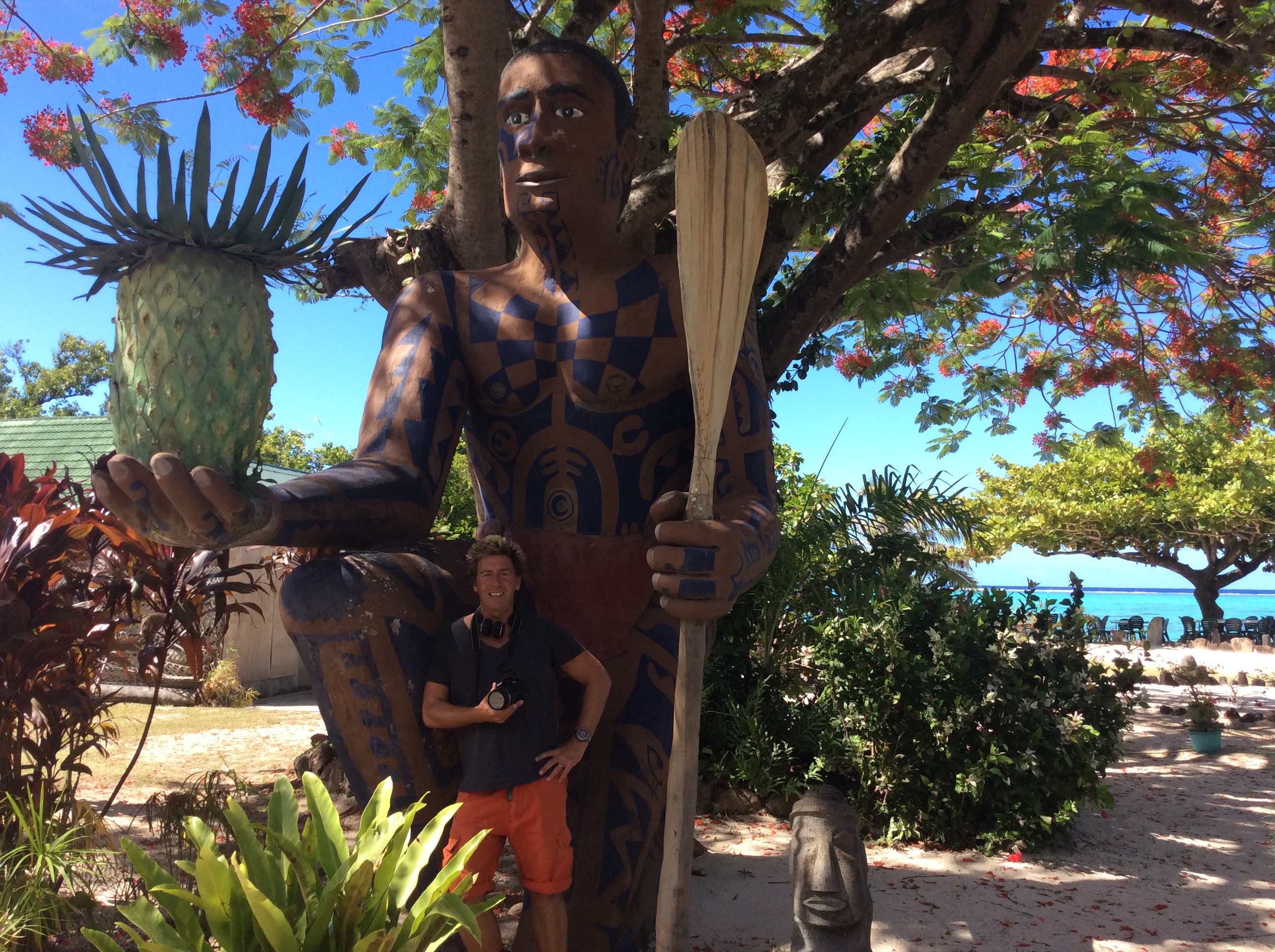 We arrived in Tahiti in the early hours and from quite a distance away the shadowy outline of the hills and peaks was quite breathtaking.

Tahiti is the main island of French Polynesia and is a sprawling metropolis compared to the other islands we’d visited so far. We docked at Papeete pronounced pa pay aye tay which is the capital. Two islands connected by a thin piece of land make up Tahiti – Tahiti Nui and Tahiti Iti. There’s a lot of repeat words in the islands – Bora Bora, Puka Puka (where Thor Heyerdahl landed in Kon-Tiki), Pago Pago. There are only 13 letters in the Tahitian alphabet including the five vowels and there are no consonant clusters or silent letters (like the k in knowledge or the p in hot tub).

The population of French Polynesia is around 280,000 and about 170,000 live in Tahiti. Of the 118 islands in the combined archipelagos, 67 are inhabited; the smallest of which is home to just 12 people. They still use francs or XPF as FP is not a French department unlike Mayotte, Reunion and others. However they all have French passports and are considered part of the EU so in theory I could move there. But I won’t.

Karla and I took a tour round the island with four others including Milt the lecturer and his wife. Our driver spoke little English so it wasn’t really a tour more a taxi ride with a few stops. There’s not really a great deal to see in Tahiti and it didn’t live up to my expectations at all. The secret to a happy life and all that…

The highlight was a street in Papeete where all the government buildings are located which didn’t look like it belonged in an otherwise scruffy looking place.

When choosing small tours in minivans it would be useful to see the other passengers before booking just to make sure they can enter and exit the van with relative ease. A woman on our tour had a curious way of climbing in the back seat of the like I’ve not witnessed before and it took a while for her to be loaded and unloaded. Karla reminded me that that could be me in 20 years time. We like the smaller tours because there’s less time getting on and off with fewer people.

The following morning we left Tahiti at 5am for a small cruise to Moorea which provided the backdrop for the movie Bali Hai and is quite beautiful. Only 12 miles from Tahiti we had to use tenders again as there’s no docking facility. 16,000 people live there and the commute to Tahiti is only 30 minutes. There’s one road around the island which is 59km long and we took another small private tour with Delores who was born and raised in Moorea. Her English was better than mine so we had a great three hours with her and at the end we all hugged her. This time we had a couple both with mobility issues – 7 replacement body parts between them but it didn’t hinder our progress too much. Moorea gets 120 cruise ships per year which keeps things ticking over. I asked her about the richest people in FP and two of the top three are Chinese (they get everywhere) but there is a French billionaire called Jean Paul who lives in Moorea. Delores couldn’t remember his surname so we just referred to him as Jean Paul the billionaire.

In 1962 France started nuclear testing in French Polynesia and up until the mid 90’s 193 bombs had been exploded here. At the time it bought wealth to the islands who were compensated however the levels of plutonium were much higher than first stated and France has since paid further compensation to locals such as six toed Claude and Francois two heads.

There are food options galore on cruise ships and I’m trying to be careful although I’ve probably eaten my body weight in cookies. Karla orders three desserts each night and only nibbles at them leaving me to finish them off. I might move seats.

Watercolour class update. After Bruce told us how civilised the class was it appears there was a dispute the other day over paint pot number 3 which resulted in an altercation.