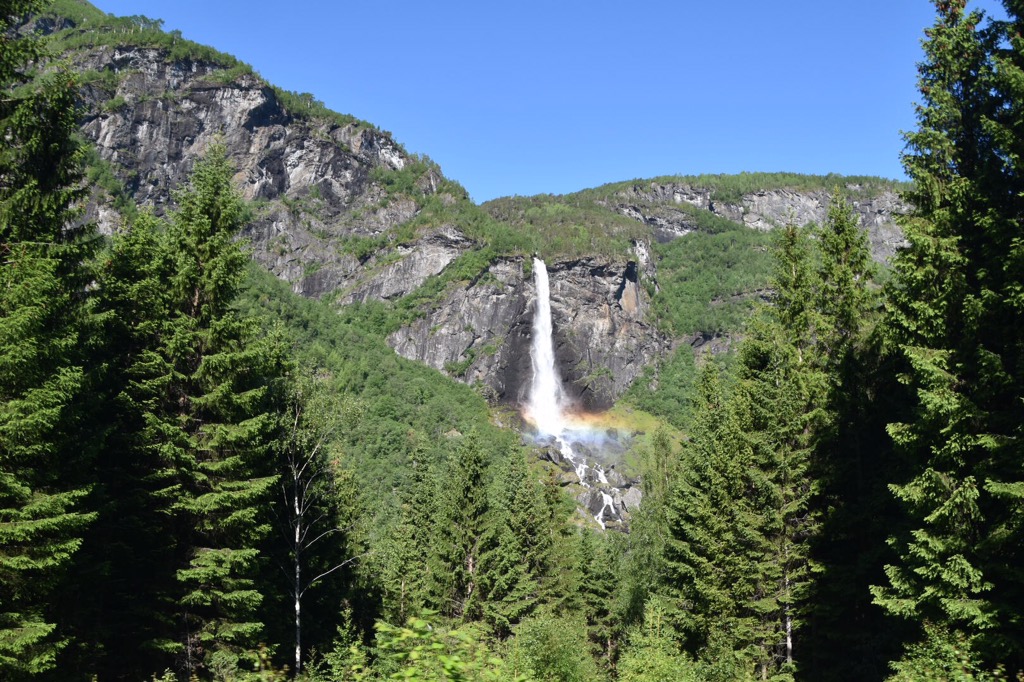 Alesund was a revelation. A pretty town/city of about 45,000 people. Me and the trio of Aussie ladies decided to climb the 414 steps to the top of Fjellstua. Fabulous views from the top and worthy of being the number one attraction.The local church was supposedly worth a visit but it was shut to tourists (strike that one off the list). Then is was off to the aptly named “The House That Didn’t Burn” which was a house that didn’t burn in the fire of 1904 where over 1800 houses were burnt to the ground. In fact, all of them except this one house which was curiously made of wood. It was a fairly unremarkable house that you might have walked right past but because it didn’t burn down 112 years ago it’s now on the tourist trail.

Dimitra and I had dinner together. She’s a very nice lady whose been successful in two separate careers: fashion and real estate. She owns a huge house (I’ve seen it on google earth) outside of Sydney.

Wow. We sailed in early this morning and I was out on deck taking pictures of the beautiful scenery. The highlight in Flam is the railway billed as the most beautiful in the world although I think the Ravensbourne to Elephant & Castle via Nunhead enthusiasts might have something to say about that. The first train was due to depart at 7:30 and all the other slots were booked for ship tours. The ship door finally opened about 7:25 and I was off and running to the station to grab a ticket. As Phil from our table ran past me I yelled “buy me a ticket” which he did and we just about made it. The train travels 20km and rises 866m through the valley between huge rock formations shooting hundreds of feet into the sky. It took 20 years to build the railway and opened it on August 1st 1940.

It wasn’t cheap at 60 USD (not to build it, for a ticket) however all of the later trains cost more and had far more passengers. It took an hour to reach the top before a ten minute stop and a return journey. Two hours in total and almost perfect apart from three coach loads of Chinese tourists (there everywhere) who were on the train albeit in other carriages. There was a photo stop half way up which is where I discovered that my Sinophobia is still rampant.

Talking with Franco the waiter last night in the restaurant, he is from Nicaragua and I asked him how the new canal is progressing. They are building one to rival the Panama Canal. He told me it was Chinese money funding the project and at first the president of Nicaragua told the people that it would create thousands of jobs for years to come until the Chinese decided to import its own workforce. I’m hearing the same story the world over. Having said that, the canal in Nicaragua may never be completed for a number of reasons. Anyway it didn’t stop Chinese occupation of ALL the benches at the railway station today.

Anyway, back to Flam for a few hours hiking and I don’t think I’ve ever had such a lovely perambulatory experience. This place is truly stunning. I took 139 photographs.

Tonight is my last night on the ship and I fly back from Stavanger tomorrow evening.

Our first Fijian stop was the capital, Suva, which was reminiscent of the Caribbean capitals…