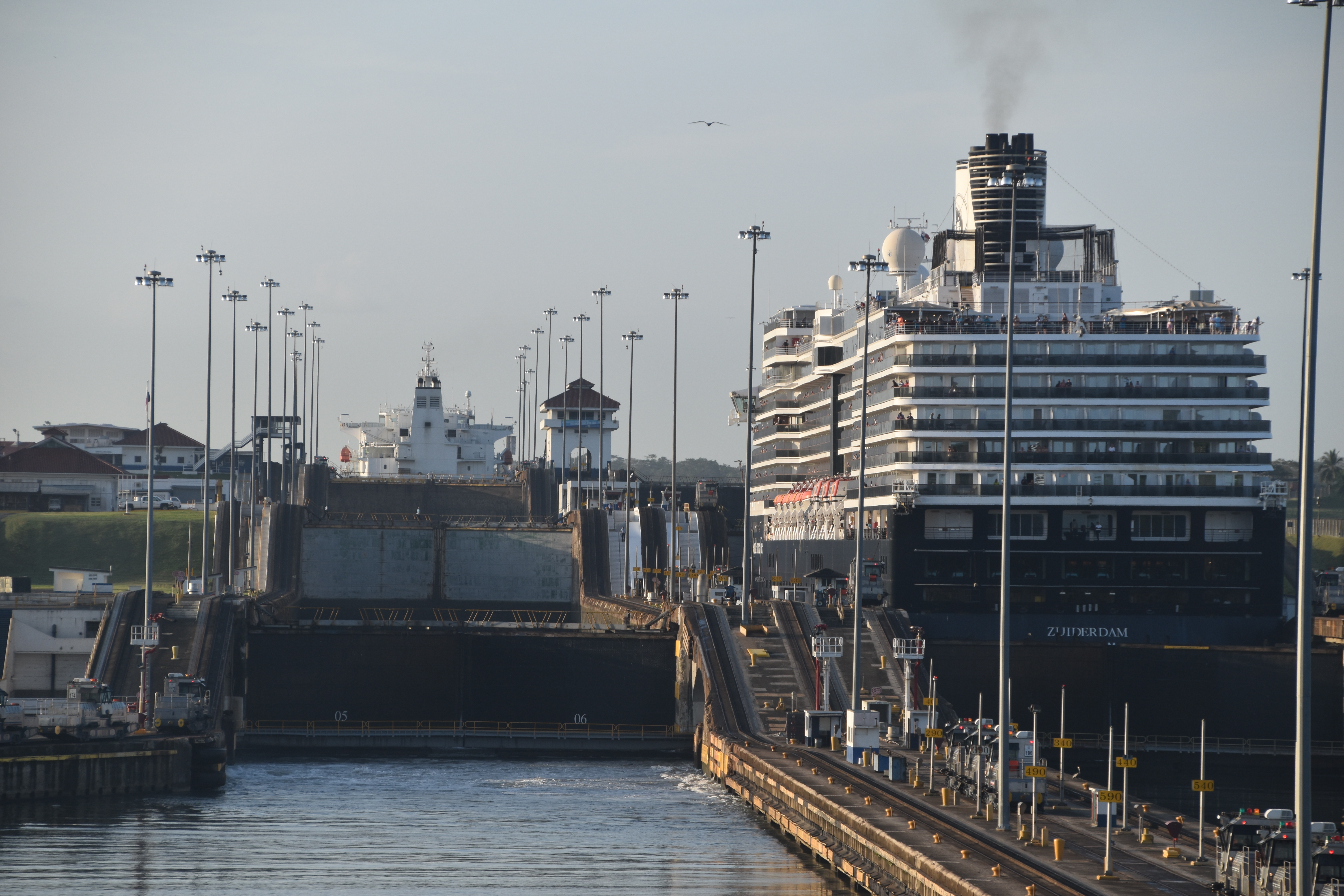 Our first stopping point was at Peurto Limon (Lemon Port) in Costa Rica and as we hadn’t booked a official tour, Karla and I jumped into a taxi and had a private tour lasting about 3 hours. Our driver Manuel spoke excellent English and was very friendly and informative which can make all the difference between an enjoyable tour and an “I cant wait to get back to the ship” tour.

Whilst disembarking the ship we found out that one of the elderly passengers (male) had died just as he stepped foot on the dock. They tried a number of things – mouth to mouth, chest pumping, jujitsu – but couldn’t revive him. One down, 1199 to go. At dinner I heard a story where something similar had happened and the wife decided to stay on for the whole cruise. I’m sure the cruise line would have given her a full refund but perhaps she wanted to take advantage of the extra hangers in the wardrobe.

Manuel took us to a Del Monte banana plantation where we saw the whole process. I never thought I could get so excited about such things but it was the highlight of my day. Like people, bananas take 9 months – six for the tree to grow and three months for the banana bit. The best part of the process was the chap who cuts them off the trees and hangs 25 huge bunches on an overhead pulley system, straps on a harness and literally runs them out of the field to the washing area. it was like the truck pull in World’s Strongest Man but with 2000 bananas.

Costa Rica has a population of 4.8m and is slightly smaller than lake Michigan. It lies just above Panama and a few facts are – women don’t take their husbands name when they get married. Also until a few years ago wearing shorts was considered disrespectful (I would have struggled). Every radio station plays the national anthem every day at 7am and CR has no standing army which was disbanded in 1948 after the last civil war. It’s a safe place (unlike Panama) however seeing someone walking around with a machete is considered normal.

Back on ship the evening entertainment was a Uruguayan Harpist (not seen one of them for a while) but it was fairly good as harp playing goes.

The following morning we arrived at the breakwater of the Panama Canal at about 5:30am to commence our 80km transit through a series of three locks over a 10 hour period. The first set are called Gatun locks which is a series of three locks which elevate the ship about 26m and towards the end of the canal the other two locks brought us back down again. Ships of 965ft can be accommodated however they are building larger capacity locks adjacent to the existing locks which can take ships up to 1400ft in length. About 30-40 ships a day pass through the canal and the cost is rather high – ship passengers are about $165 each.

The canal opened in 1914 and in 1999 the Americans finally gave it back to Panama. Panama was originally part of Columbia but they wanted too much money from the Americans so America just took it and created a new state. The French, under the guidance of Ferdinand de Lessops (of Suez canal fame) had first tried to build a canal in 1880 but ran out of money and workers (20,000 died of various diseases) so the Americans took over for the second attempt (1903-1914) and boy didn’t they just love that on the ship. Oh they were preening! Saving the day…again. The Suez Canal has no locks so it was a lot easier – well easy in terms of canal building goes.

On board during the transit they had a “swimming the Panama Canal’ event in the pool which required people to do an impression of a crocodile and then swim one length of the mighty 6m pool. Suffice to say I didn’t take part.

Once through to the Pacific side we weighed anchor for the evening just of the coast of Fuerte Amador which is a few miles from the impressive skyline of Panama City.

The following day Karla had booked us on a tour of the new expansion program for the larger locks. They should open next year and the engineering is very impressive if you like that kind of thing. In the evening we were all given Panama hats for dinner which were made in China aged 5 and up. They’ve since become a fashion accessory for many folk around the ship. The evening show was a chap with marionettes which despite being a little disturbing was rather good. Best marionette show I’ve seen in ages.

We now have 8 days at sea at 20mph. The clocks go back an hour every night now until Australia.