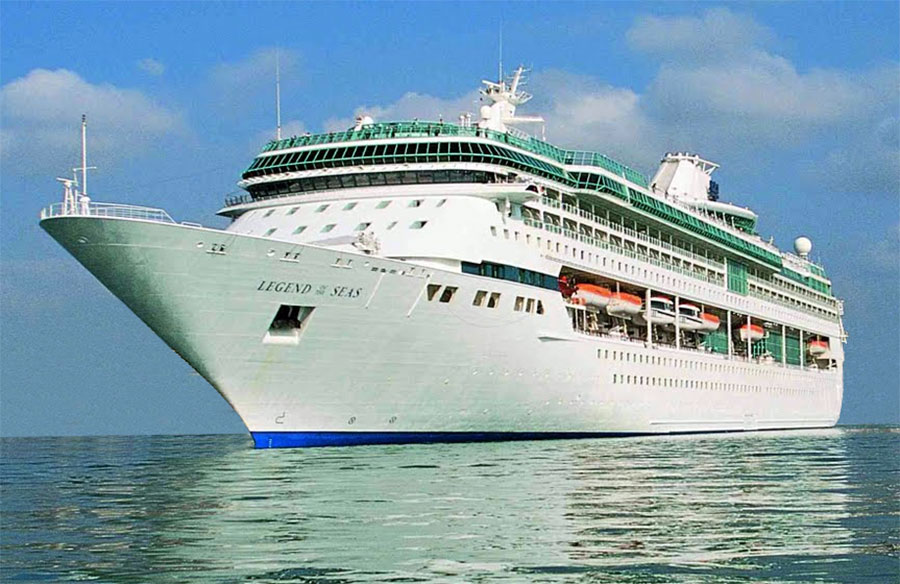 I boarded the boat on Saturday about 5pm (what a pavlova) and my immediate thought was “I’m gonna hate this”. Nothing like a positive mental attitude!

The vast majority are what might be referred to as “not my kind of people”. Lots of aimless wandering around and a real mix of nationalities although Australia is by far the most represented. The Brits are the type you bump into at Polhill on a Sunday.

Plenty of activities – origami lessons, quizzes, dancing classes, bridge, shuffleboard, rock climbing wall, etc. etc. a whole host of stuff to do so I went to the casino.

On day two there was a lunch for solo travellers which I went along to and met Karla, Steve, Jim, Sue, Gary, Hassan (who owns a hotel in Northern Cyprus – you’re all invited), Margo (whose been to 161 countries) and a couple of German girls whose names sounded like terrorist organisations.

Yesterday we were meant to stop at Taiwan however the wind was too strong (chef overdid it on the cabbage at dinner the night before) so the captain decided we should head straight for Manila 1150 kilometers away and we should arrive there this evening. So I’ve circumnavigated Taiwan but not actually stepped foot on it.

The thought of my assigned dinner table on the first evening had me conjuring up all sorts of possibilities of the exciting people I might meet. Doctors, lawyers, arty types, self-made men (or women) maybe even a Patagonian piano tuner, all from different countries on a big round table just like the Love Boat (my only real reference point for cruising). I was really looking forward to it.

I ended up with two old ladies from Romania on a very small table. Bingo! I thought; my lucky streak continues. It took me all of 40 seconds to run out of my Romanian repertoire – Nadia Comaneci, Ille Nastase and Gica Popescu. They were charming but the last two nights I went native and decided to have dinner with my single friends. I hope I haven’t disturbed Anglo-Romanian relations.

On a more curious note I was rather taken with our waiter Ramil. I’ve never felt so close to homosexuality in my life. I’ve since recovered but the ladyboys I may come across (no pun intended) in Thailand are starting to worry me.

The weather has been atrocious so I’m glad I spent extra on a balcony! Having said that the sun is shining this morning and all is well. Off to a quiz with my new muckers.