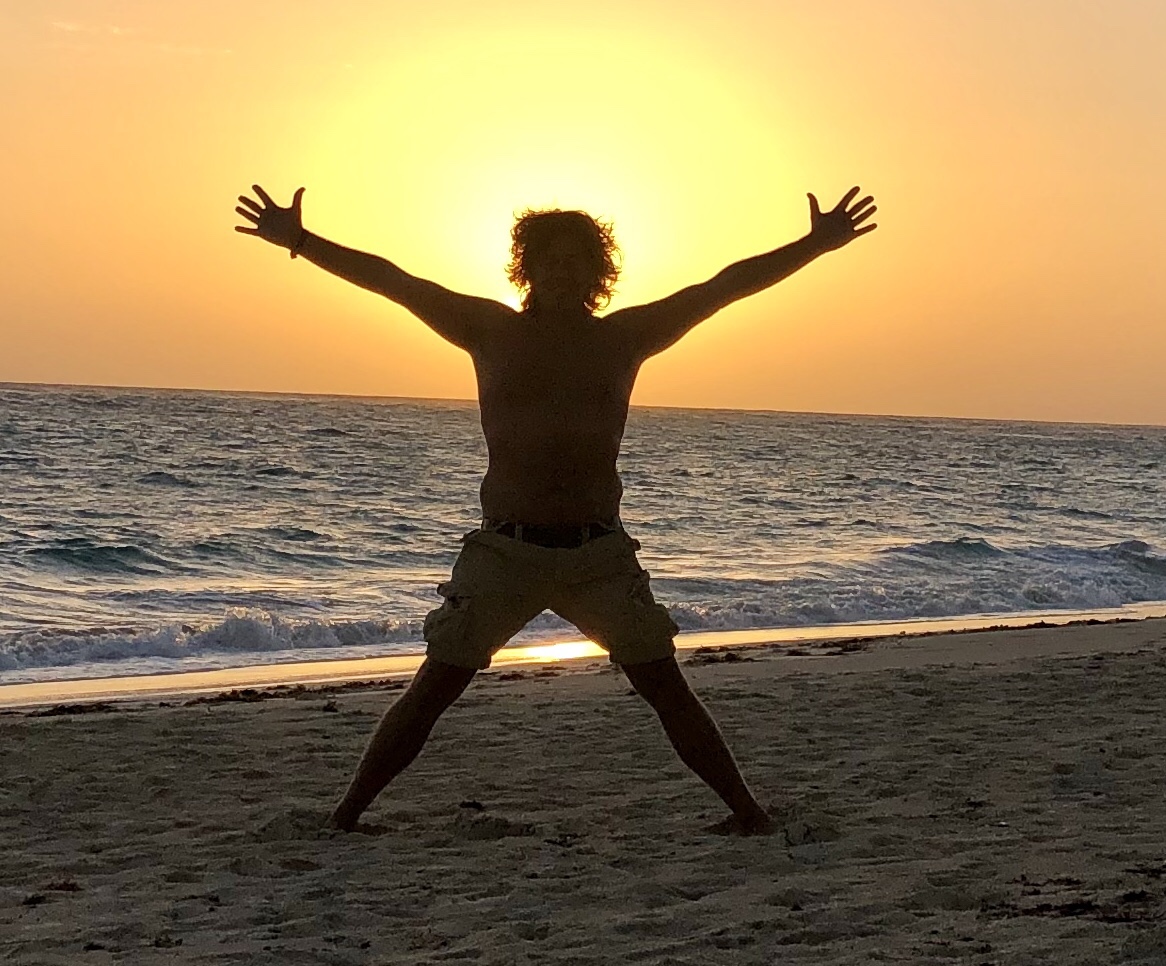 Dianna arrived on Thursday the 29th on an American Airlines flight from Miami. Just 2 1/2 hours compared with a four hour drive from the house to the airport. I went to pick her up with a taxi driver called Max, who had the best English of all the locals I tried to converse with, and he gave me a great history lesson during our 30 minute trip.

The island of Hispaniola is the second biggest in the Caribbean to Cuba and is home to two countries- Haiti on the western side and the Dominican Republic on the other about twice as big. Originally the island was completely occupied by the Spanish but the French came along and took the western side of the island and for a period of time the whole island was French. Independence came for DR in 1844.

Anyway, this was the very first place in the Americas that Christopher Columbus landed but he thought it was either China or India. His geography wasn’t that good. It turns out that he is not exactly the most popular historical figure that we might think. The indigenous people on the island when he arrived, the Taino, were naked, without weapons and rather cowardly. So he slaughtered them.

Dianna was a little wary about coming to DR due to a number of mysterious deaths of American tourists in recent years. It’s the fourth most visited holiday destination for Americans therefore you’d expect a certain number of people to expire, but many had similar symptoms and counterfeit alcohol (rum) from the minibar was cited in a number of cases. Anyway, we were assured that they no longer top up the spirits with antifreeze which was good enough for us.

It was a very relaxing 9 days with plenty of beach inactivity, glorious sunrises and curious entertainment. Halloween was particularly interesting when the dancers gyrated to popular songs with anything resembling a horror theme. MJ’s Thriller was pretty good but the stand out performance was Ray Parker Junior’s Ghostbusters where the performers wore flowing white outfits and pillow cases on their heads, which resembled a KKK rally – disturbing given the number of black tourists in the audience.

Some little factets for you: DR no longer observe daylight saving so no clock change for us. They also have the oldest university in the world which is 484 years old. The interesting names continued with Benjaury, Eriberto and Griesy.

Common to all hotels in DR are the themed restaurants and we tried the Greek, Italian, Mexican and the Indian as well as the steak house. The Indian was the clear winner but overall, what they make up for in presentation, they lose completely in taste. It wasn’t the place for a foodie. Having said that, Dianna did make good use of their abundance of waldorfs.

We met a few Americans from various places and there were certainly a number of Russians but I didn’t come across one other English person in the whole two weeks. Some years ago, DR was the most popular destination in the Caribbean for Brits but with no flights from the UK at present I guess numbers have fallen dramatically.

The weather was mostly perfecto and for the majority of the time, the rain was rather considerate occurring mostly at night. One big difference was the lack of humidity compared with Florida.

On one evening we decided to have a romantic dinner on the beach which went mostly to plan despite a 20mph wind playing havoc with my hair. We walked all the way to reception which was a fair shlep, checked-in and then were driven in a buggy all the way back to the beach. The buggy stopped right outside our room, in fact our room was the very closest room to the pathway leading to the romantic dinner spot. The comedy of the moment wasn’t lost on us – 15 minutes of our lives we’ll never get back.

Aside from the farcical election counting and being glued to the news channels for days, the highlight of the week was a dune buggy ride that we’d purchased from Henry the beach vendor. DR is yet another country with a “blue hole” – Jamaica, Belize etc., and we thought that was where we were heading after an hour in a buggy. We were mistaken. What we’d actually signed up for was a two and a half hour mud bath. First stop was a remote spot where we were hassled into buying locally made “stuff” including a drink called Mamajuana which is apparently useful to men with sexual dysfunction. And of course jewellery. Then on to a cave with water similar to the blue hole but not the blue hole. The last stop was Macao beach accessed by the worst road I’d ever driven. The beach was lovely but completely spoilt by the number of people there including locals selling everything imaginable. I now know that Dianna isn’t keen on Spider Monkeys. It did give us the opportunity to clean off some of the mud but we were only going back on the same muddy road so there seemed little point. Done the buggies. Not sure if I need to do that one again. The best bit was seeing Dianna’s clothing choices of the day. A nice crop top with long white sleeves and a pair of pristine white shorts. The shorts didn’t survive. Luckily for me my choice of “shortage” was the same colour as the mud.

The lounge at the airport was fairly unique with a swimming pool overlooking the runway. That was a first. I had to clear customs back in the US and was successful, not least because of Global Entry. Then a lovely four hour drive which turned in to a six hour drive after a stop at Taco Bell and a micro-nap in a rest area, we finally hit the hay at 3am. Lovely trip and I was so grateful Dianna came and met me there.

Our return flight on American Airlines was half empty and although My ticket was in a different class to Dianna, we sat together in economy. I tried to persuade the flight attendants to put us both in business but no luck. I’d booked business for the points and the extra bag allowance, honest.

Sailing in the Ionian Sea

Well the chaps and I have had a terrific week sailing on the water. I…