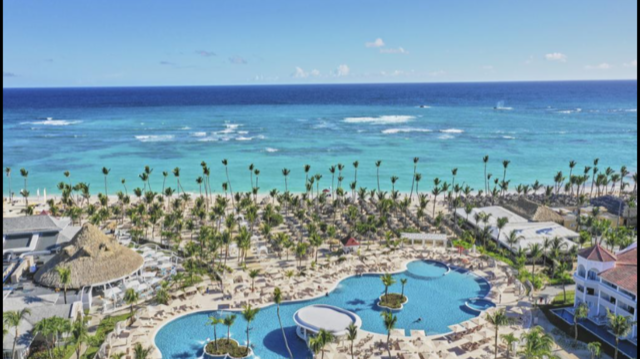 On only his second day working for Cannon Cars, Amir, originally from Bangladesh picked me up in his pristine white all electric Nissan van thing. What it lacked in style it made up for in efficiency – £4 of electricity gets him about 100 miles. It was probably the slowest journey I’ve taken to Heathrow but at least Amir is safe in the knowledge that he won’t be getting a ticket. Amir was a lovely chap and he’s invited Dianna and I to stay at his house in Bangladesh next time we find ourselves in Dhaka.

90 minutes later I’m in Zone H, T5 checking in for the 40 minute flight to gay Paris. Seat 1A which I guess is like pole position in F1. At security, I donated my third Swiss Army Knife to the trash – you’d think staff would take them home or sell them in a little secondhand shop just outside the airport but no, they go straight in the trash. I guess there are only so many SA knives one can own and the chap said there were about a hundred in the bin that he casually discarded mine into. Next one I buy, I’m sending it straight to the airport with a note saying, “you’re gonna get it eventually, so here it is”.

Having recently recaptured Silver status, lounges are once again providing my preflight zen in the form of wine and sandwiches. Things operate differently at the moment – scan the QR code and order online. Very efficient and many more staff in the absence of self-service. Chilli con carne and Cake of the Day. Not sure how it even made cake of the minute but I tucked in regardless hoping that my visual disappointment may be swept aside with gustatory gratification. It wasn’t. “Cake of the Day” really does raise expectations. “It’s so good that we’re abandoning all other cake offerings today, for this one”. The phrases, “man of the hour”, “employee of the month”, “rear of the year” are all regarded as accolades. I wish they’d just called it “cake”.

Back to my taxi driver, his actual first name is Mohammed but as the name Mohammed is almost exclusively a Muslim name, he uses Amir to avoid discrimination. I guess it just makes life easier although I suspect “Ralph” may have thrown them off the scent more. Lovely chap. DId I mention I’d been invited to stay at his house in Bangladesh.

The flight was uneventful – it went up, flew a bit, it came down. Actually it was a little stressful because not only did we have drinks to quaff and a small food parcel to polish off, there was also a health form. Normally on a flight you’re scratching around for things to distract you. This flight there was just too much to do in too little time, so I prioritised and drank the wine. The food came with me and provided a rather nice afternoon snack.

Once outside I sheepishly asked a taxi driver if he’d take me to the airport Hilton within spitting distance of the terminal. He accepted the challenge and still managed to turn it into an €8 trip. I’m sure we passed the Ibis hotel at least twice, but of course it could have been deja vu (which is perfectly acceptable to experience in Paris as they invented it).

I had booked the Sheraton which is actually in the airport itself but they’d contacted me this week saying they were closed. Not sure why. So I rebooked and found the Hilton which was located on a soulless road with other hotels, each a little less remarkable than the next. All grey and quite frankly depressing. Even a spectacular sunset from my fifth floor window couldn’t counter the drabness of this street.

No hotel shop and an empty minibar meant being fleeced for a few soft drinks to take to my room. Three episodes of the likeable killer, Dexter and I was ready for something a little more filling so I went to bar and ordered a club sandwich and a glass of Chablis – drum roll, €62 although that did include the Diet Coke. And there was no airport shuttle.

Saturday morning and I thought the sun was never going to rise. Must have been past 8, as I checked out and went for option B. Option A – taxi costing €20 if the hotel arrange it. This is something lots of hotels do now. It’s become a thing. Get your own taxi and it will be normal price. Order one through us and we will take a hefty commission. In fact we will earn more than the poor driver who’s doing the lions share of the work”.

Option B was the train shuttle 5 minutes walk away which sounded like an adventure and it was free. I needed a bargain after the €62. I wanted to reestablish the value of money in my distorted brain. So I made “a train” with my 4 bags of luggage (Dianna taught me that one) and effortlessly moved 80kg of luggage with two fingers. It worked a treat and I was in Terminal 2 in no time feeling thrifty. That didn’t last long.

Sky Priority was anything but with lots of French African families taking everything they owned on vacation. I’d paid for lounge access and was keen to get started.

Security was without doubt, the most chaotic experience of my year. They don’t queue like the British but I think French multiculturals are the problem. They just can’t leave stuff at home.

With BA I’m a somebody but with Air France I’m just riff-raff so I paid to access the lounge. The cost of lounge access is certainly increasing – €50 this time, but that just added to my determination. I had plenty of time and they even had Chablis and Pouilly Fume on offer.

There were some interesting outfits in Charles de Gaulle. I saw a chap in a white suit resembling a hazmat costume. Then I saw another thinking it was the same guy. Oh no. There were dozens of them, all Chinese which may explain why they’ve been able to control the spread of Covid so well! We even had one in Premium Economy in one of the inside seats. Separately they just looked a bit odd. Seen together I thought I was an extra in a new Star Wars movie.

At the gate there was a long queue that looked like 600 people were being crammed on to a 777. I don’t know why but queues at the gate always look like they’ve massively overbooked. This was my first time with Air France and they looked after me very well. Mask wearing is now compulsory and the only time you get respite is when you’re eating or drinking so I tried to create a new Air France record for how long I could take eating the Chocolate Cake. It had a density that allowed for such prolonged munching. And dare I say it, it was so good it could have made “cake of the day”.

We landed 8 hours 45 minutes after leaving Paris and had to wait as they disembarked us in small groups. After reconnecting with my vast amounts of luggage I had a large minibus all to myself driven by Mateo. I was glad I’d chosen an adult only resort as the plane was full of French kids on half-term. It was like the Hogwarts Express.

Having wine now at the all inclusive Bahia Principe Ambar and already in trouble for not understanding how buffets work during Covid.