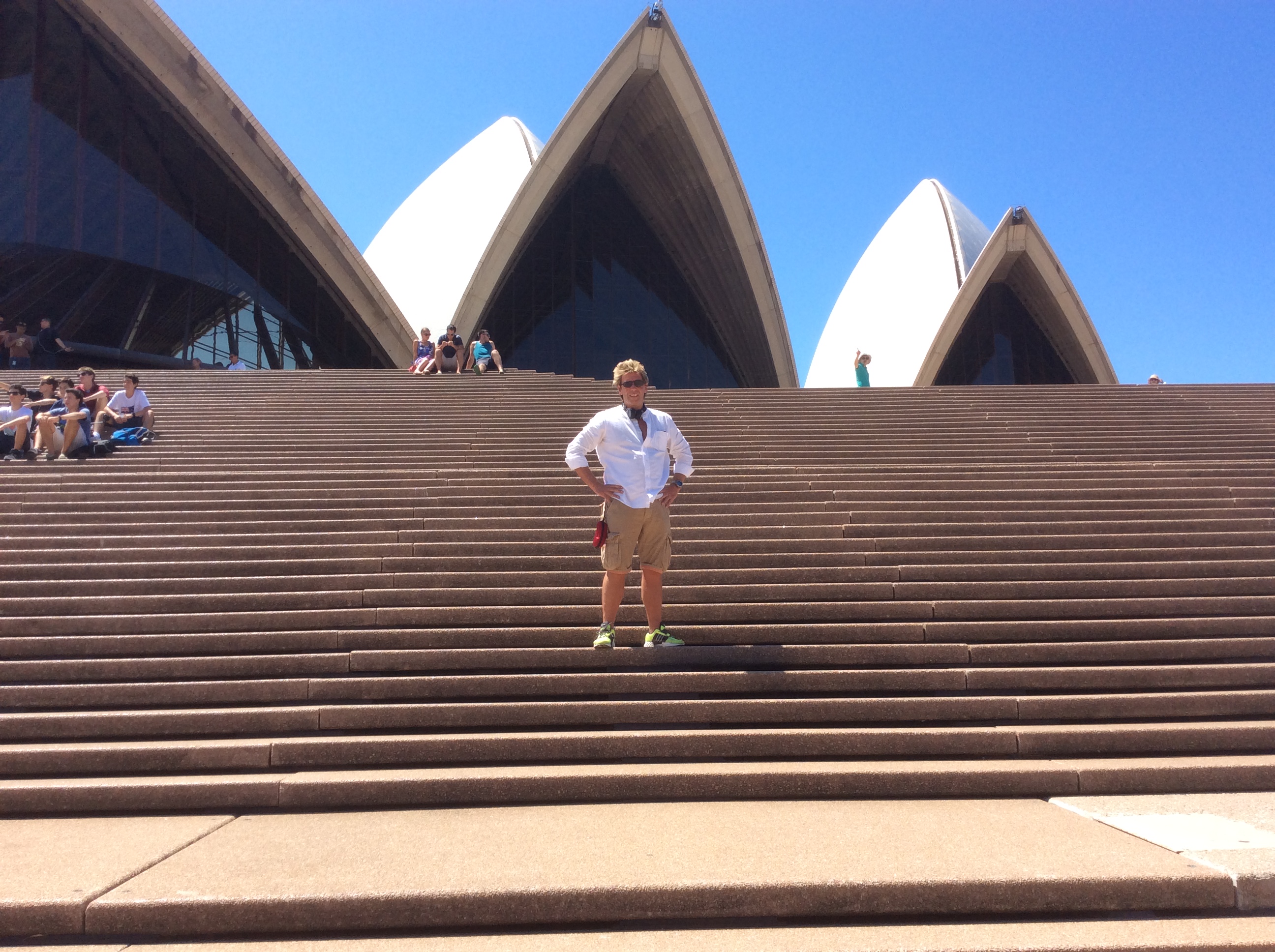 It seems like only a few months since I was last here!

We sailed into Melbourne and docked in an area near to St Kilda which is a coastal area about 30 minutes from the centre of the city. Australian customs required everybody to get off the ship whether they wanted to or not. A bit of a pavlova but we all managed it including the wheelchair guests, many of whom just stay onboard during port days.

I was determined to do some of the sights I hadn’t done during my November visit and the most notable was the Melbourne Star – a ferris wheel similar to the London Eye with great views over the city. The ho-ho bus on the return trip went along the coast and the St Kilda area is gorgeous with some fabulous sea-facing houses.

There’s a great deal of rivalry between Melbourne and Sydney and the hop on hop off buses come out with all sorts of guff about the oldest Chinatown or the biggest ferris wheel or the fastest growing city or we were voted the best sporting city in the world in 2012 or the best place to live. No city is ever the halitosis capital of the world or has the highest number of cross-dressers.

The final sea day or more importantly, my last chance to play in the casino. It was sad with the trip coming to an end. The weather was lovely so I spent the day reading in the library. Only kidding, I spent it by the pool with Asia (maritime lawyer from Seattle – you’re all invited). Our last supper with table 303 was fun and the champagne flowed.

After the last sea day we arrived in Sydney harbour and as you can guess it was rather spectacular. The sun was rising just as we passed the opera house and we floated under the bridge to dock in White Bay. Not the best place to stop but another ship was in Circular Quay and as we fitted under the bridge and they didn’t, we drew the short straw. I say fitted – there must have been only 2ft clearance.

Karla found a free walking tour. She takes frugality to new levels. The guide was great and we found out much. Australia now has plastic money which lasts much longer and saves them $2m a year. The Sydney bridge climb involves taking a breathalyser first in case you’ve been on the sauce the night before. Apparently Pierce Brosnan was refused on those grounds some years ago. There are 40m Kangaroos in Australia and the meat is very tasty. Kebabs, burgers, pizzas.

I managed to chat with the dog lady before I left, or possibly from her perspective, I’ve interrogated her. Her name is Christine and she’s a vegan from Oregon. In her 70’s the stuffed dog is a beagle called Rex who has been travelling with her for 8 years. According to Christine, Rex is fluent in every language. I know, that’s what I thought. He sometimes accompanies her on shore excursions. Whilst I was chatting with her, Christine did a flawless impersonation of a normal human being.

Leaving the ship was quite difficult as I’d made some good friends onboard and the majority are staying on for the whole world cruise. Aside from the guests I suspect the casino staff will miss me the most. They bought me a gift and also gave me a $1250 casino credit for a future cruise. I must be a good customer. Enough said! It’s like leaving a party early or perhaps being released from prison.

In the final few days Mark from California has been having a bromance with me and after his inappropriate behaviour on the dance floor the other day he was summoned to a meeting with the captain. It didn’t go well but he’s still on the ship. During the Mardi Gras party a few nights before his only crime was doing the lambada with me: an experience that will haunt me for decades.

The last evening on the ship was a bit low key. Many guests were at the opera house watching the Barber of Seville. I need to see the barber of Sydney because it’s wild.

Karla had the lowest bill in the history of 36 day cruises at under $200 and $99 of that was the kayak excursion.

I had to disembark early on Thursday morning to allow them to prepare for the next guests. Back in the Intercontinental Hotel and then a day of exploring some of the things I missed last time. The second time around and Sydney is even better than I remember it. Darling Harbour is a lovely little spot and St Mary’s Catholic Cathedral is really impressive. I watched a young Chinese chap and an older fellow play giant chess in one of the park areas and it drew quite a crowd. Once the young guy had got checkmate a couple of other chaps played so I guess it’s a daily event where the best giant chess players meet and pace around holding their chins.

We also did the Sydney Wildlife Zoo which was specifically for Australian creatures which encompassed not just the well-known kangaroo, possum, koala, wombat etc. but also lesser known animals such as the Greater Bilby. They used to have a Lesser Bilby but they’re now extinct. I think the Greater Bilbies eat them. Also the Fat Tailed Dunnart which doesn’t drink any water but instead takes fluids from the food it eats. Let’s not forget the Rufous Bettong which I bet are two words you didn’t think you’d read today. On the way out I lost Karla in the gift shop for what seemed like two days. She doesn’t buy anything but when it comes to gift shops she behaves like a snake to a flute.

I walked the bridge in the morning – not the climb; the flat version. Passing back through the Rocks area Karla made me visit a museum. As the founder member of the anti-museum league I wasn’t keen and my low expectations were eclipsed by a load of old tat – smashed plates that had been pieced back together, general crockery from the 1800’s, a couple of utensils, digging tools, old weapons. The usual twaddle. More like artyfarty than artefacts. I wanted to go to the beach!

Then it was up the main road of Sydney, George Street which is the main shopping district, stopping every five seconds whilst David Bailey took another instantly forgettable picture. She’s got 10,000 images on her phone. Did I mention that I wanted to go to the beach. We meandered our way to Chinatown and Paddy’s Market which were both underwhelming and on the schlep back I bought some mountaineering shoes. Might come in handy. Didn’t get to the beach after all.

We met with Michael on Friday evening and had dinner with him Diana and her sister Sylvia. All very pleasant. Michael mentioned that our ship had to stop on the way out of the harbour for over an hour whilst they removed a sick passenger (male in his 50’s) and he was hospitalised. It caused chaos with the other ships and ferries.

Today I’m flying to Fiji for 3 days and then on to Florida via LA. The flight to the U.S is 15 hours and Fiji is 4 hours in the same direction so I thought I’d break the trip up as I have a week to get back. And of course Fiji doesn’t sound that bad although there’s a cyclone offshore at the moment and the weather looks favourable for those in the umbrella trade. I’m also looking forward to some alone time!

It’s also Katy’s birthday which I’m sure I don’t need to remind people of. I’ve cancelled Valentines Day but please join me wherever you are and have a glass of champagne for Katy. I’ve been quite tearful this week as her birthday approached.

Next report from the Fiji umbrella shop

Today I managed to drive another one of America's most scenic drives across Kansas. I'm…