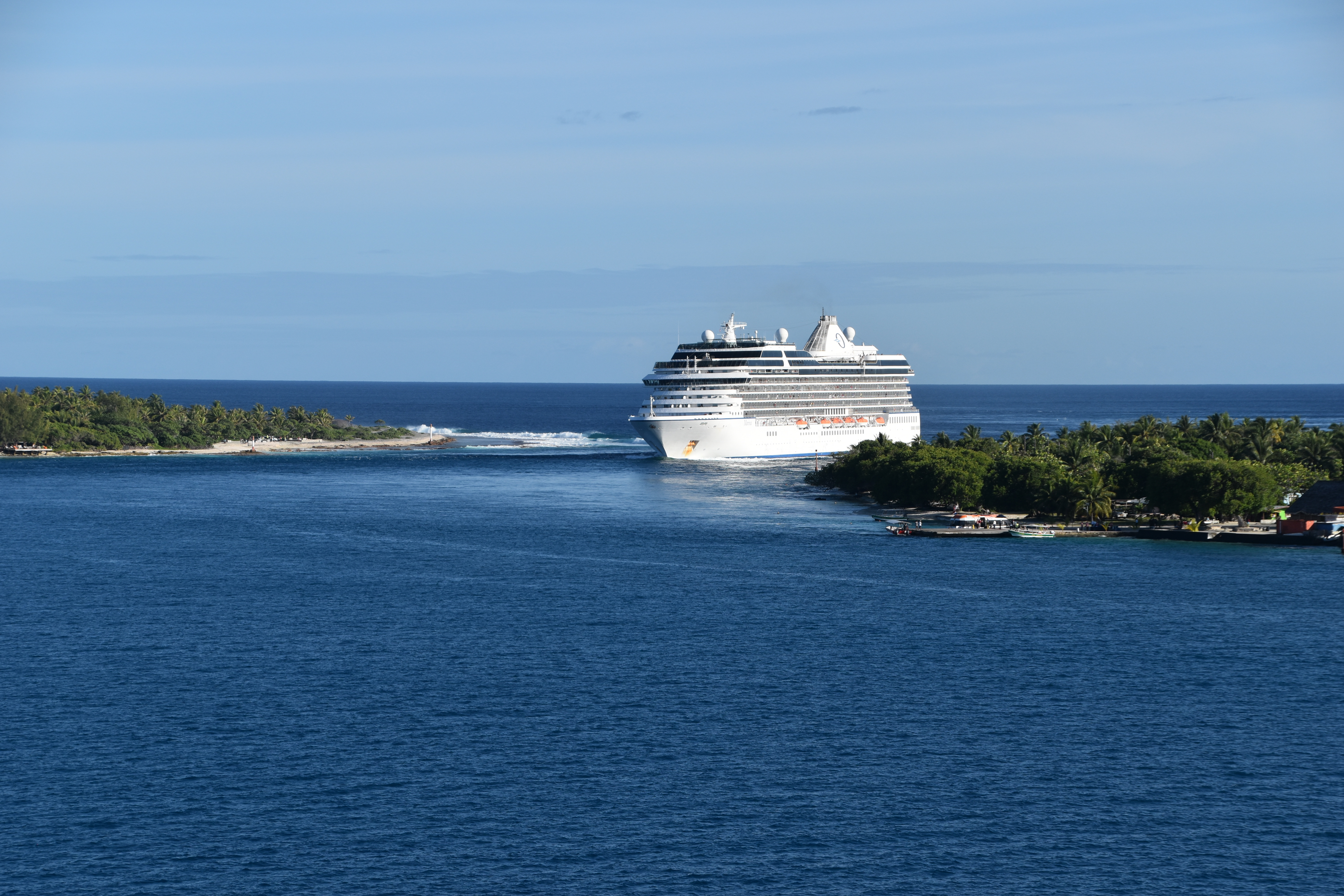 Nuku Hiva is the second largest island in French Polynesia (Tahiti is the largest) and has a population of a whopping 3,000 most of whom are the size of a small family hatchback. French Polynesia is split into several island groups including the Society Islands, the Marquesa Islands and rather bizarrely named Disappointment Islands which are a subgroup of the Taumotu Islands. We’re not stopping there; the captain says they’re a real let down.

This was the first of four stops in FP and the island was lush with green vegetation and jagged peaks however as it was formed due to volcanic activity the beaches leave a lot to be desired with black sand and plenty of sharp rocky hazards. There’s not much do do or see in NH but it was nice just to walk around. Not a place I would rush back to although I spoke to Sebastian in the Internet cafe and he left Marseilles ten years ago to make his home there. It was humid as hell: I’ve been in steam rooms with less humidity than Nuku Hiva.

To disembark we used tenders which each hold 120 people so the process is fairly quick. Karla and I spent three hours pootling about and then re-boarded for the sail away party. They have one every time the ship leaves a port of call and yes they have bunting and champagne and canapés. All good fun.

We’ve had another death on board. One of the bridge players this time and only 67 so one of the younger passengers. He’d been unwell and quarantined in his cabin. The steward found Dave on the floor. There’s a morgue on the ship set up for either three or six people – I’m getting mixed reports from other passengers. I heard another person say that the average number of guests who die on a world cruise is 13 (unlucky for some).

Rangiroa (endless sky in Tahitian) is in the Tuamotu Islands which is one of the five island groups in FP. There are 77 islands in the atoll and we sailed in through two of them in a passage only a few hundred metres apart. The sun was shining and the water in the lagoon was the most beautiful blue. Another ship followed us in an hour later so we were able to get some good photographs of “shooting the hole” as the captain put it.

Again not much to see or do in Rangiroa but the weather was beautiful so we just walked about for a few hours. I overheard one passenger ask why we stopped in these remote Pacific Islands and he had a point because they are pretty dead in terms of activities. Rangiroa didn’t even have fridge magnets which was a little distressing for me.

World cruising seems to be very popular, particularly with Americans. Ellen at our table has done nine whilst a chap called Ed has done 18; 11 walking and the most recent 7 in a mobility scooter. Apparently someone onboard has done 27. I’d always thought it was a once in a lifetime thing but these people are real addicts.

Today we arrive in Tahiti where a lot of the entertainment staff get off and new ones board. Last night we watched the sunset so missed our usual dinner slot and ended up doing anytime dining where you get a random bunch of people. We had American Patrick who has a son whose been on a life support system for ten years, Jim and his wife from the blackjack table, Richard and his wife from poker and Lydia from Las Vegas who doesn’t gamble.