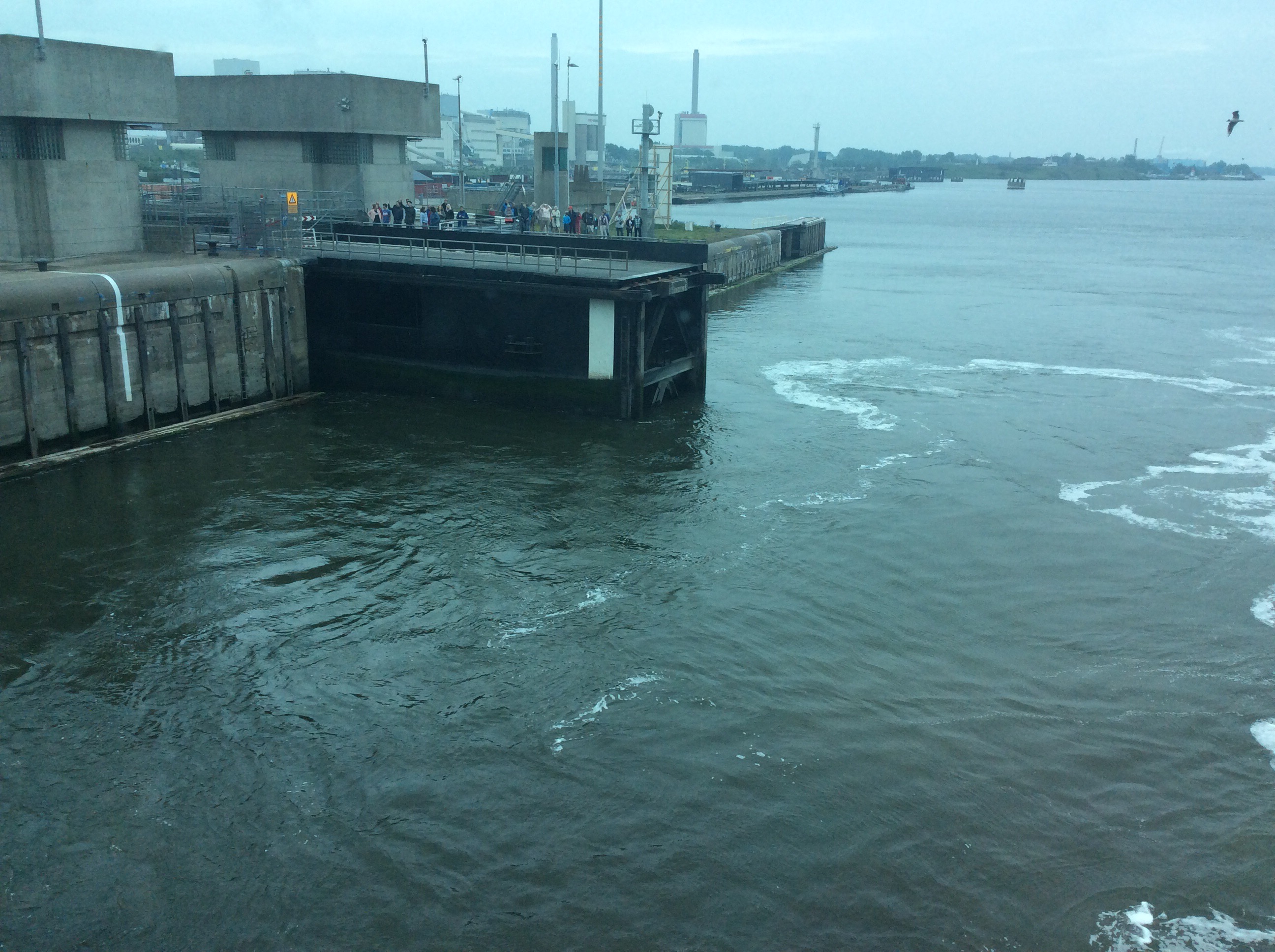 It was actually quite odd spending the day with a bunch of complete strangers. Not one person all day that I’d ever met before. How often does that happen? Of course it didn’t stop you lot all texting me with little reminders.
The flight to Schiphol was just under an hour. Schiphol means Ship Hole in English which is comforting. The airport was a confusing place and once you’ve disembarked there’s a 20 minute walk past restaurants, shops and gates before arriving at passport control. I joined the wrong queue and nearly boarded another flight.

Once outside, I became embroiled in an argument between rival taxi suppliers which seems to be a growing problem (sailor Richard experienced it in Greece a few weeks ago).

I ended up in a Tesla driven by Atilla; Dutch born but Turkish by descent and probably the nicest taxi driver I’ve encountered in all my travels. I had some time before check-in so we agreed between us that a detour via the red light district where half naked girls adorn shop windows might be a culturally enriching experience. It was. Like they say, always trust a Turk in a Tesla. Most of the girls were Eastern European and as we completed our “drive by” I wondered whether it was the most popular window cleaning contract in the whole of Holland.

In the Amsterdam cruise ship passenger terminal, the departure lounge resembled a seaside bandstand at nap time. My hopes were high!

I was on the ship by lunchtime and the cabin was fabulous. An inside cabin with an enormous shower, 40′ flat screen TV (I say flat screen in case you thought it was a CRT) and a fridge. For those interested in textile facts, the thread count on the pillowcases is 300 and they are super soft.

The ship, the MS Koningsdam was launched in April and is both the newest and largest in the Holland America fleet. It accommodates about 2600 passengers so the biggest ship I’ve been on to date.

We left at 4pm and two hours later reached the lock at the end of the canal where the difference in height from the North Sea is 90cm. Hardly seems worth it. Then it was into the North Sea for the passage to Norway going into force 7 winds of 25 knots.

After my first quiz with new pals L.A. Dan and Sheila from Vegas I attended the solo and single travellers meeting. I arrived late and there were only 7 people. The early conversation was about operations and replacement body parts. I was beginning to regret leaving the casino. Anyway I managed to lower the tone and things improved greatly, so much so that we’ve decided to have dinner together on Monday night – black tie. Three Americans, three Aussie women (one who was getting slowly hammered), me, and Nigel from Tunbridge Wells. I made my excuses and went back to the casino for some blackjack.

So that was 29th May successfully navigated whatever that means, spent with strangers but with some very nice texts and emails from you lot.

Monday was a sea day the highlight of which was the sauna with a floor to ceiling window overlooking the sea. After some sporting activity in the morning I attended a detox, healthy eating, lose weight seminar run by Sebian Alex. It was packed: standing room only and probably the most depressing hour I’ve had in ages. They could have sold razor blades on the way out. Anyway the upshot is we’re all doomed unless we drink just water. At the end of the presentation he was selling some sort of seaweed algae pills but warned that in the morning you will smell like you’ve emptied your bowels in the night. Alex certainly brightened up the day.