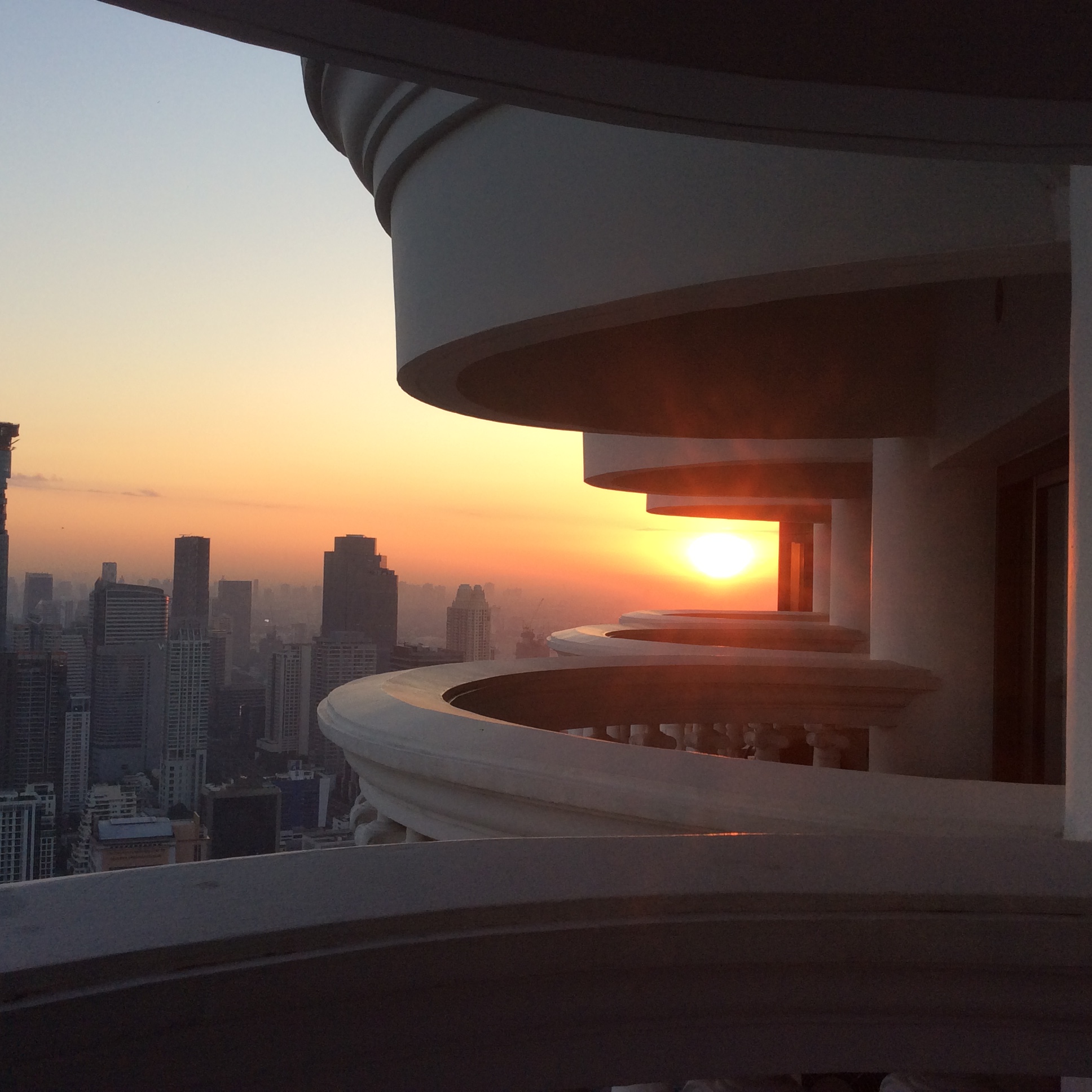 Thailand has a population of around 70 million and its total area is a little over twice the size of the UK. 93% Buddhist – China has more Buddhists at 20% of the population but it must be second in terms of numbers of people.

Thailand is the only country in South East Asia never to have been colonised which accounts for their terrible English. Appropriately though Thailand means land of the free. Last little fact, it’s illegal to leave your house wearing no underwear. I’m wearing double layer pantage just to be on the safe side. Another last little fact. You can’t buy alcohol between 2pm and 5pm in Bangkok. We found this out today at 2:01.

A one hour flight on Air Asia to Bangkok seemed far more appealing than 10 hours on a bus and I arrived at the airport at about 5:30. Friday night is notorious for traffic jams and the queue for the taxis was over 4 hours long. So I found an executive car service which cost 5 times as much but with only an hour wait. Still only £20 for a 30km journey.

I stayed at the Tower Club at Lebua which was featured in the movie Hangover 2. Very luxurious and everyone bows. Very peculiar but it’s infectious and I’ve started doing it myself. The bar on the roof is on the 64th floor and is quite spectacular although a glass of wine cost me almost £20. I have a huge room with a semicircular balcony.

I met Steve and NIck for dinner and then we found one of the most interesting bars I’ve ever been too, Maggie Choo’s. Imagine Chinatown in San Francisco in the 1930’s and a club downstairs with a black singer in a white suit singing Motown songs (from the thirties) and Chinese girls sitting on swings suspended from the ceiling. I was befriended by Kingsley from New Zealand who works in Bangkok as a lawyer who asked me if I was famous. I think it was his chat up line however my gaydar was turned off. However on reflection looking around there were lots of single sex couples and single sex groups so I suspect it was a bar frequented by uphill farmers and those drinking from the furry cup. Steve, Nick and I just looked like a gay trio (especially Steve and Nick).

After that we had a last beer on the roof of the hotel which was still throbbing at midnight (nothing like a midnight throb).

A boat trip down the Chao Phraya river which runs through Bangkok, to the main temple which was stunning. Then to see the reclining Buddha which wasn’t that marvellous.

In the evening it was off to a sports bar with the chaps to see all the premiership games. There was a bar next door – picture below! We didn’t go in…

Although it was the best hotel thus far, there were many things I didn’t like about it – “rules and formality” two of my favourite things (reverse litotes). Having said that I was allowed to clear out the mini-bar of soft drinks each day as part of the deal. I don’t think they realised I was a professional.

Sunday was a lazy morning by the pool followed by some speedo shopping and we passed the shrine where the bomb went off in August killing 20 people. Steve is off to Taiwan tomorrow so managed to offload the Taiwanese dollars (which are difficult to spend when you’re a circumnavigator).

Tonight I’ve moved hotels because the useless staff at the Lebua weren’t able to extend my stay – apparently I had to do it on the internet! In truth I was happy to leave and now I’m at the 5th best airport hotel in the world. It’s fab and called the Novotel.

I’ve managed to survive 5 nights in Thailand unscathed although having said that I did find myself as the only tourist dancing on a stage with two Thai girls dressed in underwear during my last evening in Krabi thinking “what on earth am I doing – you shouldn’t dance in flip flops!”

I fly to Melbourne Australia tomorrow for the next part of the adventure.