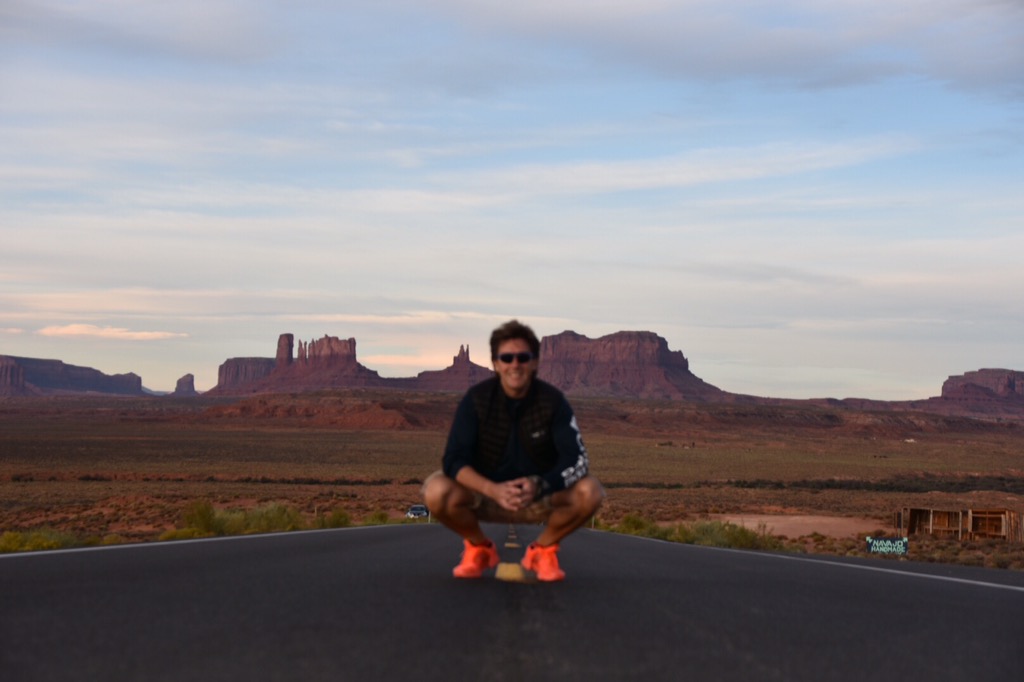 I awoke early at my 2 star hotel and was on the road by 6:30. I drove back through Monument Valley as the sun was rising and it was a splendid experience. I arrived at Lake Powell at what I thought was 10am but was really 9am as Arizona. I’m good with time zones!

I was with a number of the South America/Antarctica cruise buddies – Lydia, Deanna, Anthony, TIm, Julie, Sheryl and Jeri plus John, one of Tim and Julie’s friends from Minnesota. The boat – a rather unattractive craft, was 65ft long by about 15ft wide on two levels. Five cabin, two bathrooms (not enough), a non functioning jacuzzi and a water slide. We had also hired a speedboat which we towed behind. The others had spent the night on the boat. It was great to see everyone again and meet John