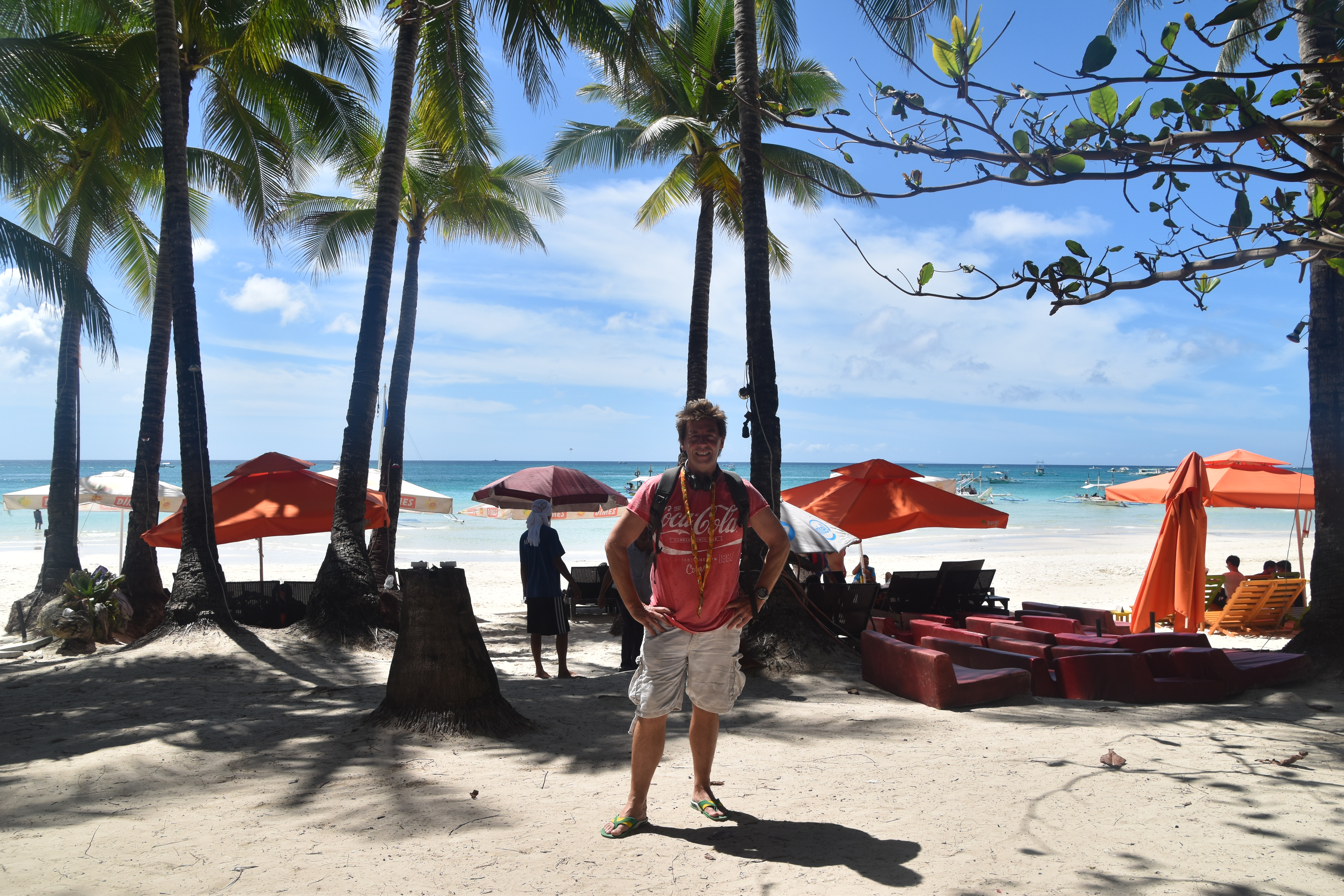 Two more stops in the Philippines to use up the pesos – Boracay and Palawan – two islands the first of which has beautiful white sandy beaches and is like a large Maldivian island just with 10 million people. The second, Palawan is much bigger and I spent the day with Karla from Miami – one of me new pals and we had a hoot. She is the funniest girl I’ve ever met and laughs all the time. Reidan was out driver who looked about 12 but assured me he was 33. Apparently it’s the melanin which I thought helped you sleep at night but hey ho.

Another church, another museum etc. etc. and then the butterfly sanctuary where I held a millipede (Ed) which was quite tickly and then the tribal village where an indigenous tribe still hunt  and do all the other stuff that indigenous tribes do. There’s something quite primal about seeing a man in a loin cloth shoot a blow dart at a hapless pigeon. Lubricated with beeswax he shot the dart through an 8ft bamboo pipe with great accuracy.

After that it was a cave and meditation area where we had the opportunity to put our feet in a pond where those dry skin eating fish exfoliate for fun. They had a field day with me. They don’t feed these fish; just wait for tourists to put there feet in the pond ( which is illegal in some countries).

The Filipinos ( Filipina for women) are an attractive race until they hit 30 and by the time they hit 70 they look like an old flip flop. This morning Hassan the hotel owner from northern Cyprus ( you’re all invited) confided in me that he would like to marry Sue the divorcee from Chicago. He’s a small chap in his late sixties who smiles all the time, speaks average to abysmal English and has the longest selfie stick I’ve ever seen. “Do you think it’s a good idea” he asked me. Well I rate his chances at less than zero but he has a wonderful optimism which is so endearing. I could warn Sue of course but that would be no fun. The entertainment on the boat is a little suspect but I think I could sell tickets to the Hassan marriage proposal. Next stop Borneo.

Our first Fijian stop was the capital, Suva, which was reminiscent of the Caribbean capitals…