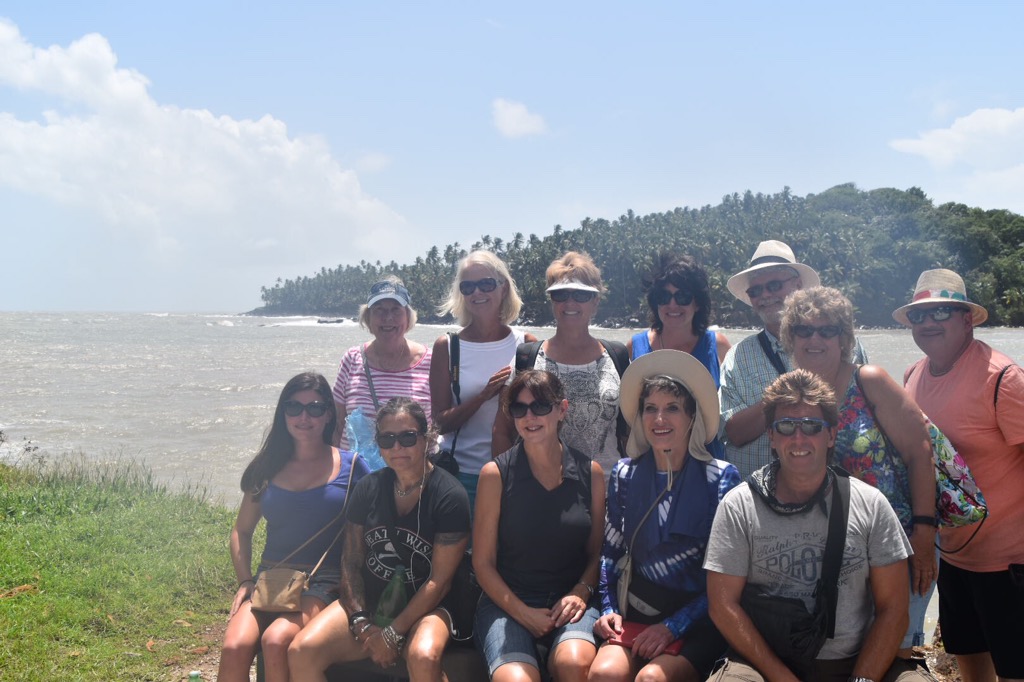 After a couple of sea days we reached the Salvation Islands which are a group of three islands – Devil’s Island, Saint-Joesph and Ile Royale. We visited Ile Royale which is the biggest although it still only took an hour to walk all the way round. They were known collectively as Devil’s Island which is the name most associated with the notorious penal colony however all three islands were home to prisoners. Saint-Joseph just doesn’t sound that menacing. The islands belong to French Guiana and lie 7 miles off the coast. What I didn’t know was that French Guiana belongs to France and is not a country in its own right which means that South America only has 12 countries not 13 like I’ve thought for more years than I care to remember. French Guiana is actually part of the EU.

The movie Papillon depicting the incarceration and escape of Henri Charriere starring Steve McQueen and Dustin Hoffman was set on Devil’s Island and the Phanton of the Opera escaped from there in the film version. The penal colony was active from 1852 to 1946 and some 80,000 prisoners who were sent there were never seen again, many dying from yellow fever. It had a reputation for its brutal conditions and ranks as one of the worst prisons of all time.

The irony is the islands are a tropical paradise. Beautiful sunshine, a firm breeze and swaying palm trees. No one lives there but the islands receive 50,000 visitors per year which is quite staggering considering their size (a quarter of a square mile). There were a number of holidaymakers we saw around the island many of whom looked like they were staying in what were previously prison buildings who no doubt go there for peace and tranquility and then a cruise ship turns up. There were no beaches and the waters around the islands were quite lively and shark-infested. The three islands are only a few hundred metres apart but swimming between them wasn’t advised which suited me just fine.

In the evening the ship’s theme was prison night which some thought was bad taste. I heard one guest say “why don’t we have holocaust night next time we visit Poland”.

Although I’d been to Barbados a few times I was excited to visit again because Anne and Keith were over from St Lucia. I was trying to get them on the ship to take a look around and all was going well until I encountered something called bureaucracy. Of course I’ve always been a big fan of red tape and I do enjoy being thwarted so. Anyway we abandoned that idea and headed for the Boatyard which is an 18-30’s type beach club with sunbeds, music and inflatable sea toys. A favourite with cruise ship passengers because of its proximity to Bridgetown where the ships dock.

One of the highlights was watching Alexa on the rope swing failing on part two of the two part process and hurtling back toward the solid wooden dock. She let go on the second attempt. Apparently she was trying to gain momentum. We had a super day that became better and better with each drink. One of those. I was asleep by 9pm. Enough said.

This morning I suffered mild shock as the minibar attendant stormed into my room while I was dressing without the merest hint of a knock to see how many carbonated drinks I may have liberated. All I can say is lucky I was wearing socks.