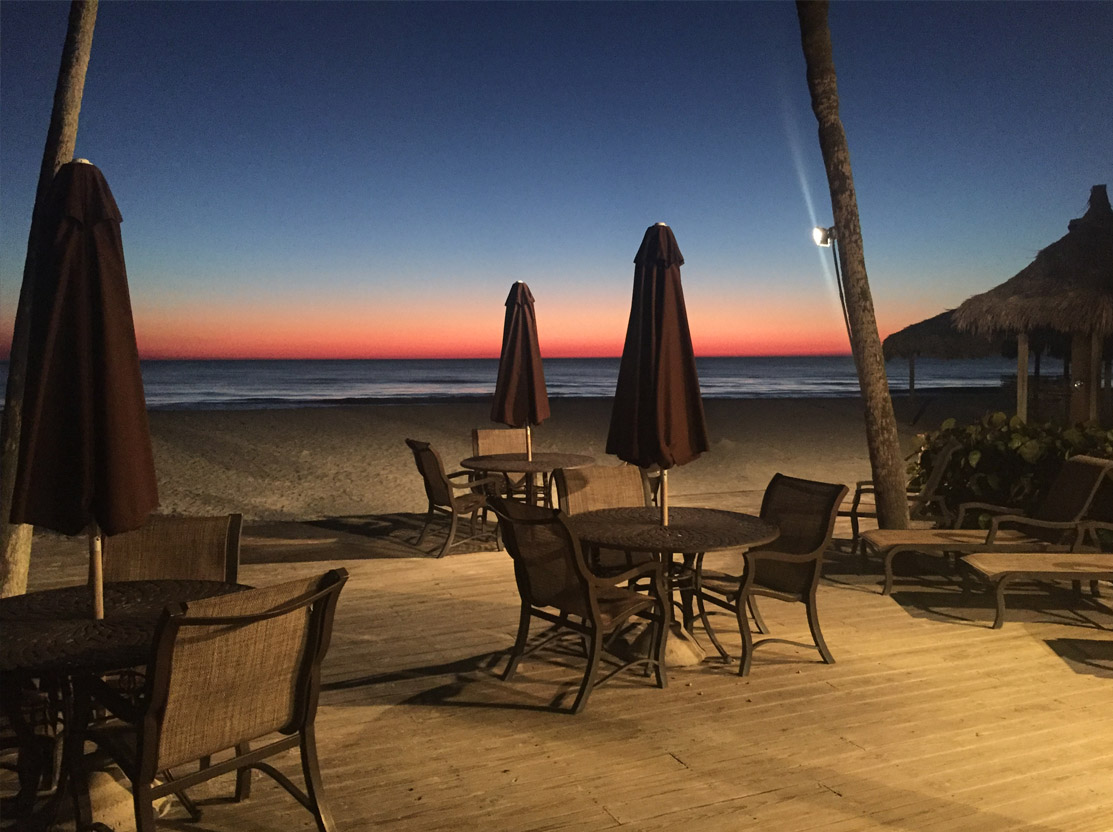 An Afternoon in California

I arrived in L.A. ten hours before I left thanks to the dateline. First off the plane and an improved border control experience far more like the Australian system. Grabbed a cab to the Westfield mall thinking I might spend all day there but it was very average so I jumped into another cab and went to Marina deal Ray and walked up the promenade to Venice Beach which I haven’t visited since I was 19. Same weirdos.

I stopped and had a chat with a tramp called Mark from Denver. Apparently it’s all Obama’s fault that he and his dog Ralph are on the streets of LA. There were lots of homeless people hanging around VB. The weather was fantastic so I spent a few hours there before returning to the airport for my next overnight flight to Orlando.

Well so much for my smugness over the first class AA ticket. The seat was tiny and I didn’t even have a TV let alone a flat bed. It was how I’d imagine Aeroflots first class to be. And the white wine was J Arthur. One sip!

I arrived in Orlando at 6am and hired the car from Alamo. A convertible Camaro which was fine and 130 miles later I was in Lido Key where I haven’t been for 20 years with Jo and Louise.

I fell asleep on the beach and in the early evening at sunset sat at the bar. I got chatting to Steve who is one week younger than me although he looked older. Steve worked at Apple for 12 years and met Steve Jobs a dozen times. He also worked for IBM but his claim to fame was being the developer for Monster.com. He now lives in Sarasota and is retired through ill health. He had something called Huntington’s disease which is a generic brain degenerative disease which he’s had for 8 years. In 2013 he spent four months in a coma. Then he admitted to me that he sleeps rough and spent last night in the men’s bathroom at the hotel. I thought he was a guest…He was told by his parents at the age of 13 that he might have this disease but took no notice. He’s got four kids in Indiana but now that he’s hit hard times (after earning a fortune over the years) he doesn’t speak to them. He needed to talk to them and Rachel the bar person (his best friend) said the same thing to him. Together we persuaded him to email his oldest daughter and I said I’d buy him a flight to Indiana to go and see her. The kids don’t really know about his mental condition and he’s too proud/ stubborn to say anything. I said that we’re all in this together and had a good old chat with him.

I went to watch the first of the South Carolina republican interviews – what a hoot that was but I was feeling a bit squiffy (lightweight Paddy) so after going for two mini-walks and the squiff not abating I decided the pool might be a good idea! It’s as hot as a jacuzzi so half an hour in there at nighttime and I fell asleep hanging onto the ladder. I only awoke when my face hit the water. Not sure how long I was asleep for. Not done that before.

Thursday morning was another beautiful sunny day so I jumped into the convertible Camaro and headed for Siesta Key about 20 minutes away. Voted Americas best beach. It’s a lovely place and I think I could definitely spend some time either there or here in Lido Key. Had a chat with a realtor…I’ve been travelling for 15 of the last 17 weeks and seen some fabulous places, but nowhere feels as homely as this. Jo, Louise and I spend some time here 20 odd years ago. Roger, I think you’ve been here too. This is my eighth time to Florida and I just love it.

Flight and ID sorted for Steve and I took him via the homeless shelter to get some things. That was an experience. I guess the weathers is good year round in Florida so if you’re homeless, Florida is a good place to do it. I’m packing him off in a cab tomorrow morning. His daughter has responded positively.

Last day tomorrow and I fly back from Tampa tomorrow night. See you soon.

Simply stunning. Rio must rank as one of the most beautiful cities in the world.…