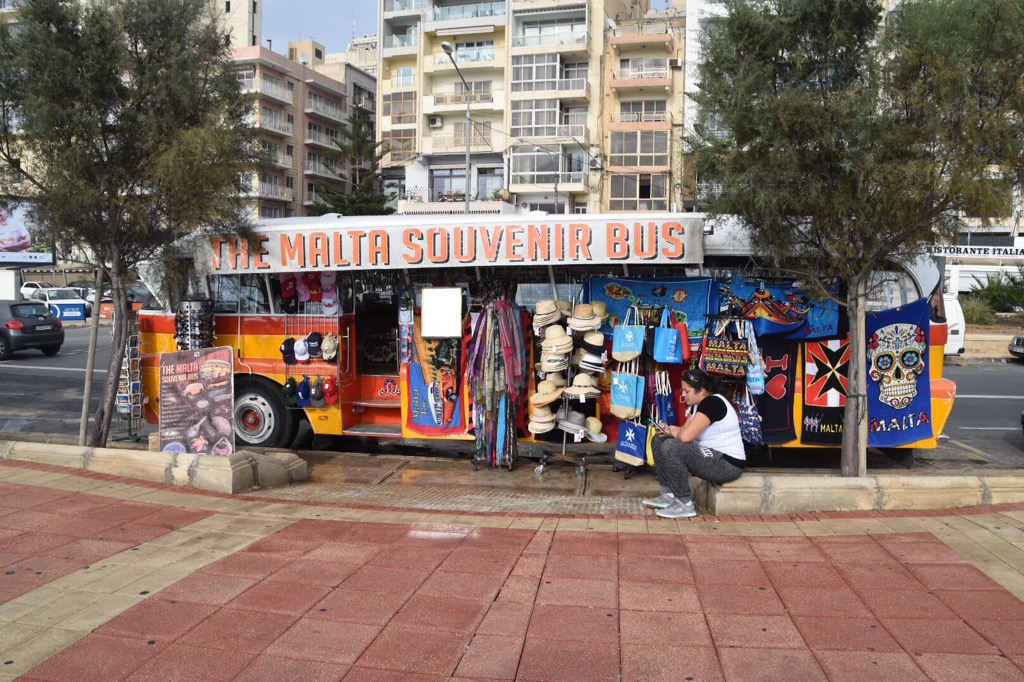 Saturday was our final sea day and if the highlight was having my torso smothered in seaweed, fitted with electrodes and connected to a power supply with the aim of instantly losing an inch from my waist, then the low point was being talked in to a game of scrabble with Susan, Brenda and Nancy. In fact it may have even been the low point of the whole cruise. It was as if I’d slipped into a parallel universe. I’ve had nightmares that were more pleasant. Nancy was on my team and struggled with the orientation and direction of the letters. In fairness I think she was playing an entirely different game. Team Susan and Brenda now hold the record for most single digit scores in a game. “TAIL” for 6 points was my favourite.

Two nights of storms on the journey from Crete to Malta had kept me awake. The seas were very rough and although I don’t suffer from seasickness I do suffer from “what on earth was that noise in the middle of the night” sickness. On the first night I dreamt I was put in charge of a lifeboat on the basis that I could operate the whistle. The second night I just lay awake making a mental list of the items I would pack into a small bag should we need to evacuate. It was interesting what made the cut.

Our arrival into Valletta was quite lovely. I’ve not been here since I was a teenager so no new box to tick although an opportunity to purchase a magnet excited me more than I think mental health professionals would regard as normal.

The ladies and I disembarked and despite saying I wouldn’t never again use the hop on hop off bus, the €7.50 ticket price was too tempting for my trio of bargain hunters to turn down. We did the northern section of the island first and Brenda’s desire to sit on the top deck provided us with a rather pleasant 50 mph wind in the face experience as the bus lurched over the uneven roads and potholes. I’ve been on tamer roller-coasters and having spent two nights being thrown around my cabin on the high seas I think it’s fair to say I wasn’t enjoying it as much as perhaps I could have. Our first stop was the town of Mosta where there is a church with an enormous dome. During World War II a bomb dropped into the church during a service but it didn’t explode. Quite amazing really and the people of Mosta saw it as a miracle (rather than inferior German bomb making). That’s religious people for you.

I know. Four paragraphs and I’ve not mentioned any facts and figures yet so here goes. Malta is an archipelago with three inhabited islands – Malta, Gozo and Comino. The island of Malta is around 95 square miles making it about the same size as Antigua (Gozo is 26 and Comino 1) and a population of 450,000 makes Malta the tenth most densely populated country in the world.

On arrival back in Valletta I decided to walk around for the rest of the afternoon and it really was stunning. On a par with Venice for breathtaking vistas round every corner. I was on my own at this point having escaped from the bus but Susan and Brenda found me by accident and rather interestingly were trying to bribe me NOT to blog about the scrabble.

The second day in Malta was meant to be in Gozo but the sea swell was too much for the tenders so there’s no Gozo(ne) and another day in Malta was planned instead. This time it was raining so we hopped in a taxi and headed for Mdina which we’d passed yesterday on the Exfoliation Express. Our driver Charlie had some suggestions of his own so we ended up going to Rabat first to see some Catacombs, WWII shelters, a grotto and a museum which for five euros was absolutely splendid. Then Mdina which didn’t take too long to walk around primarily because there weren’t too many shops and then it was back to Valletta.

We lunched at Eddie’s where a bottle of wine was only €8. At that price it would have been rude not to get a little sozzled but I did question the wisdom of lunchtime wine as I meandered back to the ship for a nap. I’m sure I picked a fight with a lamppost on the way.

More electrodes at 5:30 for instant svelte followed by the hot tub and a delightful evening in the casino where I think I may have won.

In the hot tub I was chatting with Florida Bill who spent 20 years in the military which entitles him and his spouse to free transport on military planes. To get to Barcelona where he picked up the ship 40 days ago, they flew from Florida to Norfolk Virginia, Norfolk to Cadiz Spain and then drove across to Barcelona. It cost them $21 each.