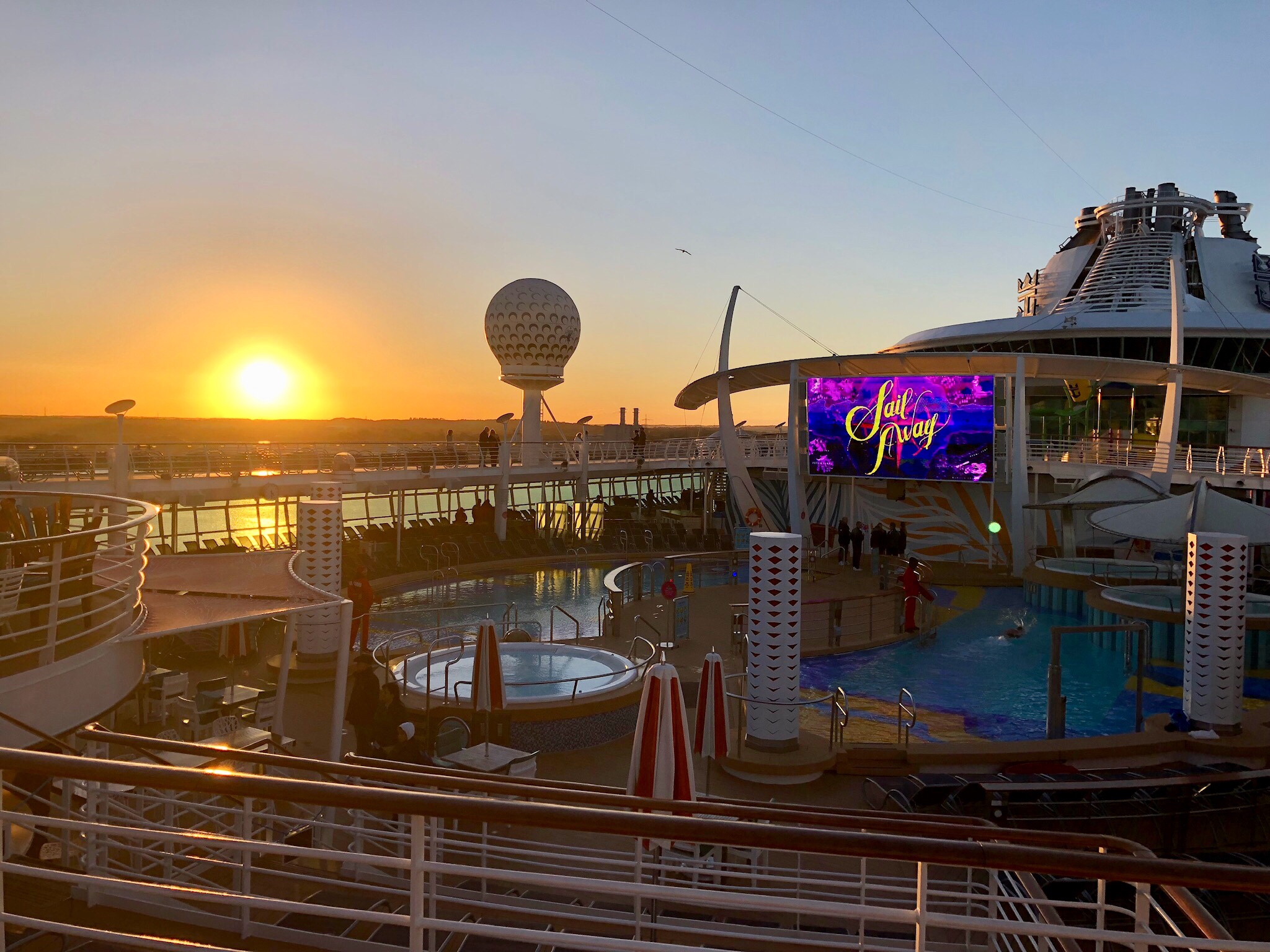 After being dropped at Waterloo by Bangladeshi taxi driver, Kabir, I boarded the train and immediately struck up a conversation with Tony (58) from Sydney who happened to be on the same cruise. 30+ years working with Qantas, he retired four years ago and cruises more than me. He’s done about 150 – 13 last year alone and had visited 122 countries. He was also a keen trivia player so we had the makings of a team before Clapham Junction. As a regular, he was cruising for free – over 70 cruises with Royal Caribbean making him a Pinnacle member which gave him various perks including fast track check-in. Needless to say he became my new best friend as we minced briskly passed the great unwashed. Well, I had to make it look authentic.

This is my first transatlantic crossing, or TA as some of the more experienced cruisers say. I mean it is a long word so I don’t blame them. For those uninterested in ship tonnage you can skip to the next paragraph but for those still befuddled by how the hell these things float, here are some numbers that may cause mild stirring. The ships I’ve sailed on and their weight.

And now this one…

Yes, it’s true that I’ve taken several sentences to say that this is the biggest ship I’ve sailed on to date. Guilty of circumlocution. Features include a rock climbing wall, surfing simulator, mini-golf and flumes. It’s so big that there’s a missing persons desk. 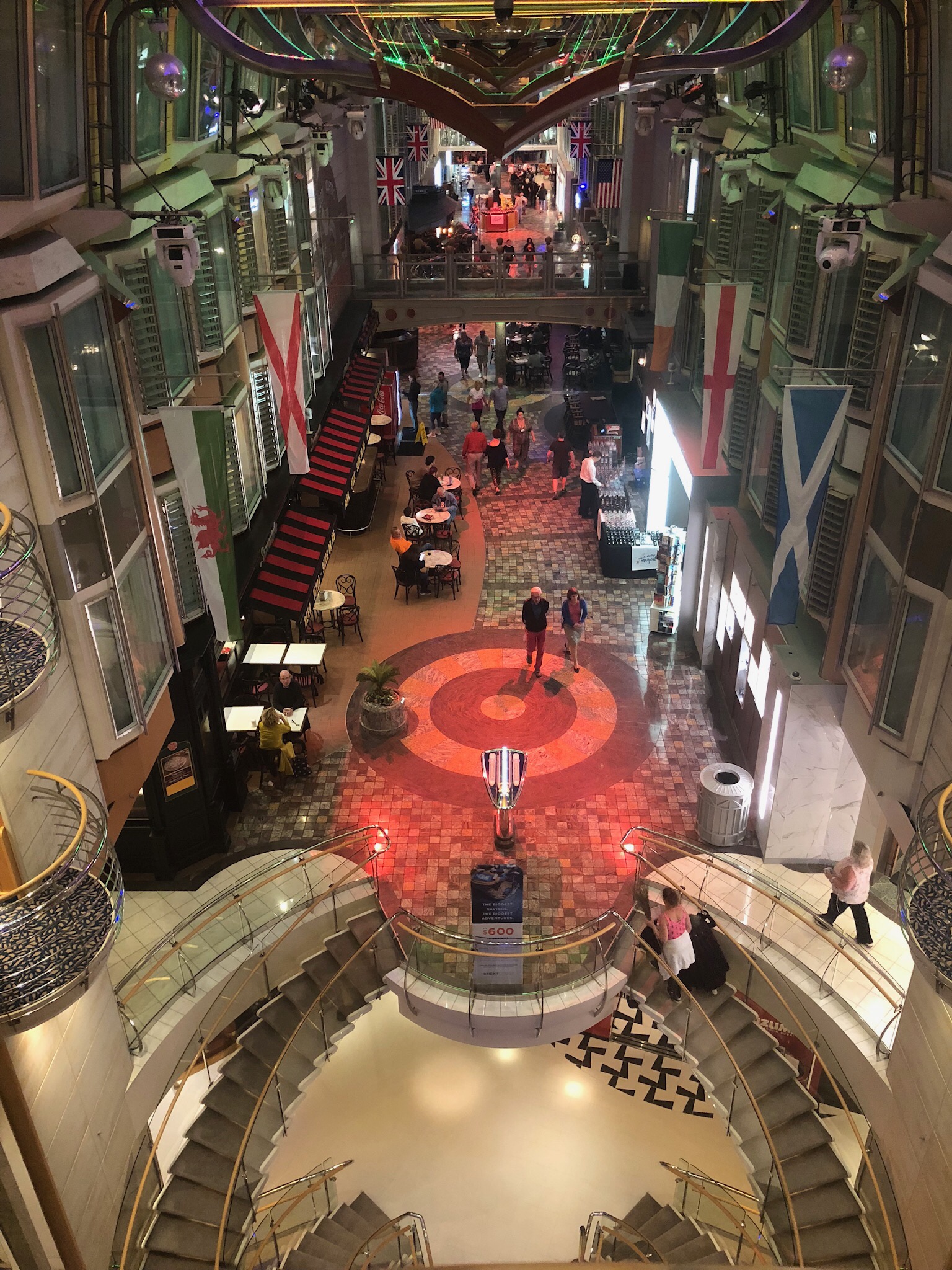 The gym is enormous – the largest I’ve seen on a ship, and I would say you could probably exercise every muscle from your rectus abdominis to your gluteus maximus, on the vast array of machines. 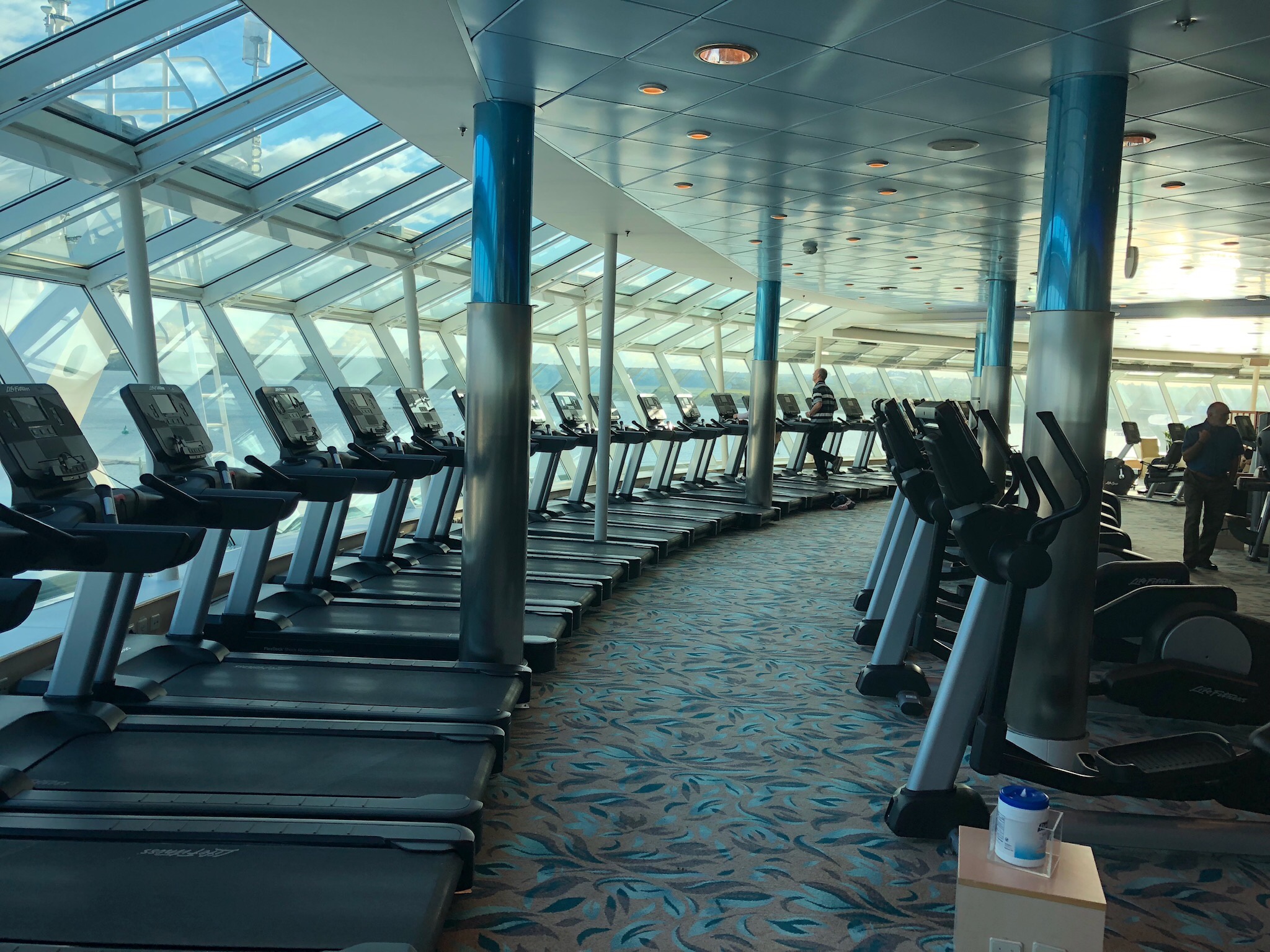 The casino feels like a Vegas hotel casino and continuing on the large theme, the male sauna is the biggest I’ve ever been in. I reckon it could hold 26 sweaty men. Luckily the non-stop air-conditioning has made me sound like Barry White so I’m not on the radar for those “light in the loafers”. 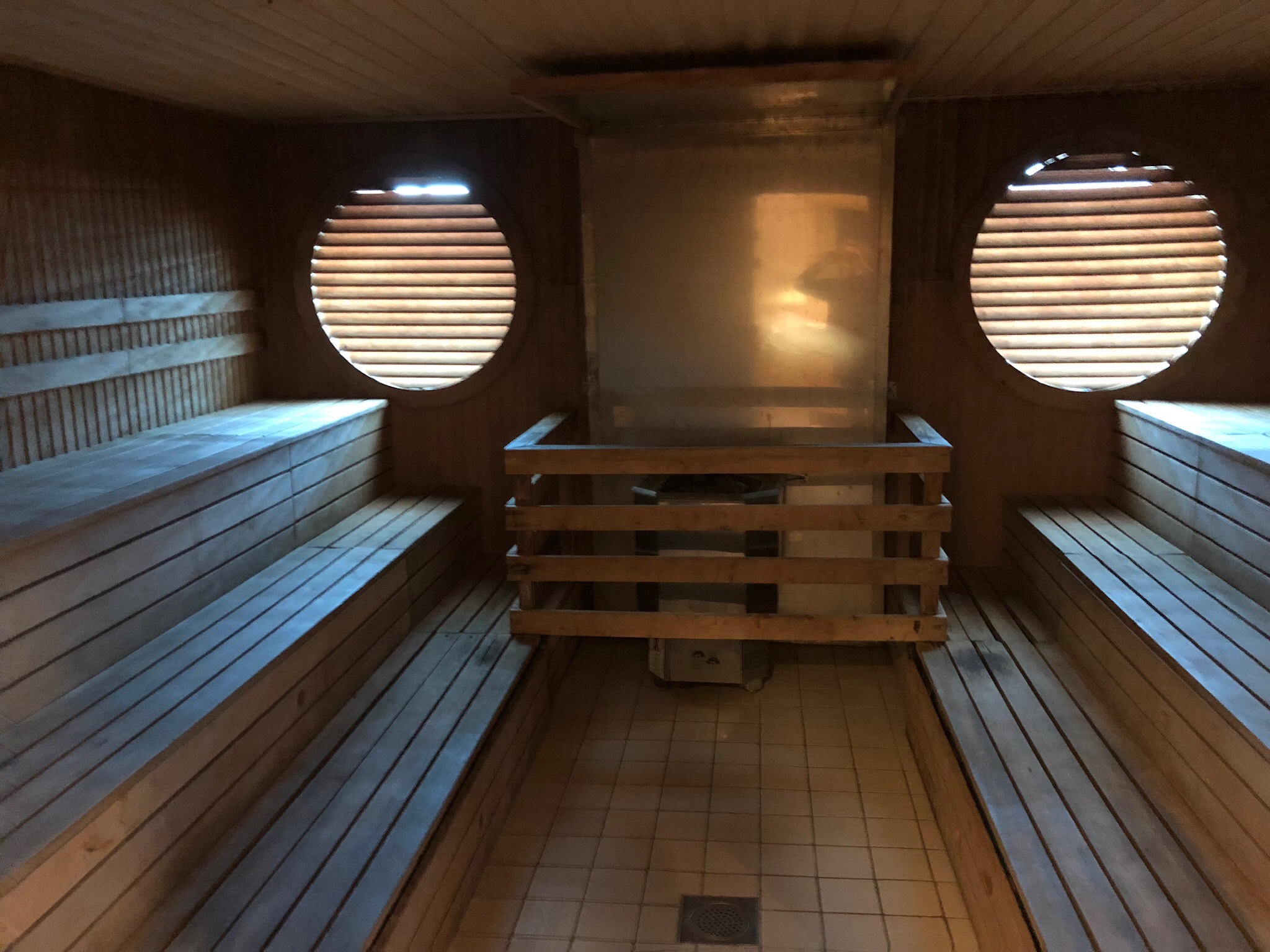 The first formal night was a little odd as I found no-one to dine with so I ended up going to the buffet in my dinner suit. The buffet is normally where those whose shun formal night, choose to dine. Suffice to say I was the smartest person tucking into chicken curry that evening.

Last night was Halloween and the number of people in costumes for the parade was astonishing. What was even more amazing was that on the face of it, they looked like normal functioning, psychologically sound individuals but the fact that they’d allocated packing space for “fancy dress” only proves that appearances can be deceptive as to the state of someone’s mental health. 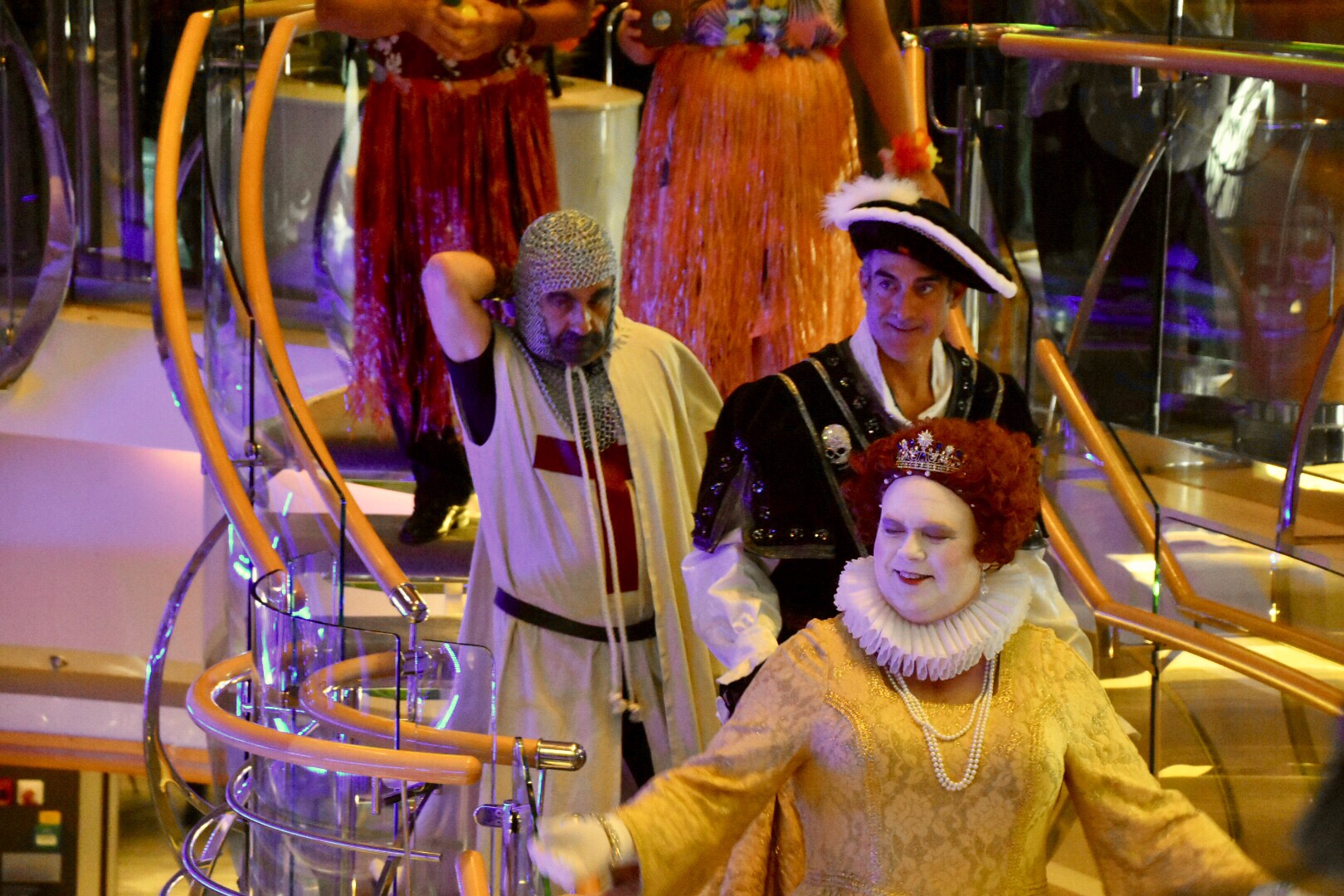 The first three days have been cool, windy and a bit rough but today the sick bags have disappeared from stairways and although we hit 72 degrees, the outside decks still pose a hazard for anyone wearing flares. We passed the Azores last night and Captain Iv has promised us smooth seas the rest of the way and Croatians are known for their honesty. 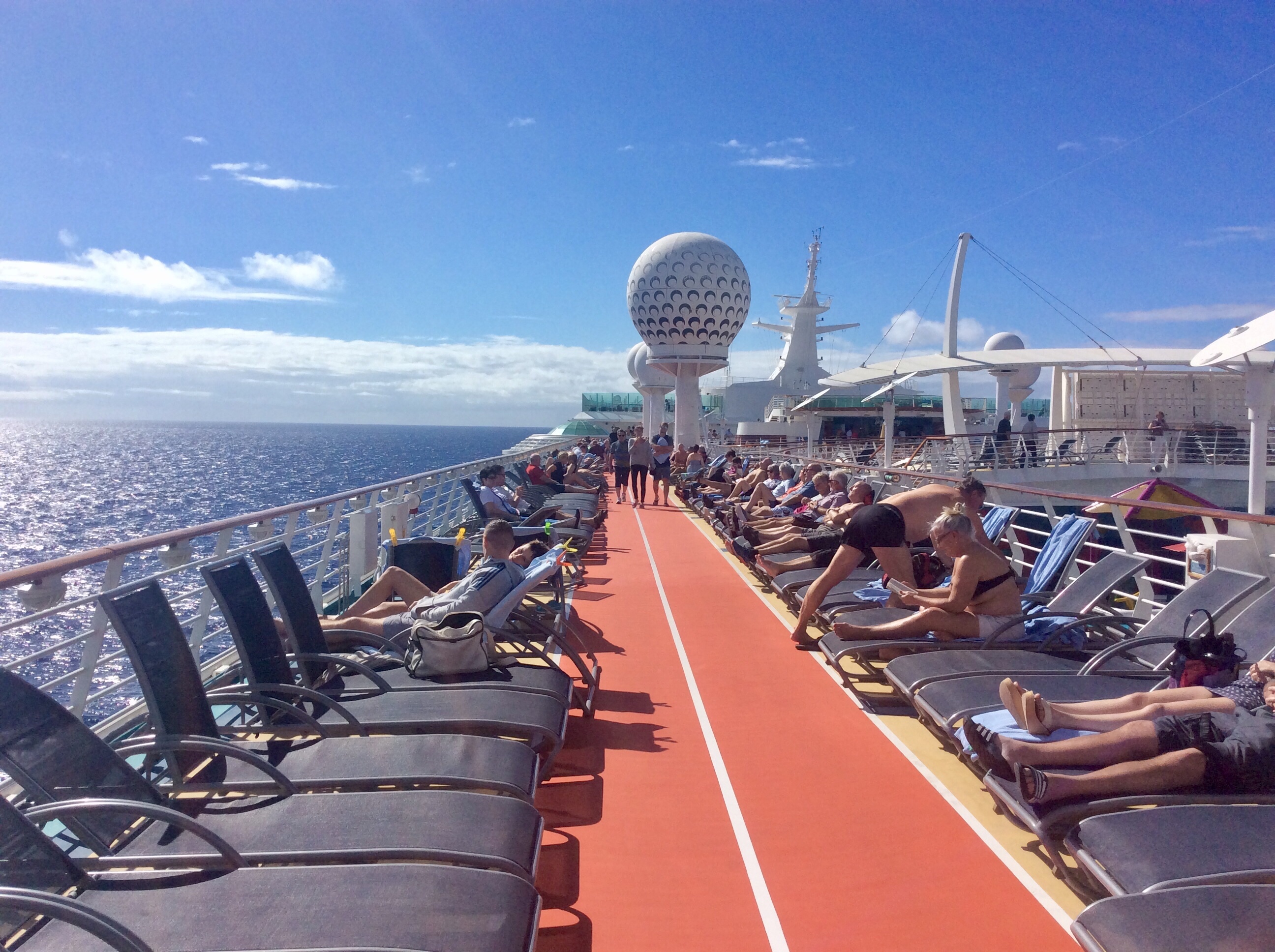 I’ve become a little more discerning about the singles crowd after the Northerner exposure on the last cruise so for the first time I decided not to do the solo travellers meet, preferring instead to hang out with Tony and the shirtlifters (great name for a band). As a semi-professional in persiflage I think I’ll be ok.