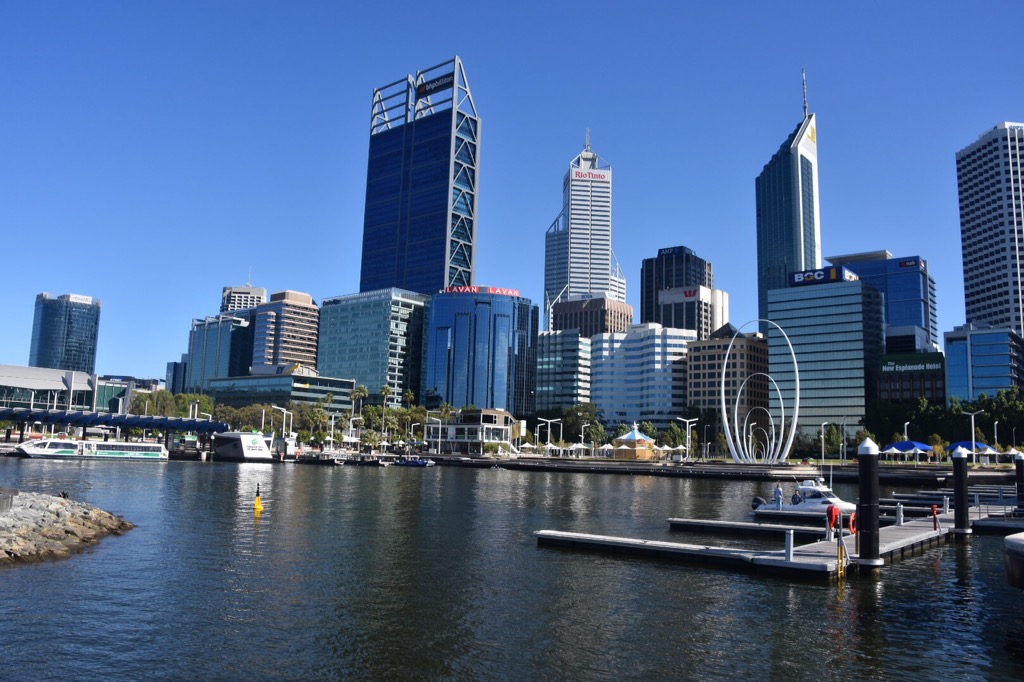 I had one last morning in Perth before heading for the airport and a flight to Bangkok. Something I didn’t have time to do last time was Kings Park which is one of the main attractions of the city. I left the hotel at 7:30 on a beautiful sunny Sunday morning and watching all the runners, walkers and cyclists doing their thing I decided that Perth truly is a lovely city. Aside from the flies I could easily live here and with Qantas introducing a non-stop flight to London next March it has never been more accessible. Only 18 hours!

I reached the park in about 90 minutes. The girl at the desk said 30 minutes. I shall be having words. Anyway I took a wrong turn and ended up in another botanical garden but I corrected my error and was soon having a ham and tomato sandwich at the park caff. Great park in an elevated position giving fabulous views of the city. I then shopped a bit and bought a Garmin pedometer thingy as I’d lost my FitBit.

My taxi driver to the airport was from the Punjab driving a London taxi and the flight to Bangkok was from Gate 50 – a first since starting the blog.

The evening meal on Thai Airways was terrifically English with the most substantial plastic fork I’ve ever used to assault beef. Using plastic forkery is normally a disappointing and somewhat perilous experience but this was quite wondrous. This fork could have rotovated a small heath. It was so good I stole it. I say stole because I’m assuming it was reusable unlike its poor cousins that receive a traumatic discharge due to stress fractures. Anyway, enough about airline cutlery. And I’m in economy. I wonder how robust the forkage is in business. Possibly an attachment for a hammer drill.

The Dreamliner is the newest plane from Boeing with some fabulous features such as larger colour changing windows, wifi and of course great forks. They’re 20% more fuel efficient hence being used on the London Perth route next year. It took just six and a half hours to get to Bangkok and before we even took off the chap in front tried to recline his seat. Indian fella. Anyway I politely asked him to put his seat back up which he did and he didn’t try it again.

I watched Baby Driver which was ridiculously great and possibly one of the last films Kevin Spacey will ever make. Then I saw the Big Sick which is sweet but has some disturbingly familiar hospital scenes. Nice ending though.

Customs was quick and my bag came off first so I was in a taxi with Mong Luk in no time. I think he was on a promise as we made it in record time. The Conrad is a Hilton hotel and boy, what a room. Best room I’ve had on this whole trip by a mile. The Diplomat bar was open until 1am so I treated myself to a cheeky glass of wine. A long but rewarding day.