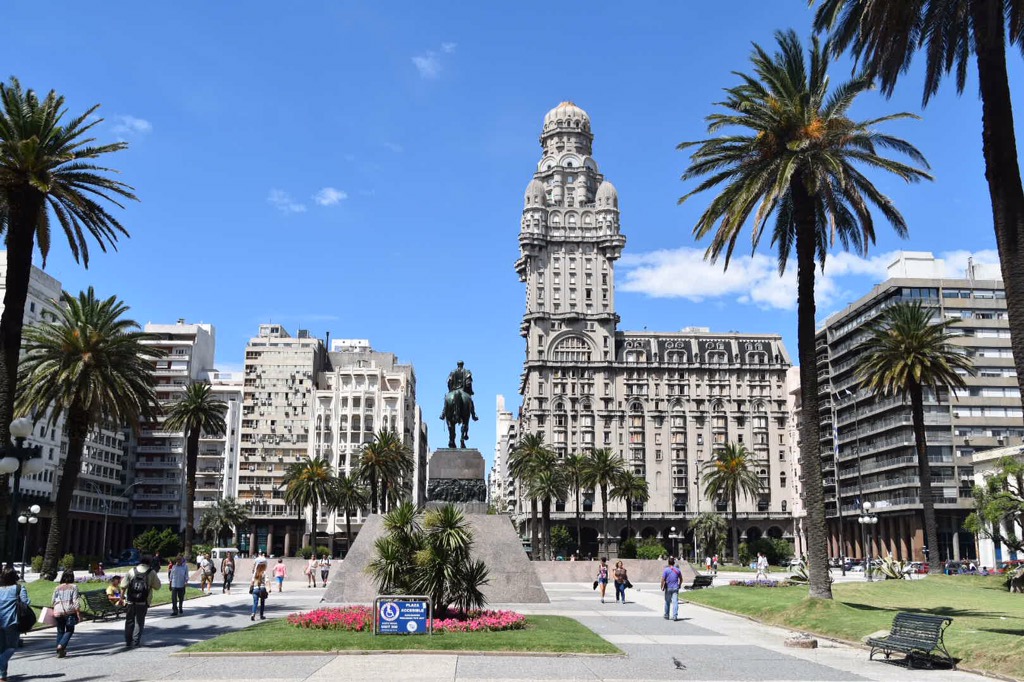 Sunday 5th February marked the halfway point of the cruise as well as Super Bowl LI and a return to decent weather after two weeks of layering. I’m starting to realise the importance climate plays in my life. Not just the sensory experience but also the psychological effect it has on well-being and ones general mood. If I think about where I may want to relocate, the weather is one of the major factors. Suffice to say that the Falklands didn’t make the shortlist.

That evening the main event was the Super Bowl shown in the theatre and I was in the minority of people wanting the Patriots to win. Shannon’s daughter is married to one of their players (number 53). Things went from bad to worse and I called it a night in the third quarter when they were losing 28-3. The Patriots were the favourites going into the game but Atlanta had played well. Well I missed all the excitement. I woke up to the astonishing news that the Patriots had won in overtime 34-28.

On Monday we arrived in Puerto Madryn in Argentina which was a town established by the Welsh in 1865. It was a very pleasant seaside town with a beach stretching for miles and I went for a three hour walk. I didn’t plan on it being three hours but when you’re in a strange town it’s difficult to plan such things. The beach was incredibly tidal and swimmers were having to walk half a mile to the sea. That might be an exaggeration. Puerto Madryn is adjacent to the Valdes Peninsula which is famous for its marine wildlife. If you’ve ever seen the footage of killer whales almost beaching themselves hunting seals, this is the place.

Back in town I bumped into Mandy Mudem the Magician so we walked around for a bit and then had lunch which was very interesting. Mandy is good friends with Paul Zerdin a ventriloquist who won America’s Got Talent last year.

In the evening it was Casino Night which was a little perplexing as I thought every night was casino night but it certainly brought the crowds in and my new craps buddies and I all won a good few hundred dollars each. Bernard’s dice throwing was second only to his obvious fondness of food.

Argentina means Land of Silver and is the 8th largest country in the world. The population is 42m and 93% are Catholic. It gained independence from Spain just over 200 years ago. Political and economic turbulence have been very much a part of Argentinean history. In 1943 Juan Peron took control after a military coup. In 1946 he was properly elected and then again in 1952. Juan and his wife Eva (Evita) were champions of the lower classes and as a result very much despised by the wealthy. Eva died in 1952, the same year as her husband was reelected. She was just 33. Juan was ousted from power in 1955.

From 1976 to 1983 Argentina was ruled by a military dictatorship. Keen soccer fans amongst you will spot that this time period includes the 1978 World Cup which Argentina won on home soil. In 1983 inflation hit 343% which even a non-finance savvy individual would identify as “a tad high” but by 1986 they had it under control and it had reduced to 80%! Even since the millennium things haven’t calmed down. In 2001 there were five presidents in two weeks.

Others fascinating nuggets for you…schoolchildren wear white laboratory coats as their school uniform. It started in the late 1800’s and no one has thought to change it. Argentina have been the uninterrupted world polo champions since 1949 and it has both the highest point (22,841) and the lowest point (-344) in South America.

Another sea day before arriving in Uruguay. It was a slow news day on the ship but I did manage to chat with the girl from the group Voce who lives in Bromley. She came third some years ago auditioning for the part of Sandy for the musical Grease. Very easy to chat to and an extraordinarily lovely ten minutes.

We docked at ten and I was off like a greyhound. I know it’s difficult to imagine. I normally wait a while before disembarking but I was keen to see Montevideo. I found the hop on bus and did the two hour loop. I wanted to see the city on my own as I can generally see much more without stopping every two minutes. My plan was thwarted by Dutch Chris who joined me despite claiming he was in the hunt for a leather jacket. Nice guy, 82 and a little deaf. After finishing the bus tour and walking round the old town I managed to give Chris the slip and went off to the Andes 1972 museum. Museums specifically dedicated to something of interest are acceptable. This was the Uruguayan rugby team who’s plane crashed in the Andes and the resulting story of survival by just 16 out of the 45. They were finally rescued after 72 days. I haven’t enjoyed a museum as much in ages. And not one rusty old spoon, primitive hunting tool or clay pot in sight.

My tour of the old town continued and the highlight was Independencia Plaza which is the featured blog photo and the lowlight the Teatro Solis because I couldn’t get in. The cathedral was nondescript but there was some lovely chanting going on inside which made me feel very holy indeed. I nearly bought a cassock.

Montevideo is a very nice place with a number of attractive buildings and parks. It even had a beach which was one of the most picturesque city beaches I’ve seen. The only downside was the colour of the sea. Not green or blue but a shade not dissimilar to the tantalisingly inviting, Panama Canal brown.