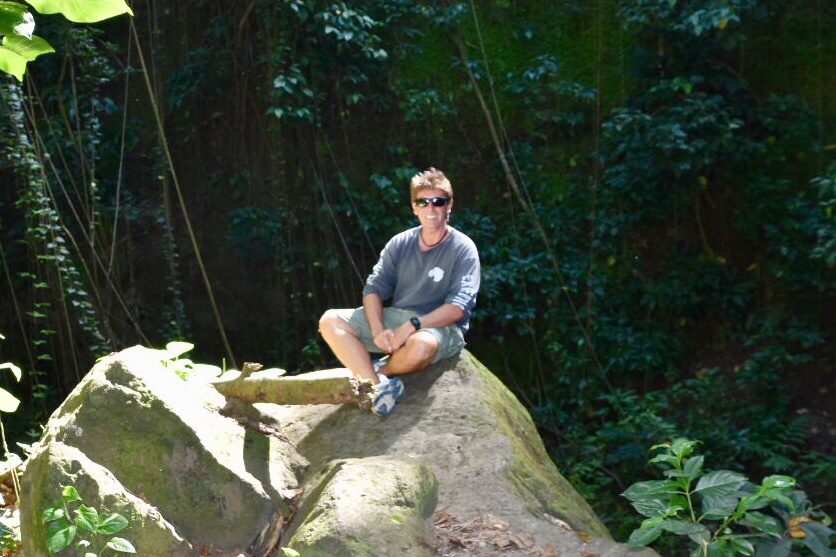 St Kitts was our seventh and last stop of this cruise and talk about saving the best until last. St Kitts, or St Christopher Island as it is formally called, and Nevis is a country in the Lesser Antilles and attained independence from Britain in 1983. The islands are only 2 miles apart and whilst Nevis is shaped like a blob, St Kitts has one of the more distinctive island shapes – similar to a chicken drumstick.

My first mistake was wearing camouflage shorts. On most Caribbean islands it’s illegal however I didn’t see it stated in the St Kitts blurb so I blithely sauntered to the disembarkation point only to be turned back by one of the security team. Luckily I’m blessed in the short department so I had a number of options, most of them legal.

We arrived early at Port Zante in Basseterre which is the capital. I met up with Graeme and Karen and we went in search of a likeable taxi driver for a tour of the highlights. We immediately found Bill who seemed to respond well to my playful questioning so the job was his.

The second youngest of 17 children, Bill Boddie lived out in the countryside. He used to be a “city boy” but now prefers something a little slower paced. The city he was referring to was of course Basseterre with a population of 15,000. It’s all a matter of perspective. His uncle had fathered 36 children. What a family. 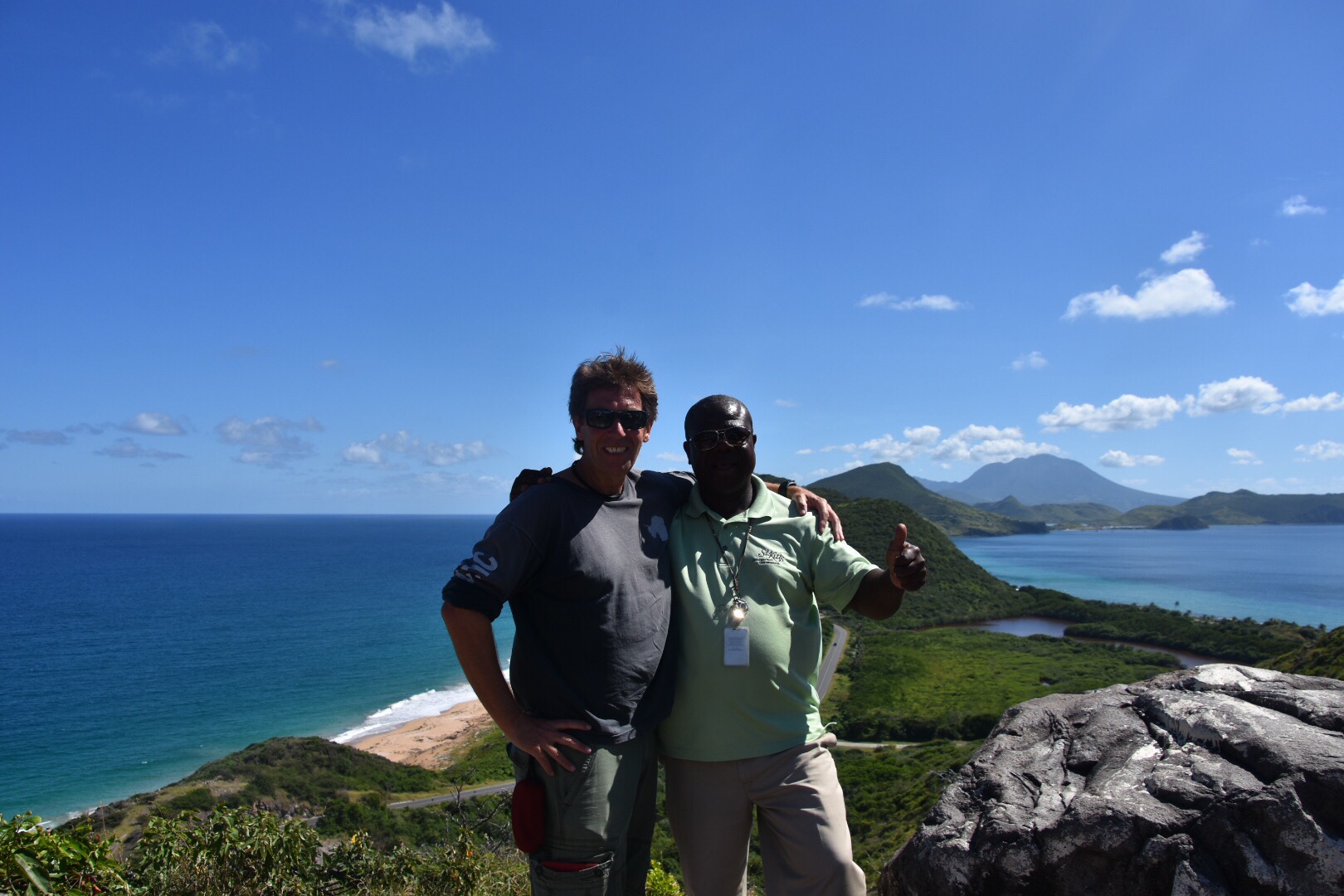 Bill started by giving us a tour of the town in great detail. Every building in every street was given a mention as we raced round town at 6mph. The banks were located on Bank Street, the church on Church Street. This place was logical. Bloody Point was where a massacre occurred, Middle Island was the area on the island in the middle and then I noticed on the map a place called Shitten Bay and hoped all the names weren’t descriptive. Traffic lights had only been introduced about 8 months ago but only to the vast metropolis of Basseterre. About time too in my opinion.

Driving up the coast road, Bill pointed out anything and everything that might have relevance including the highest point on the island, Mount Liamuiga at 3,792 some 500ft higher than Scaffel Pike the highest mountain in England and true to form we passed by a development which the Chinese are funding. I shouldn’t think there’s a corner of the world where the Chinese aren’t doing something. 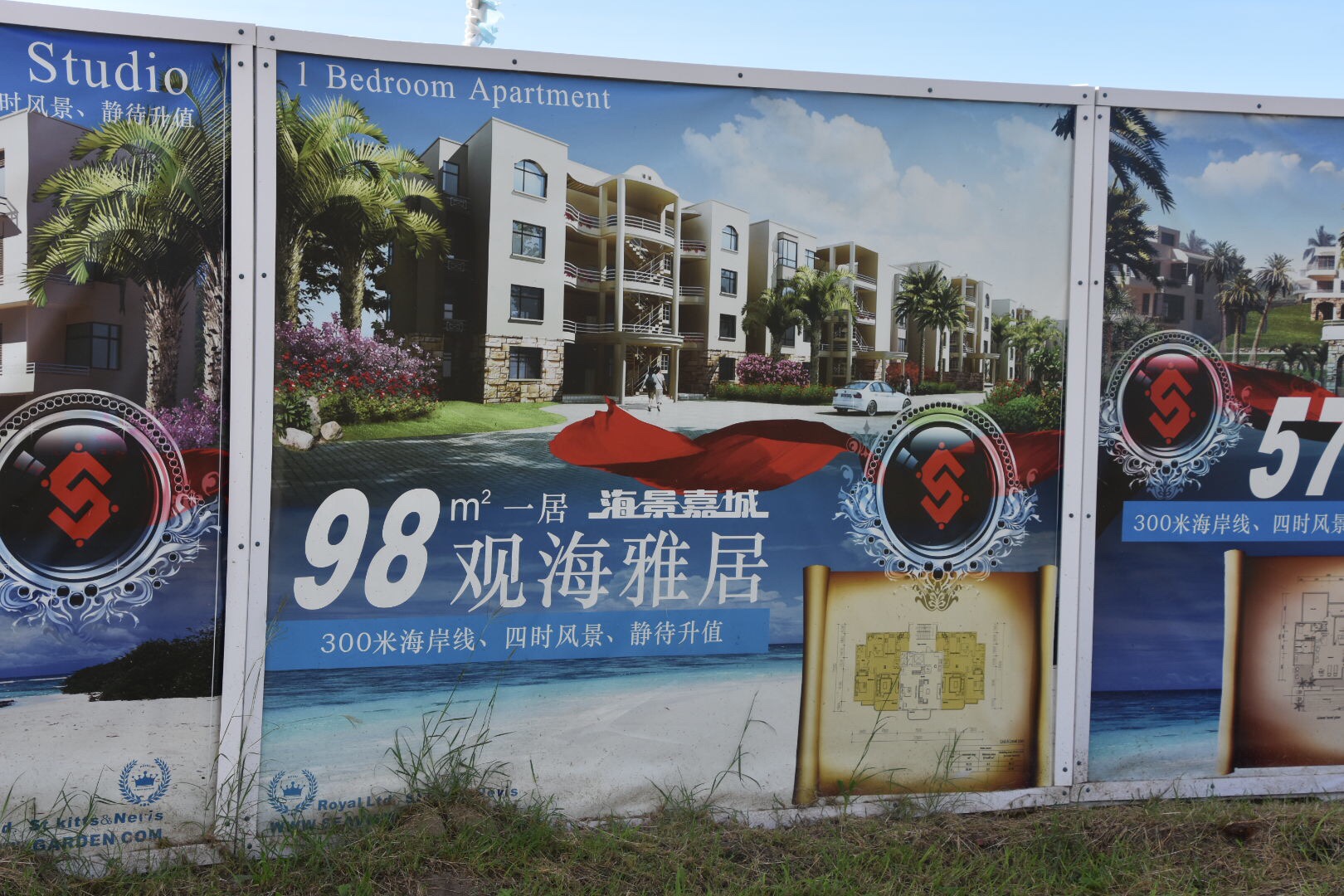 First stop was an old sugar cane plantation set in a lush rainforest setting. It was very tranquil and Bill, whose mother was known for her bush knowledge locally known as the Bush Doctor, explained the medicinal benefits of various plants. He was keen to take us to the Batik factory but we revolted and requested the fort instead and what a splendid alternative that turned out to be. The Brimstone Hill fortress is now a UNESCO World Heritage Site and it was terrific. On one side were verdant hills as fine as you’ll find anywhere in Wales and on the other the glistening Caribbean Sea with views of St Eustatius. If Pigeon Island on St Lucia was a good place to take sandwiches for a spot of lunch, this place was a great place to have a full meal, including pudding. 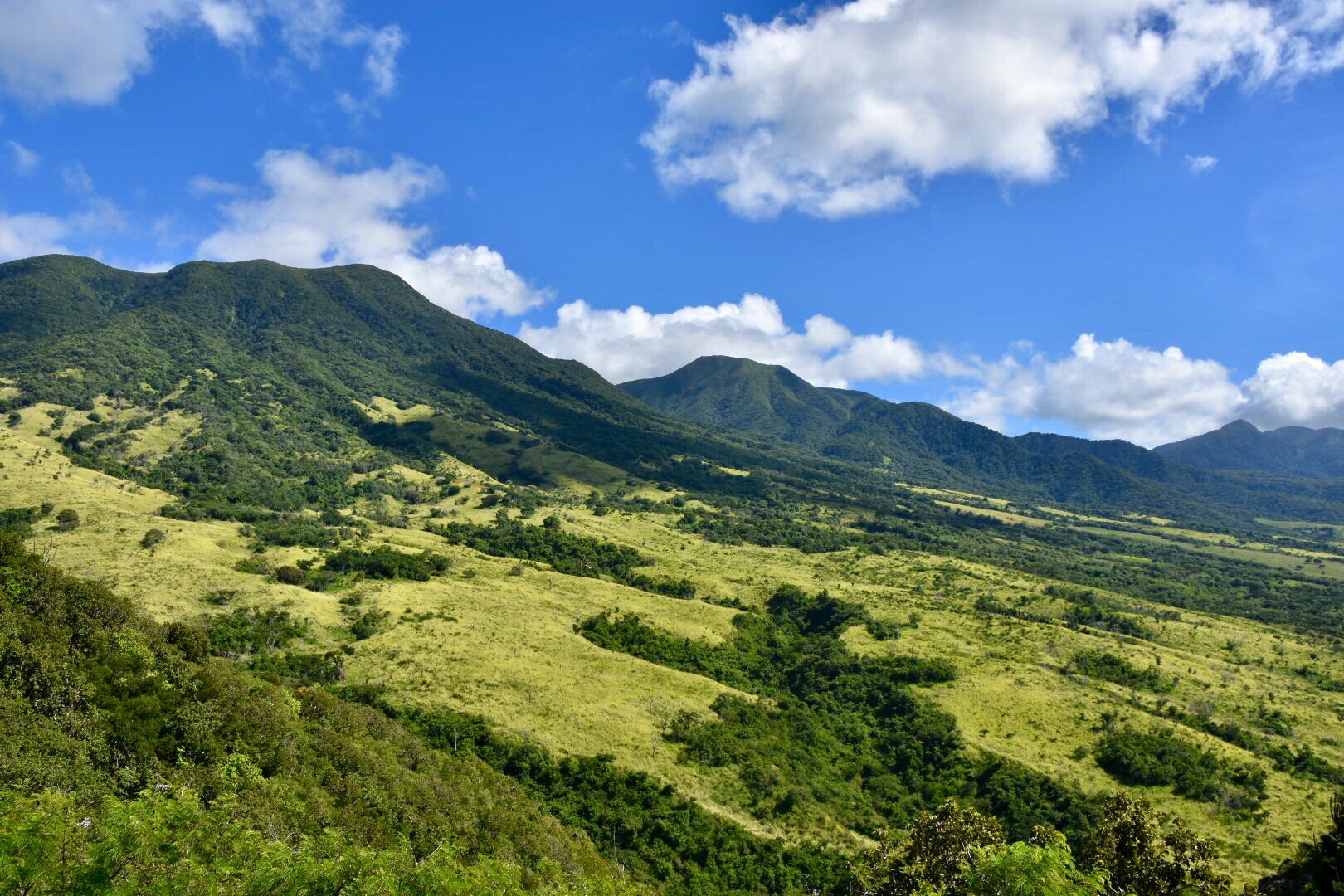 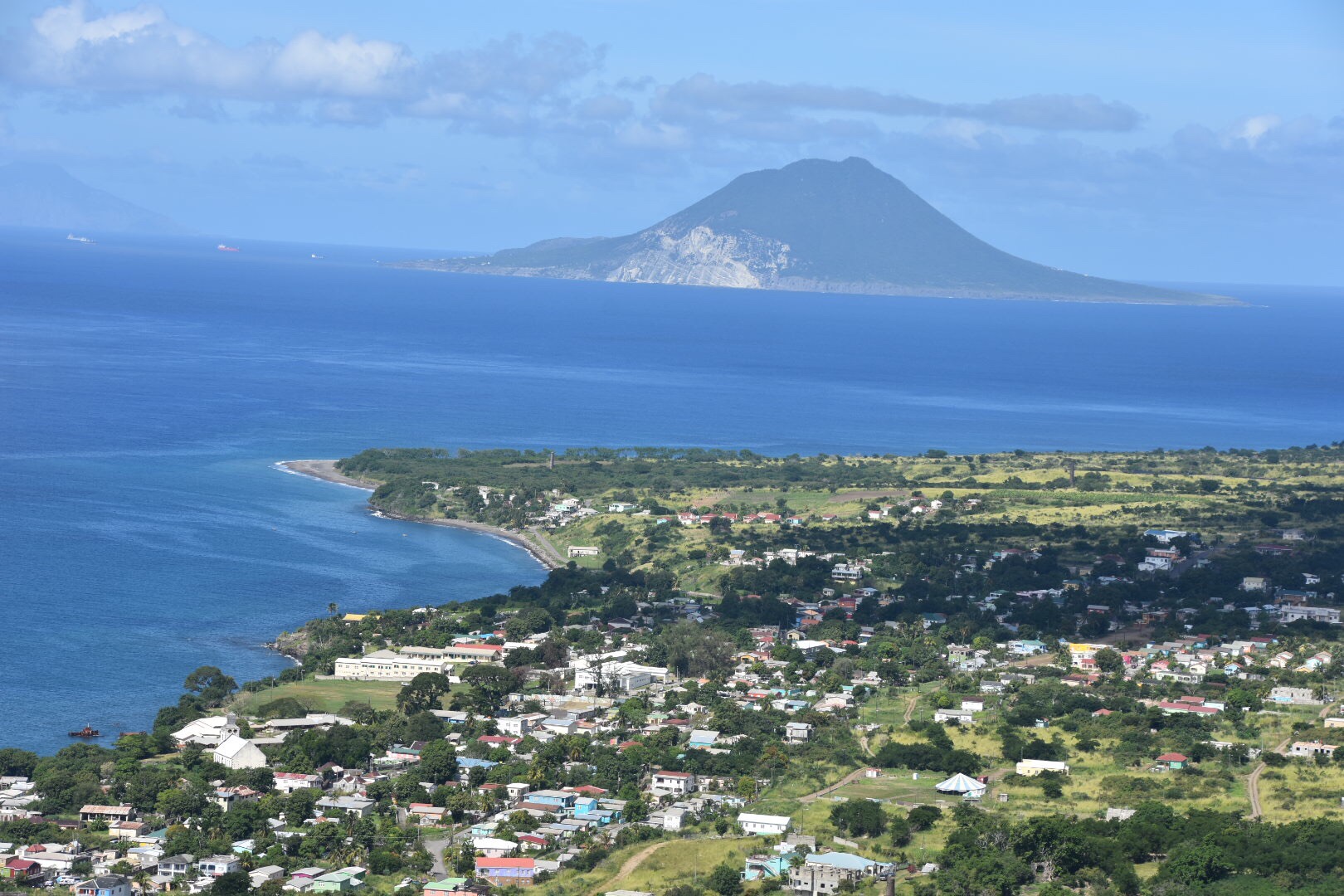 Leaving the fort we headed south to the end of the drumstick and passed a lookout point called Timothy Hill (I know his brother) with views of both the Atlantic Ocean and the Caribbean Sea. 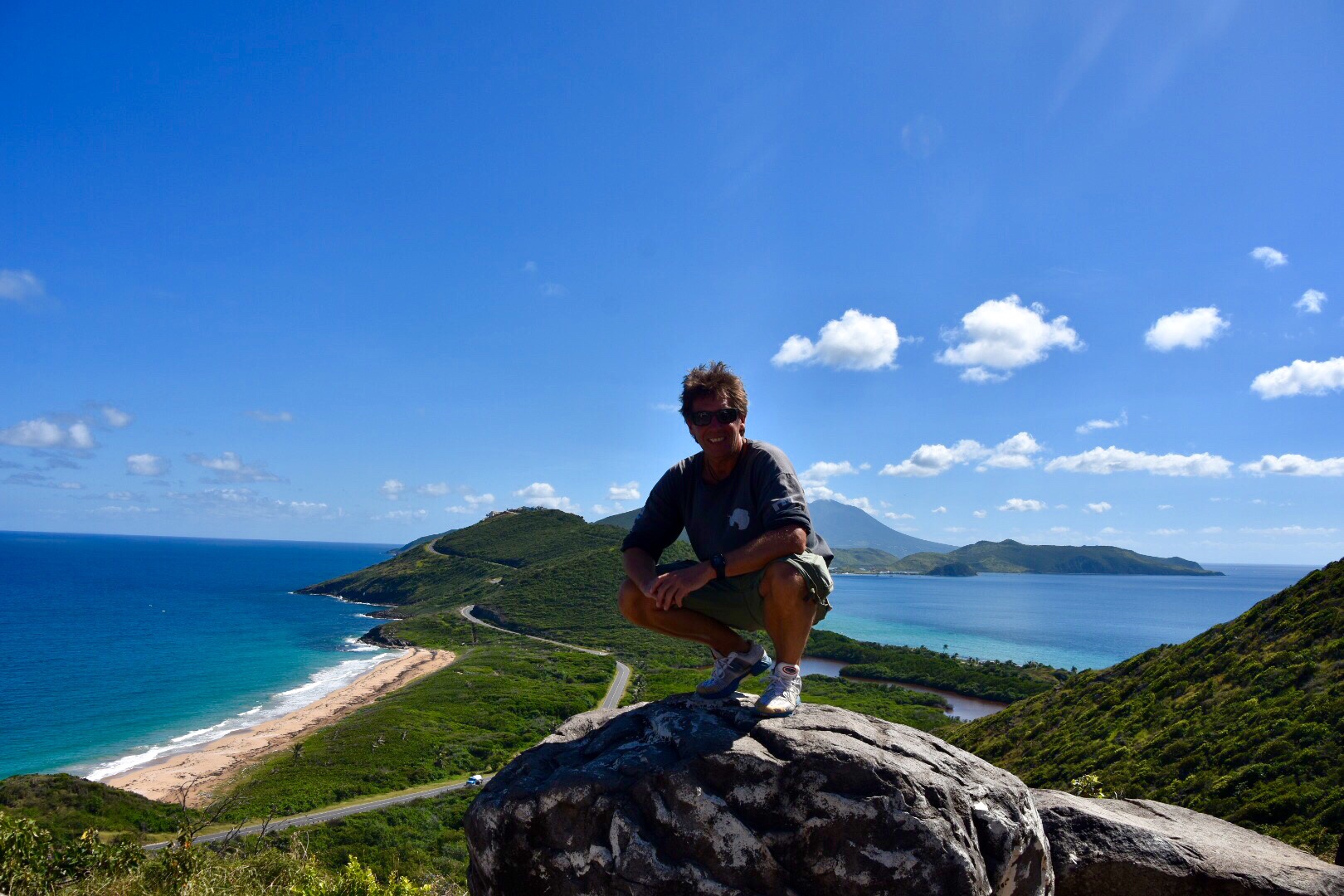 Next stop were two big resorts, the Marriott which had been there 16 years and the Hyatt which had just celebrated its first birthday. Both were tres nice but the Hyatt was like a ghost town. I guess it’s early in the season. The south end of the island was obviously where all the well-heeled tourists visit and the beaches were superb. I got the feeling that St Kitts was an up and coming resort destination. 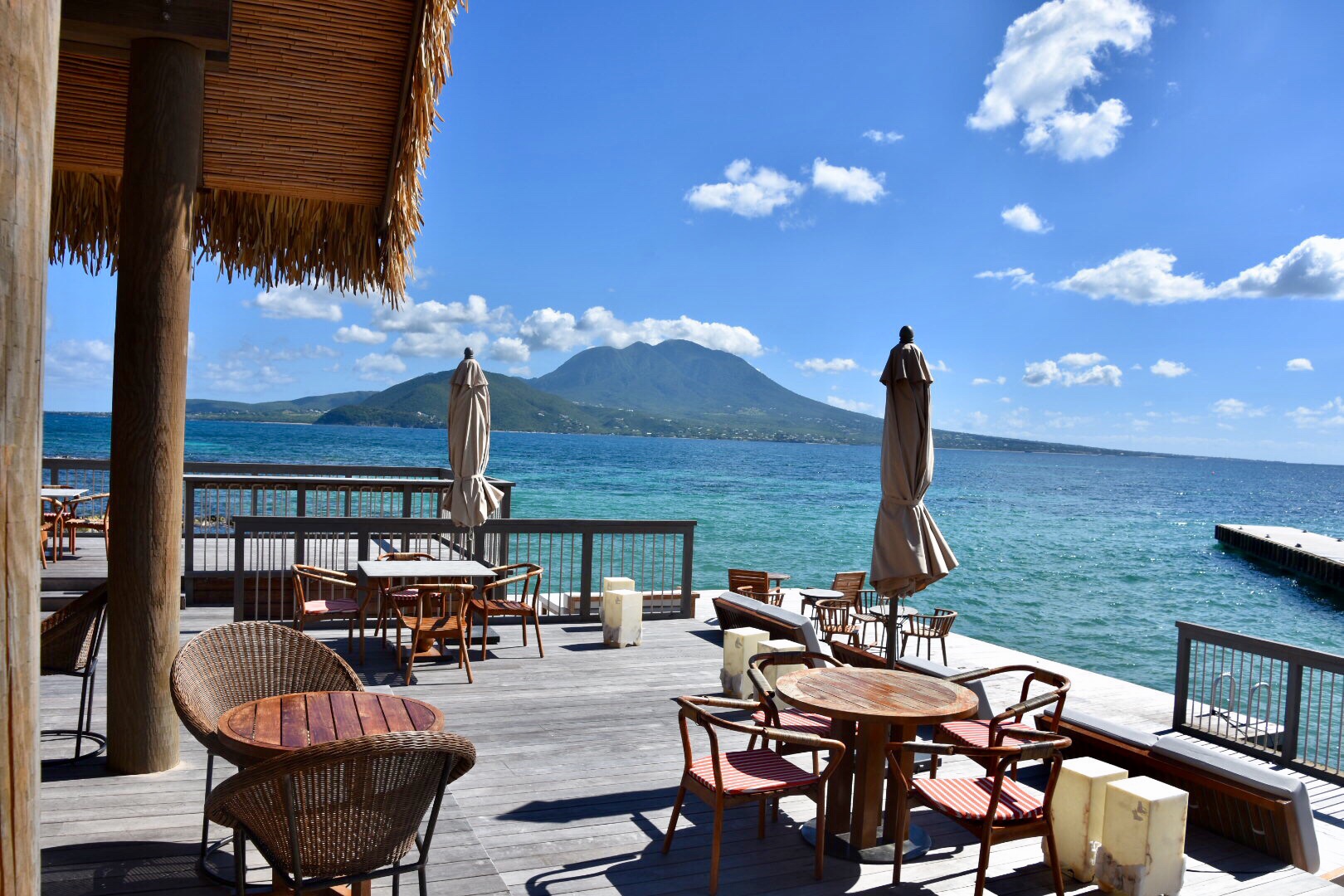 We lunched just by the Hyatt in a lovely and lively little beach restaurant where we could see Nevis clearly. Nevis is where Alexander Hamilton was born. We’d had a truly super day and Bill had been a great guide.

St Kitts is about 65 square miles with a small population of 40,000. Of the seven islands visited on this cruise it was my favourite and the one I’d most like to return to.

The last two sea days on the way back to Florida were goegeous and sunny. Highlights included a medical emergency and having to alter our course and offload a passenger in Grand Turk and dinner at a specialty restaurant with the two couples I’d befriended in the casino. 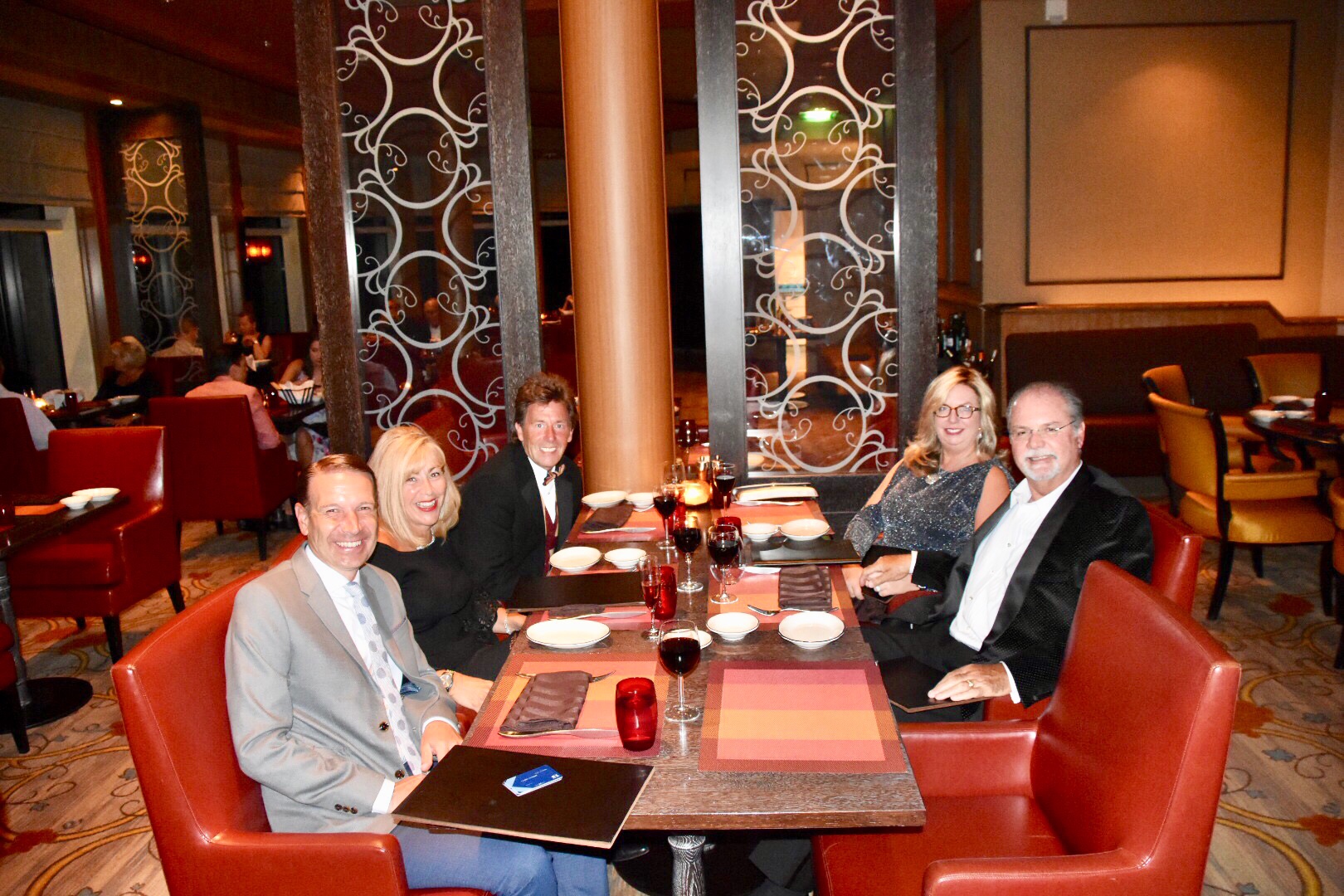 The cruise started off a bit dodgy with rather poor organisation of the solos and singles but in the end that didn’t matter. A great ship with the right number of people (2800) – it never felt crowded and there were no queues getting on and off the ship. One of my favourites so far. The casino was large with many dealers meaning I didn’t get to know them all as intimately as I normally do. As for the punters, it’s been a mixed bag. Karen & Graeme and Steve & Lesley are some of my favourite people I’ve cruised with not just gambled with. But there were also a fair number of people I really didn’t like playing with at all. Grumpy, sour faced and often taking up two seats. One guy called Joseph looked like a Central American contract killer.

I said goodbye to the Australians although I may see Barbs and John in Sydney in January. John drives a mining train for BHP Biliton along a 300 mile track in Western Australia. The train is over a mile long and each car carries 160 tonnes. Anyway they surprised me on the last night with tales of baggage and frugality. For their two week trip, three of them have managed with just a carry-on bag. Patsy was the lowest with only 7kg, total. How on earth can you go on a two week cruise with just 7kg? And as for their final bills, all low with Judith at $80 the lowest. I could learn a thing or two from these guys. Great cruise. 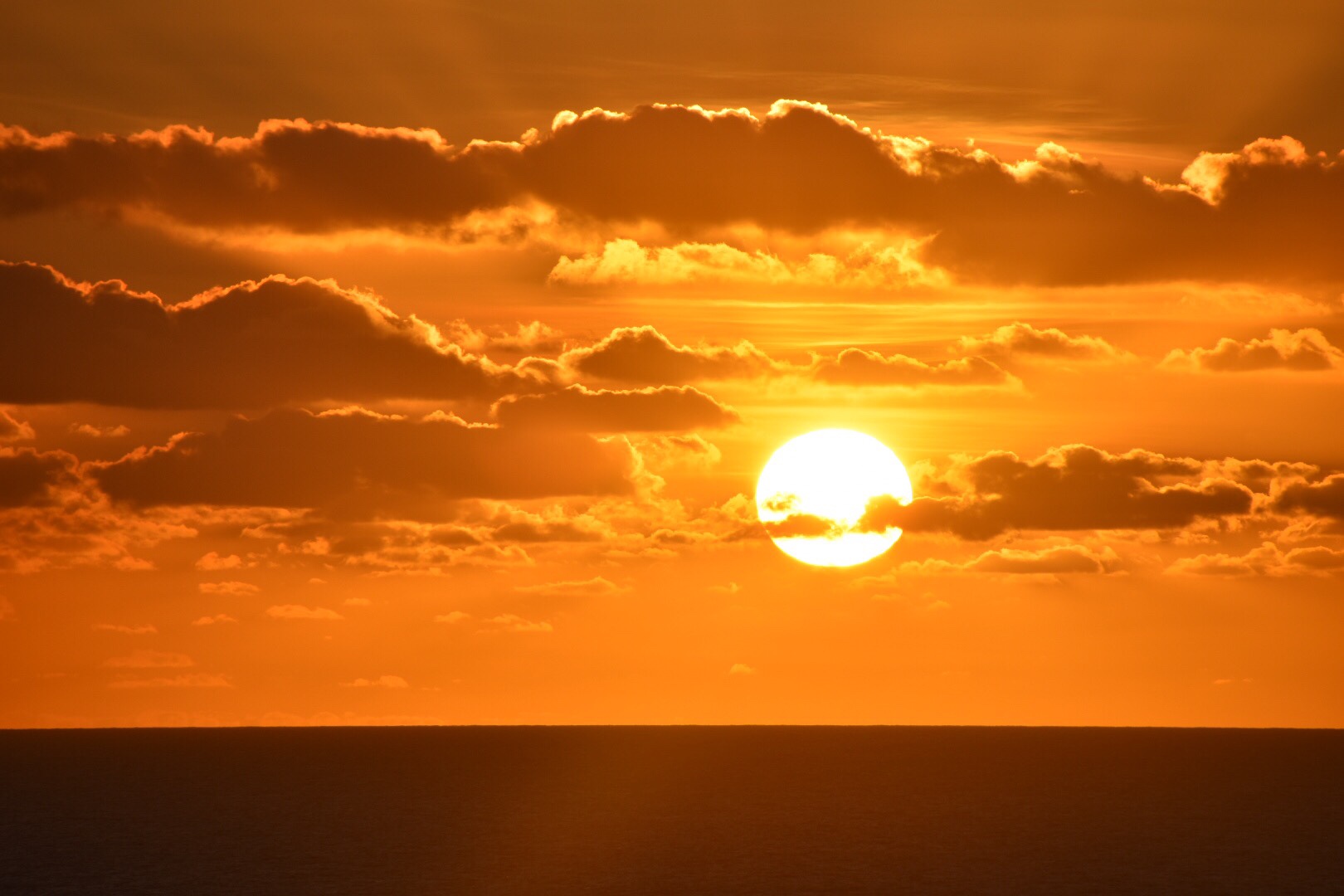