For Pisa and/or Florence the ships dock in Livorno, or Leghorn in English, an Italian coastal city in the Ligurian Sea (the leghorn chicken originates from Tuscany). The choice was Pisa or Florence and I chose Pisa (12 miles away) because Florence (71 miles away) warrants more than a day trip. As it turned out, so did Pisa.

After 35 minutes on a coach we reached the river Arno and transferred to a boat for our trip towards Pisa. Arriving by boat was actually rather pleasant. Our guide was Pierino who was as gay as a day in May with very clear English even if the words weren’t always the correct ones. He reminded me of the policeman in ‘Allo ‘Allo.

Pisa was a revelation. It has become world famous due to the leaning tower however the other buildings within the same complex, known collectively as the three miracles, are actually more impressive but they don’t have the same foundation issue. The two buildings mentioned are the Cathedral and the Baptistry where Galileo was baptised in 1565. Actually the other two buildings also have subsidence issues but less pronounced than the 60m tower.

Construction of the tower commenced in 1173 and finished in 1399. Pisa got its name in 600 BC from the Greek word meaning “marshy land”. I mean this should have been all the builders needed to know. But they ploughed on and inadvertently created a must see landmark putting Pisa on the map and providing employment for Kenyan migrants flogging knock-off leather goods. The tower has 251 steps to the top and although you can do the climb, we didn’t have enough time so I shall have to return.

I was back on the ship at lunchtime which meant no queueing to get back on and a couple of hours in the retreat away from the riffraff. There’s enough to keep me engaged on this ship – spa, casino, retreat but I’m not overly taken with P&O or the ship or the passengers or the crew. The Indonesian and Filipino crew on Holland America take some beating.

They cancelled the trip I was on as it wasn’t deemed interesting enough by my fellow passengers so I went freestyle. From where we docked in Civitavecchia it was a 90 minute journey on a coach and since retiring and having the life of O’Reilly I’ve taken a dislike to coaches as well as the people on coaches.

Georgia kindly rang me before 7am to accept my invitation of a train trip to Rome so the three of us spent the day together traipsing all over the place. They were really pleased about that I can tell you. On the train journey I sat next to a Canadian family from Newfoundland who were delightful and the 47 minutes flew by.

Once in Rome our first stop was the Trevi Fountain which was being cleaned so the fountain was turned off. More like the Trevi Pool. Close by were the Spanish Steps before heading toward the Tiber and the Vatican. Neither of the ladies had been inside St Peter’s Basilica which from memory was magnificent in its cavernousness. I’m sure that’s a word. Sadly some non-ecclesiastical clothing choices (not me) prevented us from going in so we headed to the Pantheon via the Piazza Navona (which did have a functioning fountain). 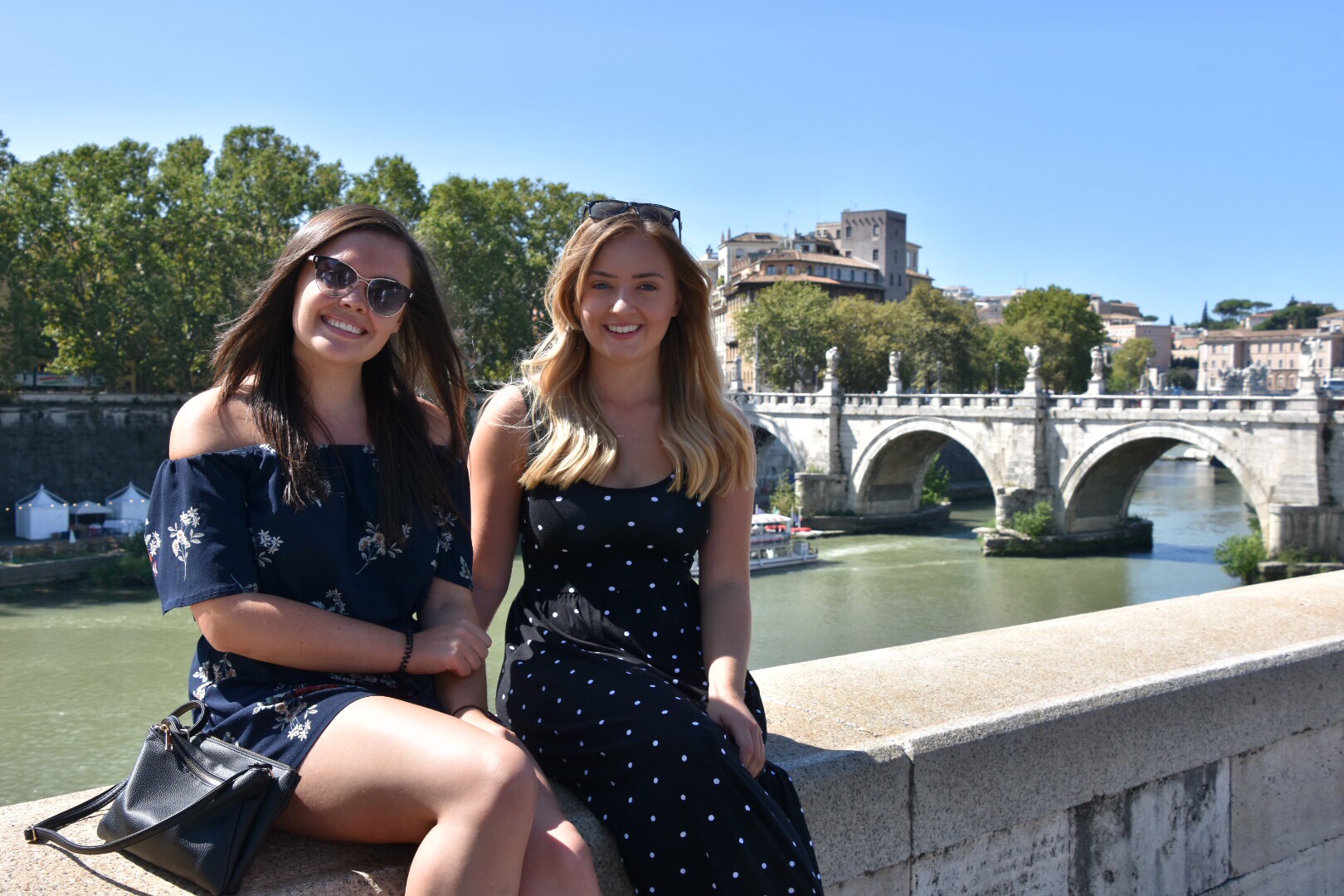 A little further on and we reached the Coliseum which was just as smashing as it was on my last trip to Rome 23 years ago. By this time Georgia had reached her walking limit so we jumped in Giovanni’s taxi and headed back to the station. She owes me!

One of Rome’s curiosities has to be their interpretation of the zebra crossing. I can almost forgive Asian countries as they don’t have the same view of health and safety as we do in the west but the Italians are European neighbours and if the EU has failed on anything it’s not endorsing a standard protocol for pedestrian vs. vehicle on the stripy tarmac. It’s really a game of chicken (leghorn). Rome has to be one of the most architecturally and historically interesting cities in the world and I had a tremendous time. 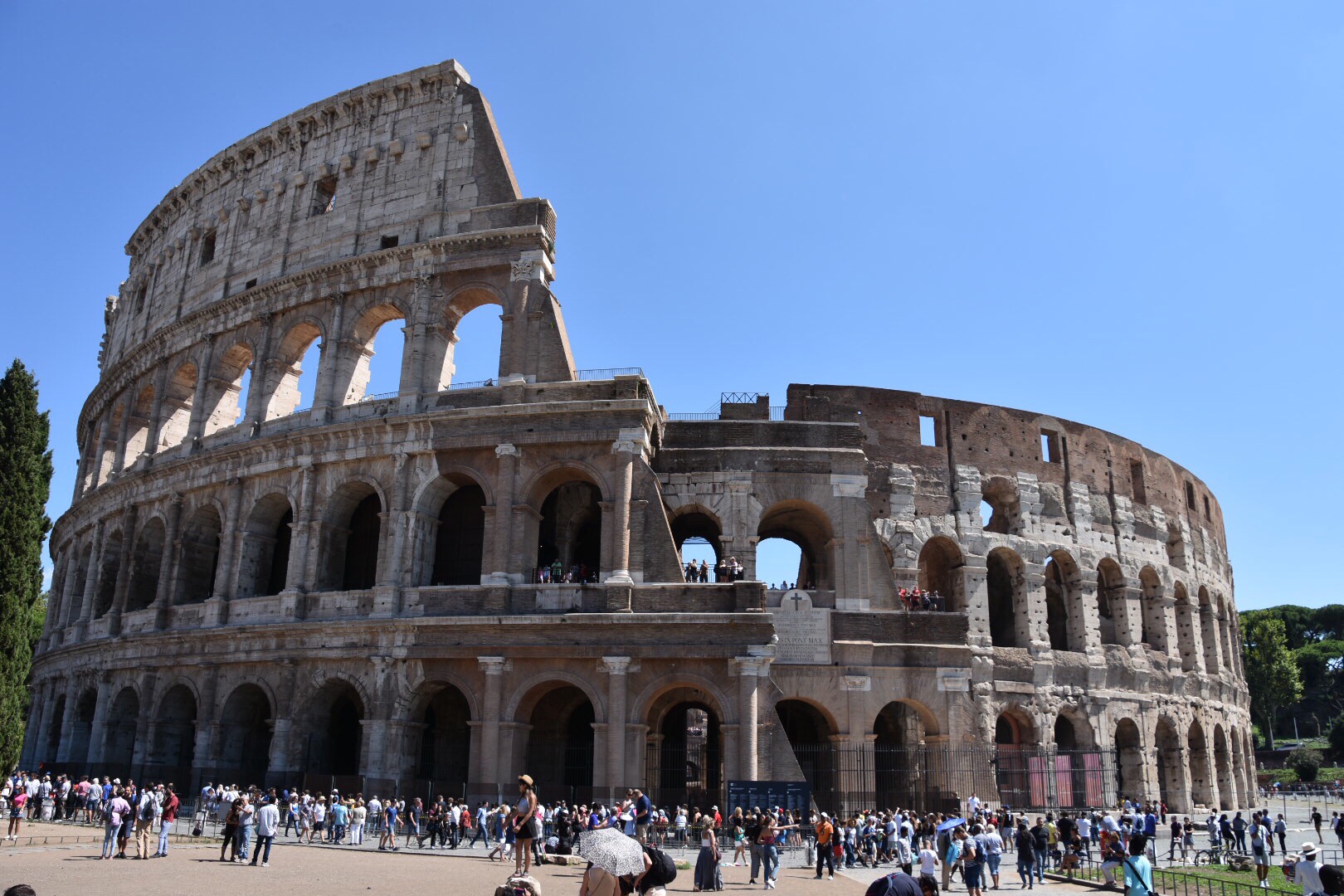 We arrived back at 5pm and just avoided the stampede of guests from organised tours. I had a lovely day dragging the girls around Rome. I hope they had a good time too. In the evening I returned to the spa for my daily hydrotherapy experience and found the “Scottish shower” which I’d not encountered before. Alternating hot and cold on a cycle for those who’ve not had the misfortune.

Sailing toward Cartagena we went through the Strait of Bonifacio which I don’t do often but I enjoyed it immensely. Only 11km wide don’t you know. It’s the stretch of water between Sardinia and Corsica.