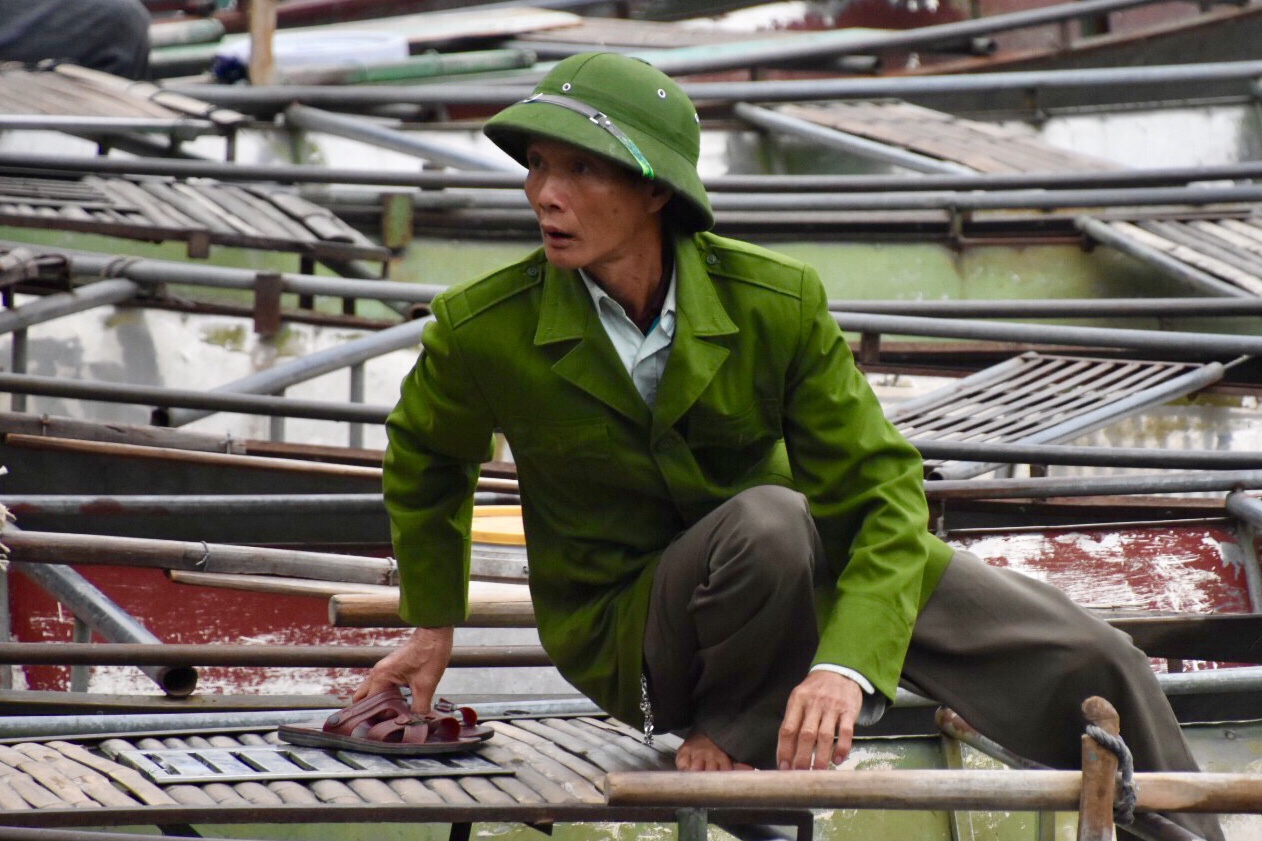 Monday saw the real start of our tour as we left Hanoi early and headed toward the village of Mai Chau for a homestay. Our guide, Son, said that we would all be sleeping in the same room which he was obviously joking about. We cycled a total of 65km in perfect cycling weather (chilly and overcast). Arse a little sore but the scenery, especially toward the end, through paddy fields and small villages was spectacular.

We arrived at the homestay and Son hadn’t been kidding. 12 of us sleeping together on the first floor of an open-air wooden structure with the added bonus of mosquito nets. This was worse than camping. During the night there was a lightning storm and rain started to come through the windows. My thoughts focused on my washing drying on the alfresco clothes line. The mattress was hard, the pillow even harder. From now on whenever someone says “all part of the experience” I’ll check for options. No upgrade opportunity so at 10pm it was lights out and goodnight John-Boy. 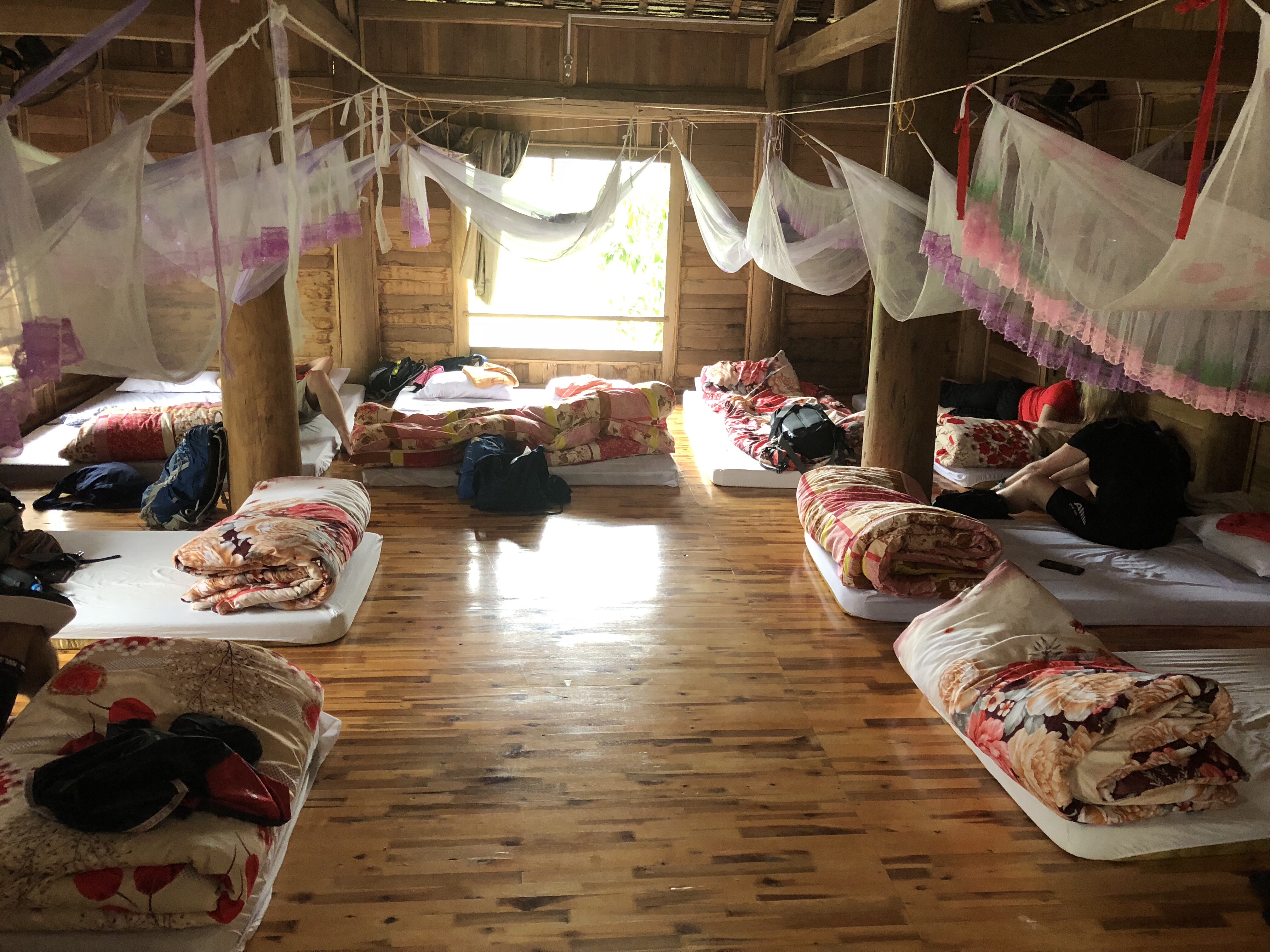 Earlier in the evening I’d had a massage from Zang the cross-eyed masseuse whose heavy breathing was a bit disconcerting. My experience of Southeast Asian massage techniques is ever expanding and this was no exception. Her favourite move was the karate chop which I endured at least half a dozen times and it was bordering on violent. I’m sure the bruising will go down in a day or so. She was very pleasant though. £8.33.

We were in rural Vietnam which meant stunning scenery, tranquility, friendly locals and at 4am an effin’ cockerel. I could have strangled the little bastard. I concluded that it was the first time in a while that Fiona had been woken by an insistent cock.

I managed to cycle 71 of the 85km on Tuesday. My arse couldn’t take any more. That was until Suzanne lent me a gel saddle that was slightly different to mine and it did the trick. Another day of super scenery, perfect cycling conditions and chafing.

After pineapple fields, pagodas and temples, we ended the day at a hotel in the city of Ninh Binh. Perfectly adequate except for the mattress. Never had one so hard. It was an interesting city and a fascinating place to walk for an hour but it won’t win any prizes for attractiveness. 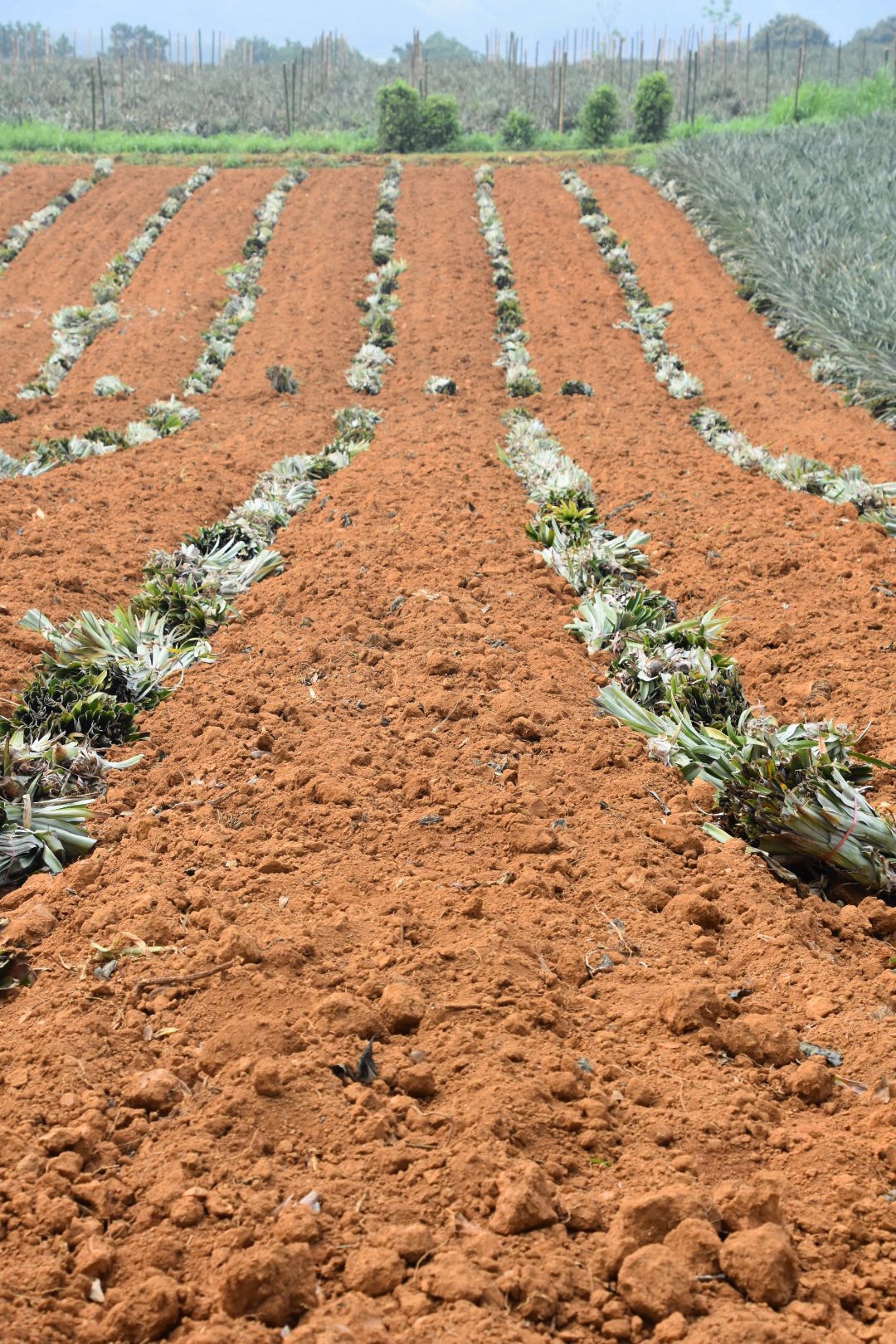 The real fun started in the evening as we headed for the railway station for our overnight trip to Hue, the former capital of Vietnam 573km away. It was four to a cabin and I was sharing with Raj, Jacqui, Fiona. We boarded at 9:45pm and after some amusing moments watching ex-gymnast Jacqui clamber to the top bunk we retired early for what proved to be a fitful night attempting to sleep. In fact one of the worst night’s sleep I’ve ever tried to have. Terrible. The train was noisy and jerky, the bunks were hard and small and the cabin was bloody freezing. We could have all died of hyperthermia. Other than that it was good to experience Vietnamese trains. We arrived in Hue at 9am the following morning 11 hours after boarding. All part of the adventure apparently.