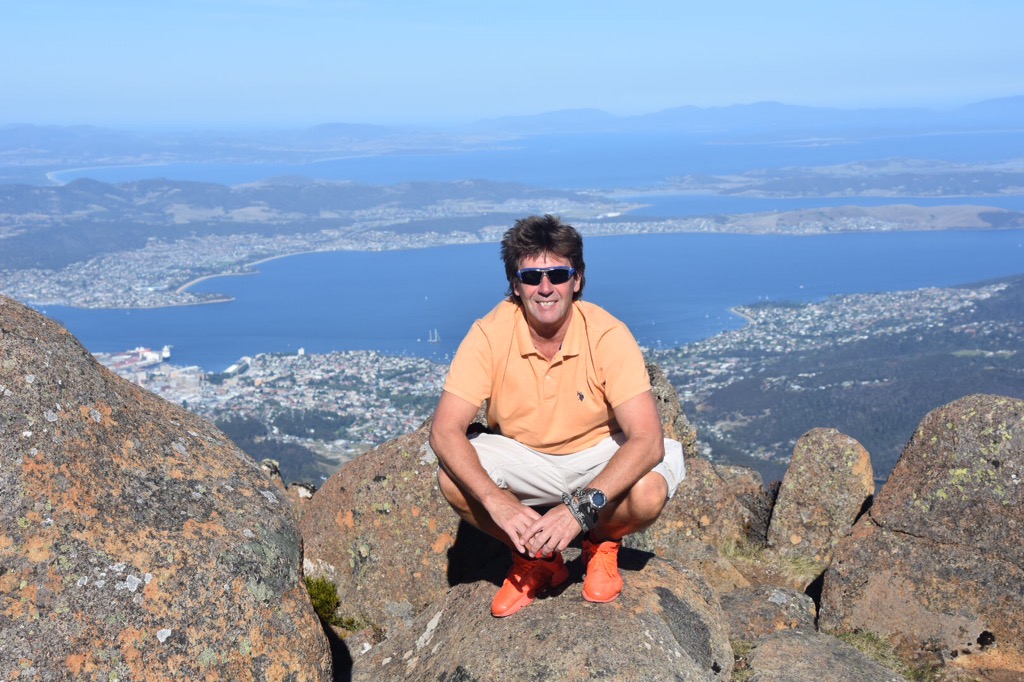 We were due to stop at Burnie in Tasmania as out first stop however the wave height and wind speed meant aborting that plan and heading straight for Hobart. An unscheduled sea day was actually most welcome giving me time to recover from my cold a tad more. Medical professionals might describe it as a real stinker. My benchmark person is Melissa from the spa who has had it for two and a half weeks.

Tasmania is Australia’s island state and it is roughly the size of Sri Lanka, Scotland, West Virginia or the Republic of Ireland. Originally called Van Diemen’s Land after Anthony van Diemen who was a Dutch Colonial governor, its name was changed in 1856 to Tasmania after the Dutch explorer Abel Tasman. Hobart is the capital and lies on the southeast coast of Tasmania along the Derwent River.

Tasmania (pop. 500,000) is most famous for the Tasmanian Devil although matinee idol Errol Flynn comes a close second who was a bit of a devil himself by all accounts. Other than that the only other two people on the Famous Tasmanians Tea Towel (which I resisted) were the cricketer Ricky Ponting and the star of the Mentalist, actor Simon Baker.

Well the sail in was beautiful and with blue skies we were promised a day in the mid 80’s. I felt like getting my tasseled jacket out. At 42 degrees south it’s the southern equivalent of the south of France. It really was a pretty place. Like I envisage Nantucket or Martha’s Vineyard to be. We’d arrived earlier than expected because of the missed port so we had a few hours to potter about before our tour started. Oh yes, I’d booked a tour and boy it turned out to be good and not too expensive to boot.

First stop was the botanical gardens – I must have visited half a dozen BG’s on this cruise, and it was suitably botanical. I really started to worry about myself when I emerged from the gift shop with a tea towel. Undoubtedly the highlight of the tour was the second stop at the top of Mount Wellington which is 4000ft above sea level and affords some super views over Hobart. The drive up to the top was also spectacular.

We ate at the port due to a late leaving time which was just marvellous. A splendid day indeed and Hobart was absolutely lovely. I will happily return.