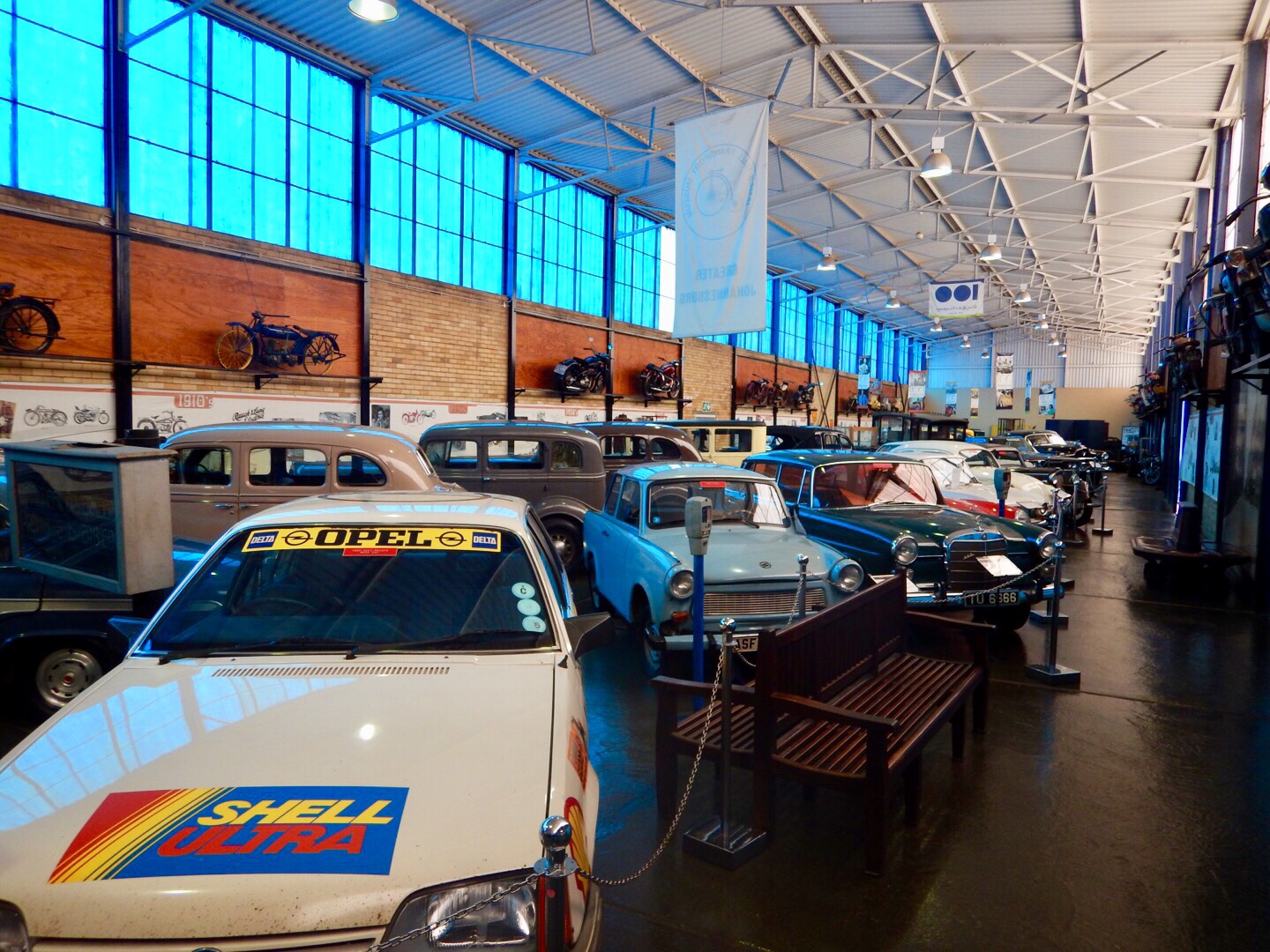 A few days ago I had an email from South African Airways asking me to make an offer for a business class upgrade from Vic Falls to Jo’burg. I followed the link and made a paltry offer which according to the website was rated as “poor”. Nothing like being abused by a website for frugality. If I were to be successful, I would be notified 24 hours prior to departure. Well I was! My “poor” offer was obviously good enough. Actually in my section of 18 business seats there were still 7 empty seats making me think I could have gone even lover (than a fiver 😉).

I’d enjoyed a final morning in Victoria Falls, a town of about 50,000, dodging the same street vendors I’d seen every day for three days. It was getting tiresome. I should have just bought the soddin’ teak fruit bowl on day one and hung it round my neck. I saw Francis again (my currency dealer) and this time he wanted my clothes. Anything to remind him of me. Oh p-lease! I took one look at Francis and concluded that even my bandanna would be too big for him. He had one of the more normal names I came across in Zimbabwe. Patience, Handsome, Brilliant, Anymore, Cosmos and Gracious were just some I met. 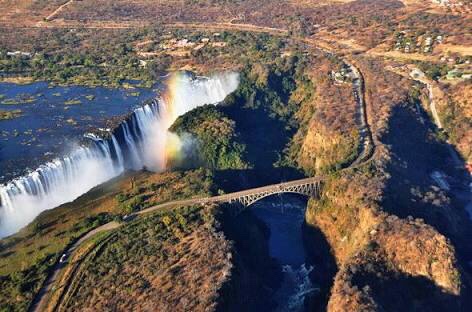 I strolled to the Victoria Falls Hotel which was the first hotel to open in the area and it oozed class. Timeless elegance in a colonial style with pictures of Stanley and Livingstone adorning the walls. And as you’d expect it had some great views. First dibs and all that.

Mid-morning our guides took us to the airport in the truck – one last ride before they drove back to Cape Town. They were super. Consummate professionals. It doesn’t matter what you do in life, just do it well, and they were great.

I was separated from the group at the airport on account of my upgrade and aside from them passing me on the plane en-route to the rather small seats at the back, I didn’t see them again so no hugs or any of that malarkey. SAA business class was super. Enormous amount of room and no-one next to me. My only complaint was that the massage button didn’t work. At a push, if I were to be very picky, I didn’t like the standard issue footwear supplied to the female flight attendants but I didn’t let it spoil the turbulence.

I’d had another Swiss Army knife confiscated at the airport. I might write to the Guinness Book of Records and see if there’s a listing for most Swiss Army knives lost at security. I really don’t know why I take them away with me. I only got it out once as “leopard deterrent” some weeks ago. Well, it was dark.

I asked the flight attendant if Johannesburg was good to visit. She simply replied “no”. Not one person I’d spoken to had a good word to say about Jozi.

My taxi driver was one of only four female taxi drivers at the airport and Nomsa was great although remind me never to feign interest in R&B again. God’s Plan by Drake was on repeat for the whole 30 minute journey. I mean Drake is Ok but suicides increase whenever he has a new single out. I’m just saying.

Sunday was my last full day so it was the top deck of the hop on bus for me. Cape Town may have a reputation but nothing compared to Johannesburg. It’s up with Kabul and Baghdad. It’s South Africa’s largest city and actually the biggest city in the world that is not next to a lake, river or coastline. The only reason it was built was due to gold being discovered. It had no other advantages although at 1700m high the temperatures stay reasonable.

It has just over 4m people now that Soweto (20km away and 1.3m) is considered part of the city. Soweto or South Western Townships is where Nelson and Desmond both lived. Vilakazi Street is the only street in the world to have two Nobel Peace Prize winners. In fact Nelson went back to live there after being released from prison but after 11 days he was being hounded so much that the government bought him a house in the Houghton area which is very salubrious. 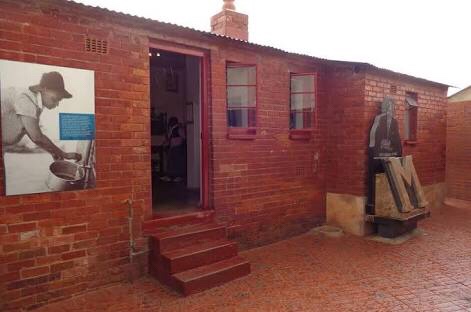 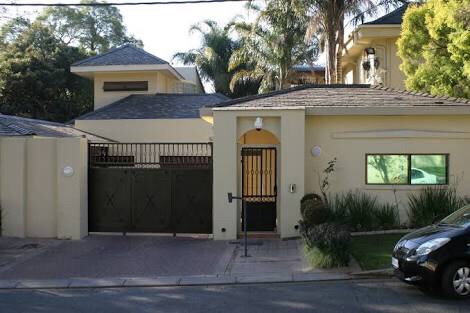 The hoho bus started out driving through some very nice areas indeed. Large houses behind huge walls with trees everywhere. I thought, JB ain’t so bad after all. Then we hit the city. What a shi-tole. I saw one guy peeing in the street. Hardly any white faces at all and litter everywhere. Some of the architecture is in the “brutalist” style which was popular from the 50’s to mid-70’s. To describe it as ghastly doesn’t go far enough. An act of architectural terrorism might be more fitting. Our first stop was the Carlton Tower which is the tallest building in Africa with a observation deck on the 50th floor. It cost just under a pound to go up. My hopes weren’t high. In the 42 seconds it took the elevator to reach the top I’d recalibrated them to rock bottom. It was the right thing to do. Tired, scruffy – reminded me of Sydenham. 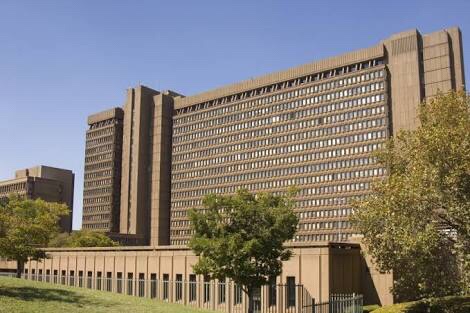 My next stop was a transportation museum. No entry fee; just a donation. Oh dear. Didn’t bode well. Anyway, it was fine. I think I’d realised the day wasn’t going to be sightseeing nirvana.

My third and final stop was the Apartheid Museum which was fabulous. Any museum that keeps me inside for over an hour is fabulous. It was informative, thought provoking and moving in equal measure. There was a televised interview by a BBC correspondent from 1961 which was particularly interesting. Mandela was already seen as the unofficial opposition leader even back then when there was no real opposition.

My last morning involved a trip to Jo’burg zoo which was very pleasant indeed. You’d think I’d seen enough animals! Saw some new ones. A sitatunga and a lechwe (both words ok in scrabble). Again my favourites were the monkeys – the Lar Gibbons to be precise. They always but on a good show which is more than can be said for the giraffes.

Nomsa picked me up late afternoon for the airport run. I flew out of Oliver Tambo Airport in which until 1994 was called Jan Smuts airport. Oliver Tambo was the leader of the ANC for 24 years preceding Mandela. I don’t normally hug the taxi driver but Nomsa was great so I made an exception.

53 days away and my verdict is as follows. I’ve seen some fabulous things and six new countries. My top three would be Table Mountain, Vic Falls and Sossusvlei sand dunes. Both groups were ok. Group two was slightly better but no-one shaped like Jessica Rabbit in either group. Was it worth the money and the time spent here? I could have done the highlights in two weeks at a much cheaper cost and involving zero tents. Am I captivated by Southern Africa? No. Will I return? Only if a cruise ship passes by although I do miss the beaches of Cape Town. Favourite country, Namibia.

P.S. I think it’s fair to say that some of the images are not mine.