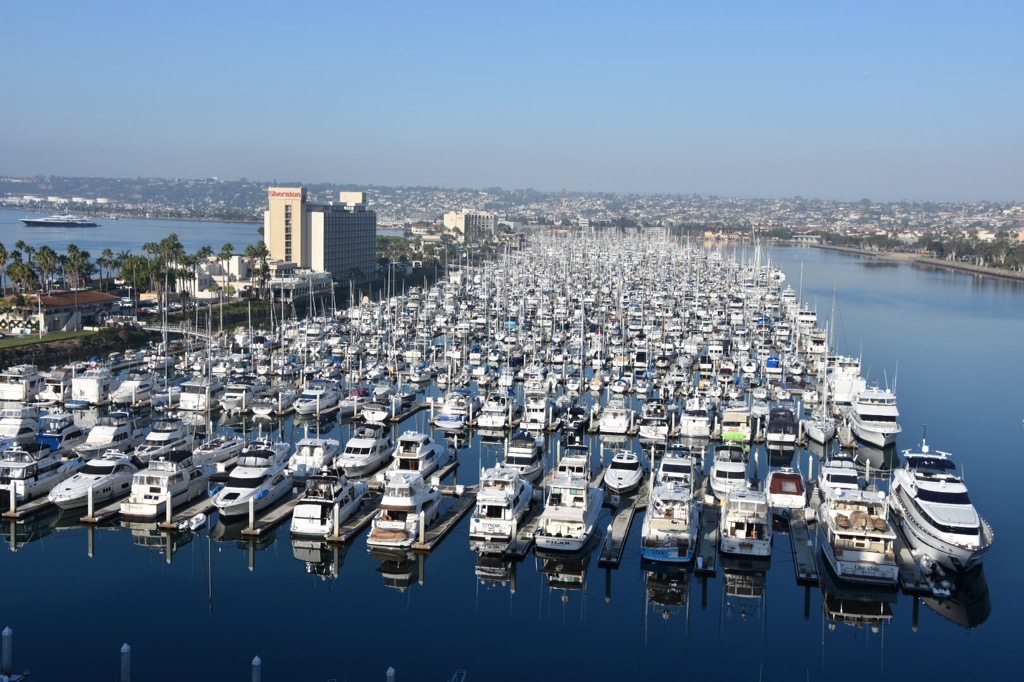 We left early as we had a 1pm lunch reservation with Brian at a golf club in Palm Springs and he thought we wouldn’t make it. Dora expressed an interest in seeing Joshua Tree National Park which was on the way so we did a quick tour of that and ended up an hour late for lunch. Good to see Brian again. Beautiful golf club. Very hot.

We finally reached San Diego at 6:30pm after a long day of driving. I’d completed the coast to coast drive from Norfolk Virginia to San Diego California (anyone would think I liked sailors) with a few stops along the way. 3,800 miles, 13 states and a keen liking (bordering on arousal) for the Mustang Convertible of which I’d seen hundreds during my travels.

There have been moments of enjoyment and some brief moments of absolute bliss during this drive but on most days the daily drive turned into a bit of a chore. I don’t want anyone back home thinking my life is a bowl of cherries after all. Would I do it again? In a heartbeat. Already planning the next one. Its all in the planning. In a nutshell: the west is best for scenery; the east is best for mobile signal.

Some lessons I’ve learnt from this experience are.
1. The maximum driving distance per day should ideally be around 200-250 miles.

2. Have a reason to stop somewhere. Kansas City had no real point.

4. Interstates, whilst the quickest way to get from A to B are not half as interesting as the smaller roads.

San Diego was exceedingly fetching to the eye but alas I only spent one night there. A longer stay is needed next time. The Sheraton at the Marina was splendid with a super view of the marina. The only downside was the cost of parking and the resort fee charge which added another $54 to the nightly rate which is a little cheeky.
One interesting factoid is that I’ve not been into a McDonalds restaurant since arriving in America some three and a half weeks ago. I’d like to say that improved my waistline but unfortunately it hasn’t stopped me eating my fair share of ess aitch eye tee. Now for the cruise ship diet!

The romantic reunion at the airport didn’t quite work out as I’d planned. The flight…