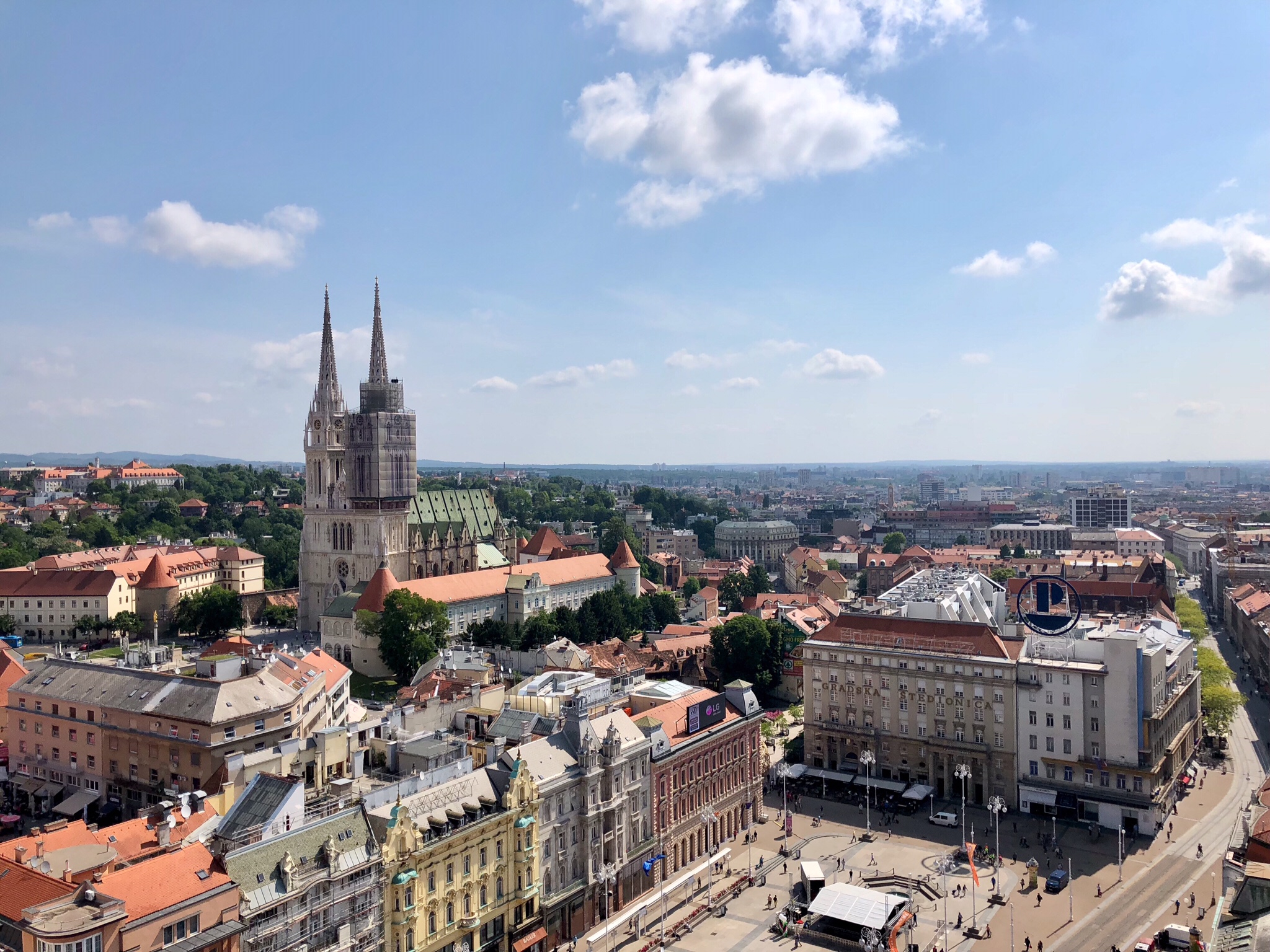 I left Prague at 6:45 on Friday for the two day journey to Split to meet the chaps for sailing. This was due to be the biggest drive of the whole trip – some 420 miles and I was still trying to avoid tolls and motorways (and of course Japanese tour groups but that goes without saying).

The morning drive with the top down was lovely but in four hours I’d only covered about 100 miles so I succumbed and bought a vignette which is a sticker placed on the windscreen that allows use of tolls in Austria. Oh, yes I’d made it to Austria. It cost me 26 euros and meant I could use the motorways. A few hours later I had left Austria and was in Slovenia who had their own sticker so another 30 euros and I was legal in Slovenia too. It wasn’t long before I was crossing the Croatian border which was the first time I’d needed my passport.

Showing a passport from the right hand side of the car is relatively easy but reaching across to press a button for a ticket is not, neither is paying the toll (Croatia don’t have vignettes). They didn’t have any booths for RHD vehicles either. I did very well and at one point I was in danger of qualifying for the “over 50’s slightly overweight” gymnastics team.

The drive from Prague to Zagreb took me 12 hours and I reckon it might have taken two days had I stayed on the smaller roads. The Sheraton in Zagreb was a whole lot nicer than the equivalent in Prague.

The following morning I had an hour and a half to whistle stop Zagreb which I managed. I saw the Cathedral, the main square, the market and the number one tourist attraction which is an observation deck on top of an office block. Great views of the city. 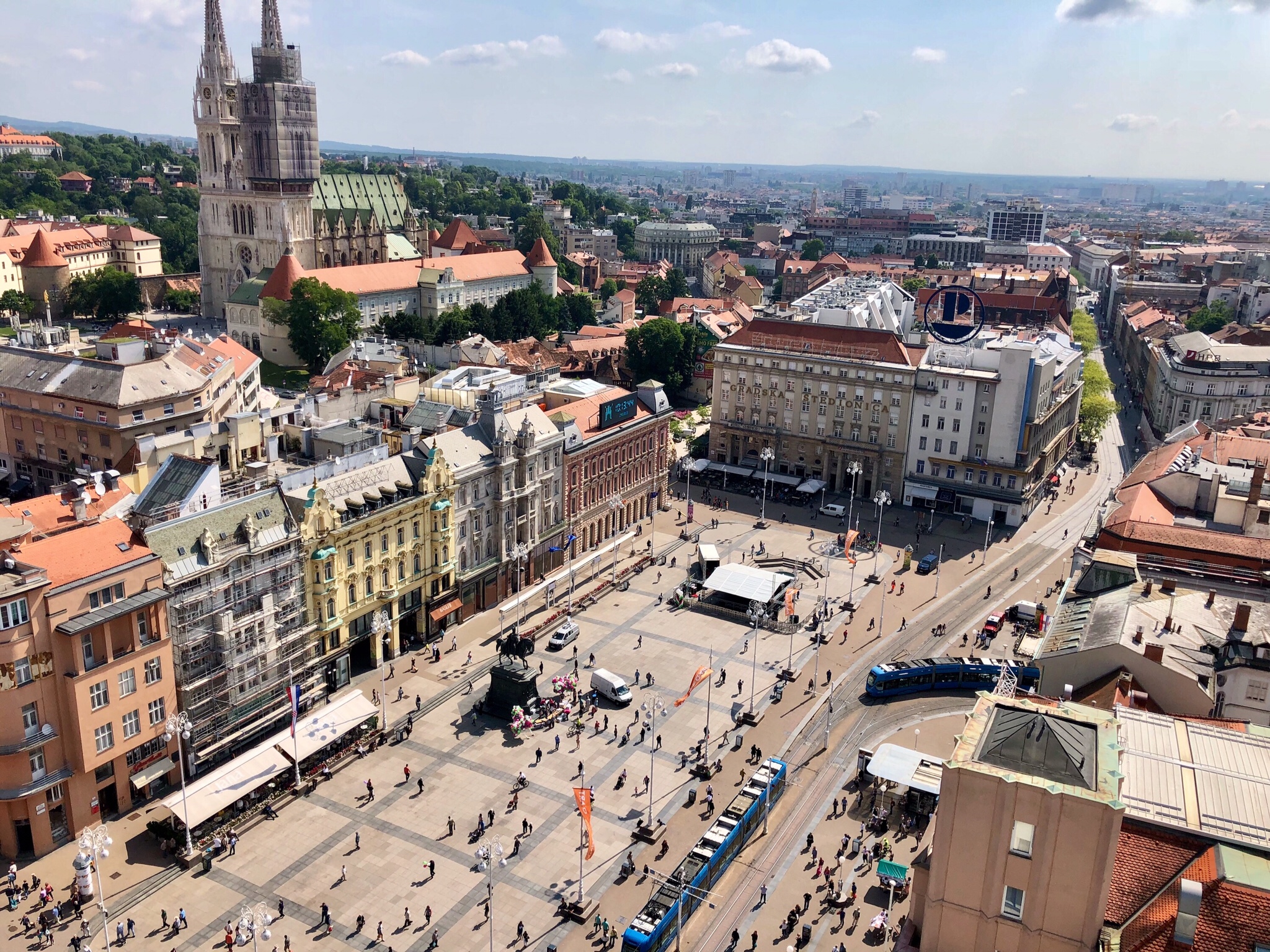 I left at 11 thinking that would give me plenty of time to meander my way to Split to meet the chaps. Again no motorways, beautiful countryside and unpronounceable towns. In the late afternoon with only 50 miles to go I had my most stressful moment of 2018 as the sat-nav took control of my life. Having left a large road for a smaller one her next command asked me to turn right which I duly did and ended up on what I can only describe as a farm track. Grass and mud and puddles and rocks. It was only for 0.95 of a mile which I’ve discovered is a flippin’ long distance when you’re driving at 5 mph bumping and scraping along as the track deteriorates. Luckily there was a gentle gradient all the way down and about halfway I stopped, turned the engine off and got out to assess my options. There was no one in sight. No farmhouse, no machinery not even a cow. If I got stuck I was stuffed and Mazda won’t mind me saying that the MX-5 ain’t built for off-roading. I couldn’t even turn round. I decided to walk the rest of the track to see if it was driveable and thankfully it was with a small tarmac road at the end. I returned to the car and unlocked it (because you never know) and slowly completed the longest mile of the trip so far. The picture below is where I stopped. This is where sat-nav brought me. 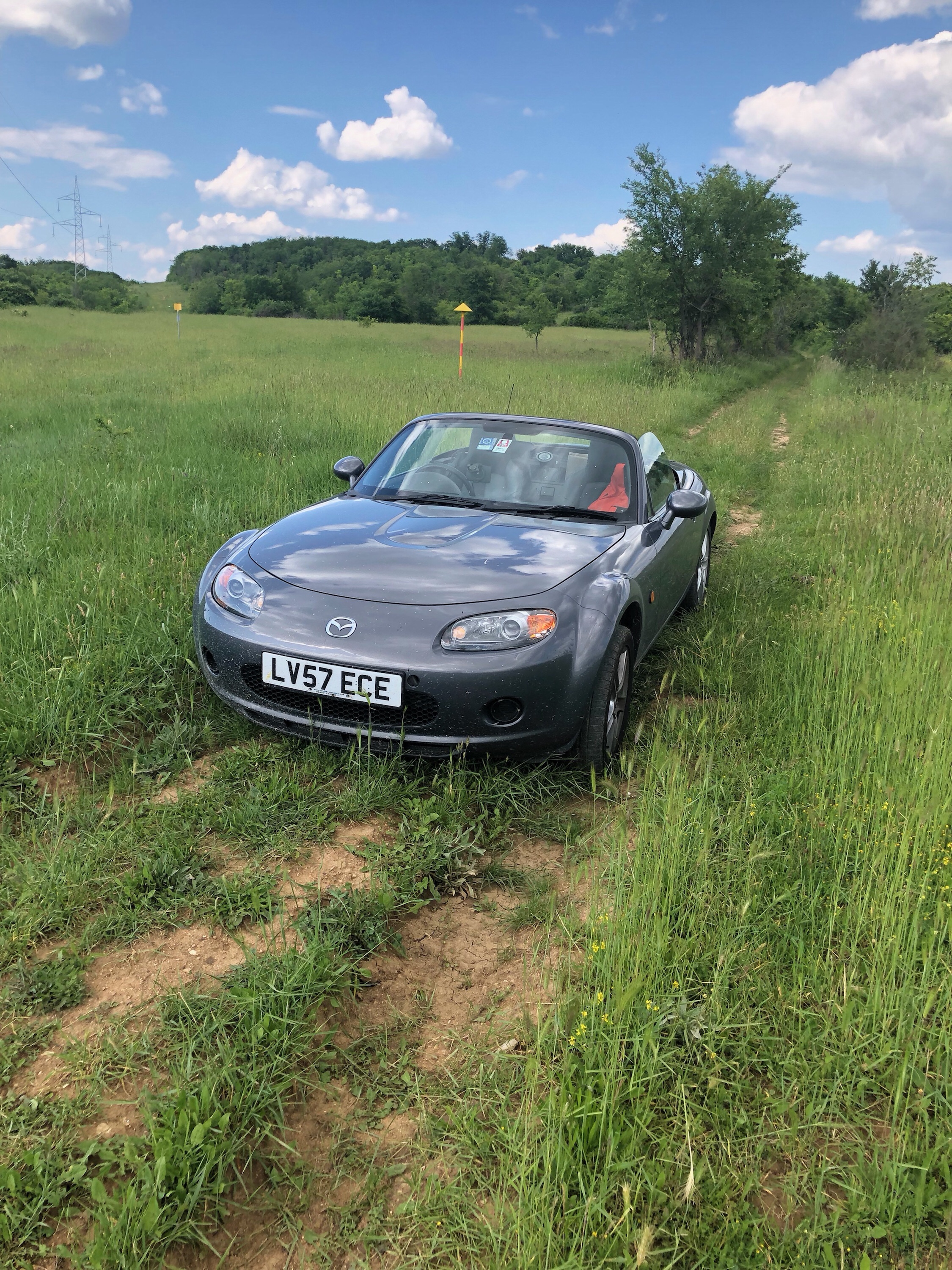 I wondered how sat-nav had ever classified it as a road. I’d plugged in “avoid motorways” but forgotten to specify no farm tracks. The problem I was now facing of course was how could I ever trust her again? She’d nearly killed me. I could have perished out there. What else was she planning for me? Maybe fording a river. The whole experience left me traumatised and let down.

So with still an hour and a half to go I returned to tarmac and all was good. Off I drove. At 5:30 I arrived at the marina and Simon came out to find me and guide me in. Can you see the ferry, Si? What ferry? Can you see the Tommy supermarket, Pat? What supermarket? After fifteen minutes I asked Simon which way they went after the tunnel. When Simon said “what tunnel” it suddenly occurred to me that I was in the wrong marina. I’d gone to the main Split marina some 45 minutes from the one I should have been at. Again I’m blaming sat-nav! I threw her roughly to the floor and decided to use the iPhone instead. I finally arrived about 7pm 8 hours after leaving. A long day. 1500 miles since leaving London. 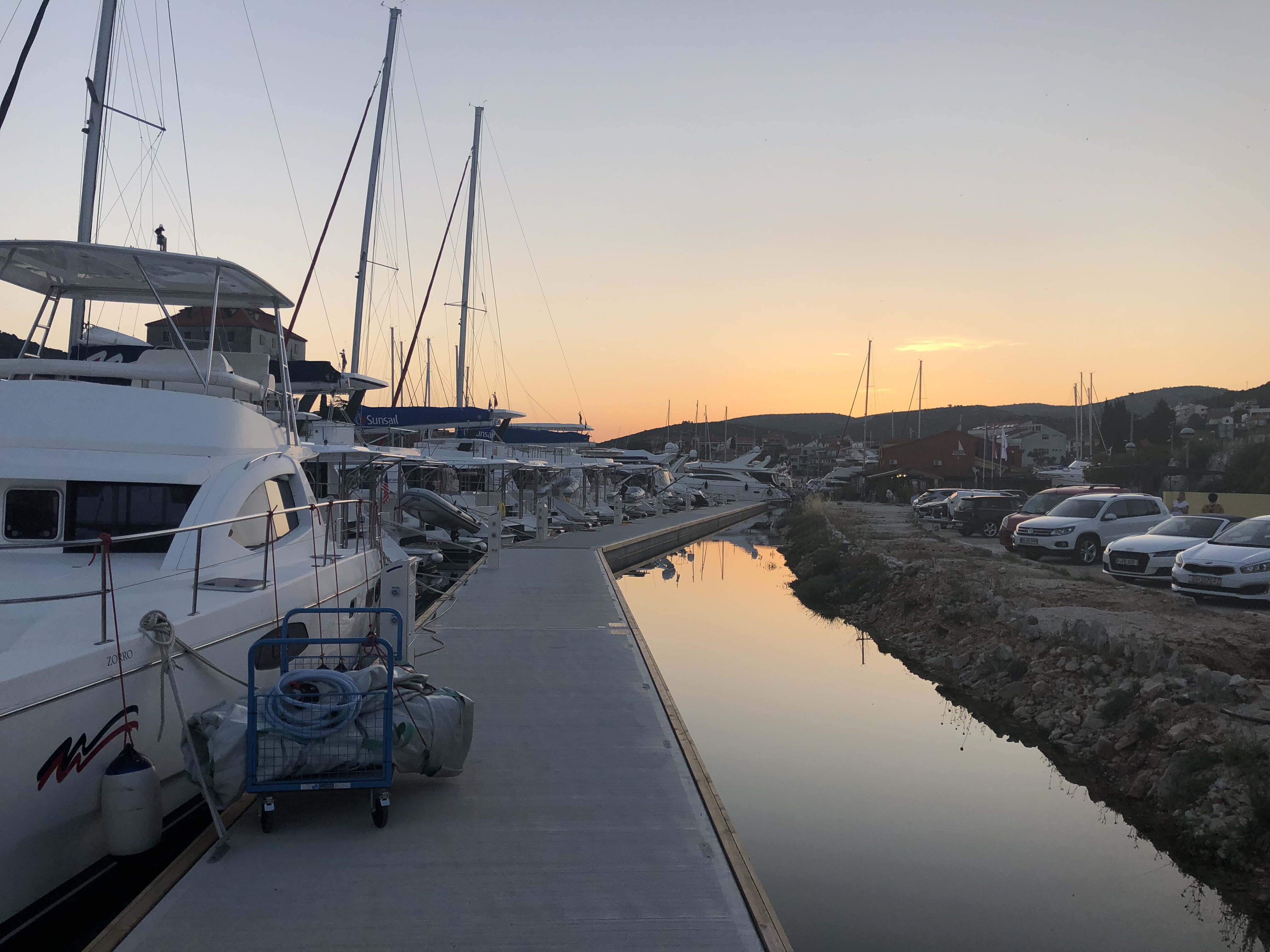