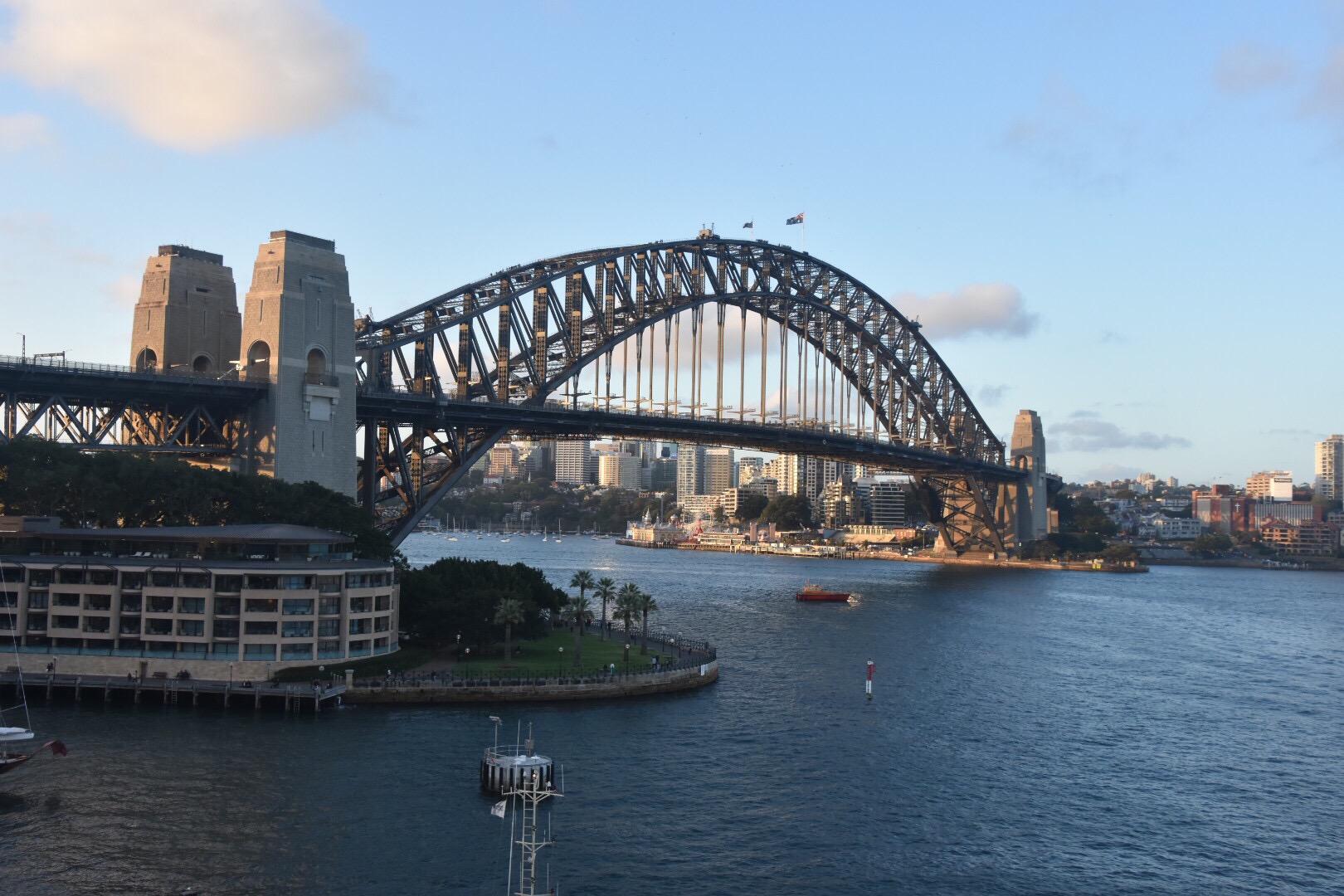 Sailing towards Sydney during our last night of the first segment of this cruise, the seas became quite rough and as a consequence I awoke at 1am and couldn’t get back to sleep. This was the roughest night we’d had and being at the very back of the ship made it worse. I walked around at 2am just to kill some time and didn’t see a soul. Quite eerie. It’s similar to turbulence on a plane. Can’t sleep through that either. It turned out that everyone had disturbed sleep due to the weather.

Anyway, I don’t have much else to complain about. It’s been a good cruise with some great people. I’ve travelled to some new places in the Pacific and not once did Susan and Brenda suggest a game of scrabble. There’s lots to be thankful for.

As I was already up, meeting Chuck at 5:30 for the Sydney sail-in was no problem. He got off in Sydney so I’m spared being “Chucked” for the rest of the cruise.

Linda and I debarked about 9am and met with my friend Jim from the Legend of the Seas and Linda’s friend Lorraine from Beverley Hills. I’d arranged a lunch for a group of us at the Museum of Contemporary Art (MCA) which had a cafe overlooking the bridge and the opera house. The four of us plus Brenda, Susan, Dimitra from the Norway cruise and her daughter Chloe. All good fun but a little stressful merging a disparate bunch from my previous travels.

It was actually quite sad saying goodbye to Susan, Brenda and Linda with whom I’d developed quite a bond. Back on the ship I had to get used to 700+ new faces but experience tells me it won’t take long. The sail away was spectacular as you might imagine. Sydney is a beautiful city and I fall in love with it more and more each time I visit.

In the evening I went to the solo travellers meet to find a new gang and then to the casino to see who the new players might be. Dealer Dalibor from Macedonia was excited as his girlfriend Maria was joining the ship. I first met Dalibor on the 2016 World Cruise and news of his heterosexuality came as a bit of a surprise however my raised eyebrows were calmed when I met Maria who was a vision of masculinity. Les Dawson in a dress. Order in the universe was once again restored.