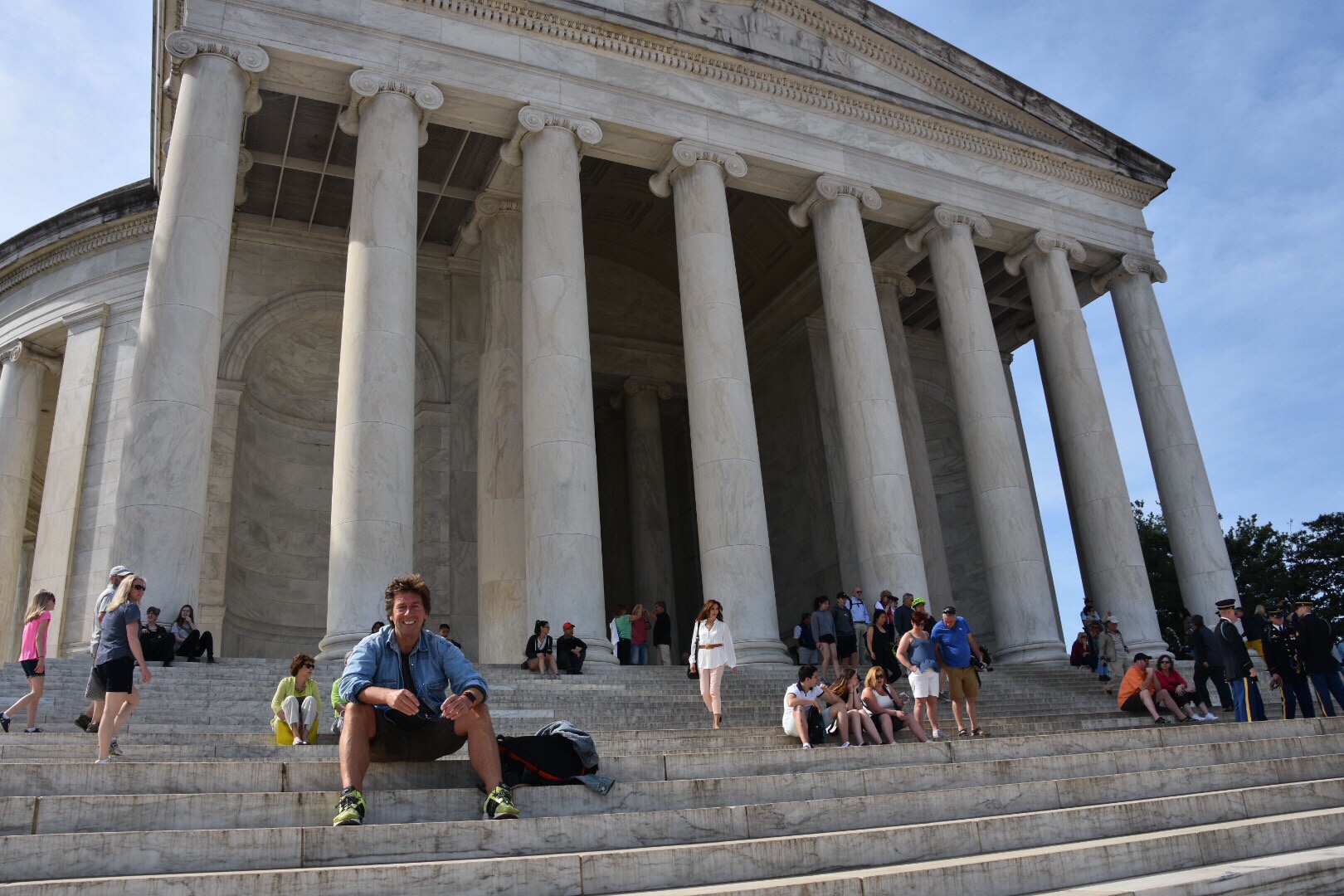 Following on from the beach, Georgia and I had 5 days with Jo in Williamsburg. Our days were filled with trips to see Jo’s new horse Rio, shopping, long walks and cheeky lunches. It was at one of the lunches that I first became acquainted with the Red Hat Society. It’s a women’s group celebrating 20 years, described as a playgroup connecting like-minded women making new friends and enriching lives through the power of fun and friendship. 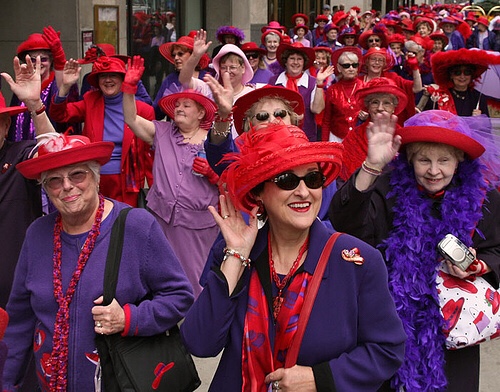 We walked in the restaurant and my eyes were immediately drawn to four older women in red hats adorned with flowers and mostly wearing purple. It was a sight. At first I thought it might be a bet but Jo knew of the existence of the red hatters. So much for fun and friendship. It looked like a quartet of misery. 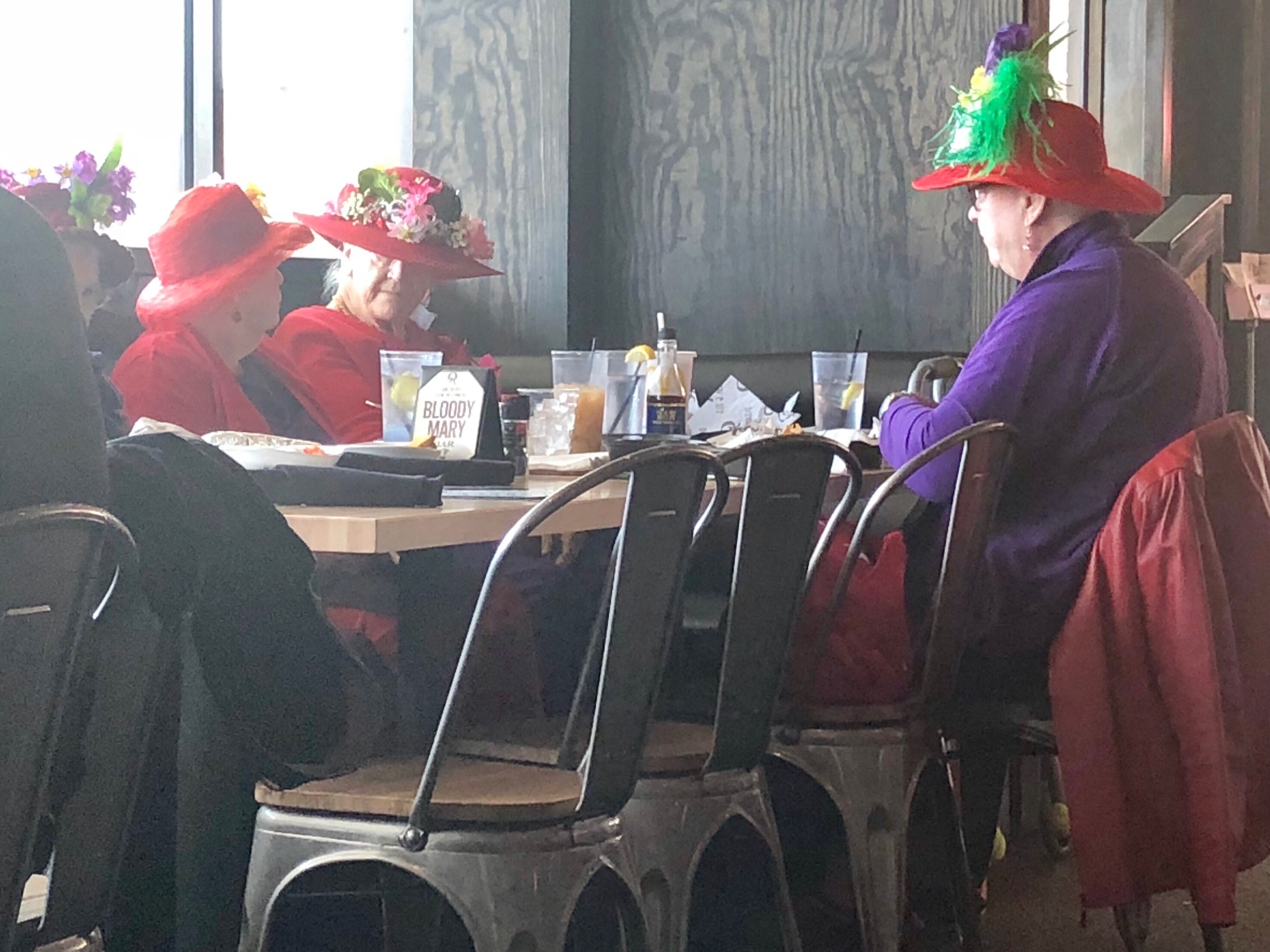 As ever I had a super time in Willyburg. Ford’s Colony is just a marvellous place to walk around. Someday I may get a place there.

Jo was in the middle of training her new horse and actually mounted Rio for the first time during our stay. It’s quite something to train a horse from scratch and be the first person to ever sit astride him or her. 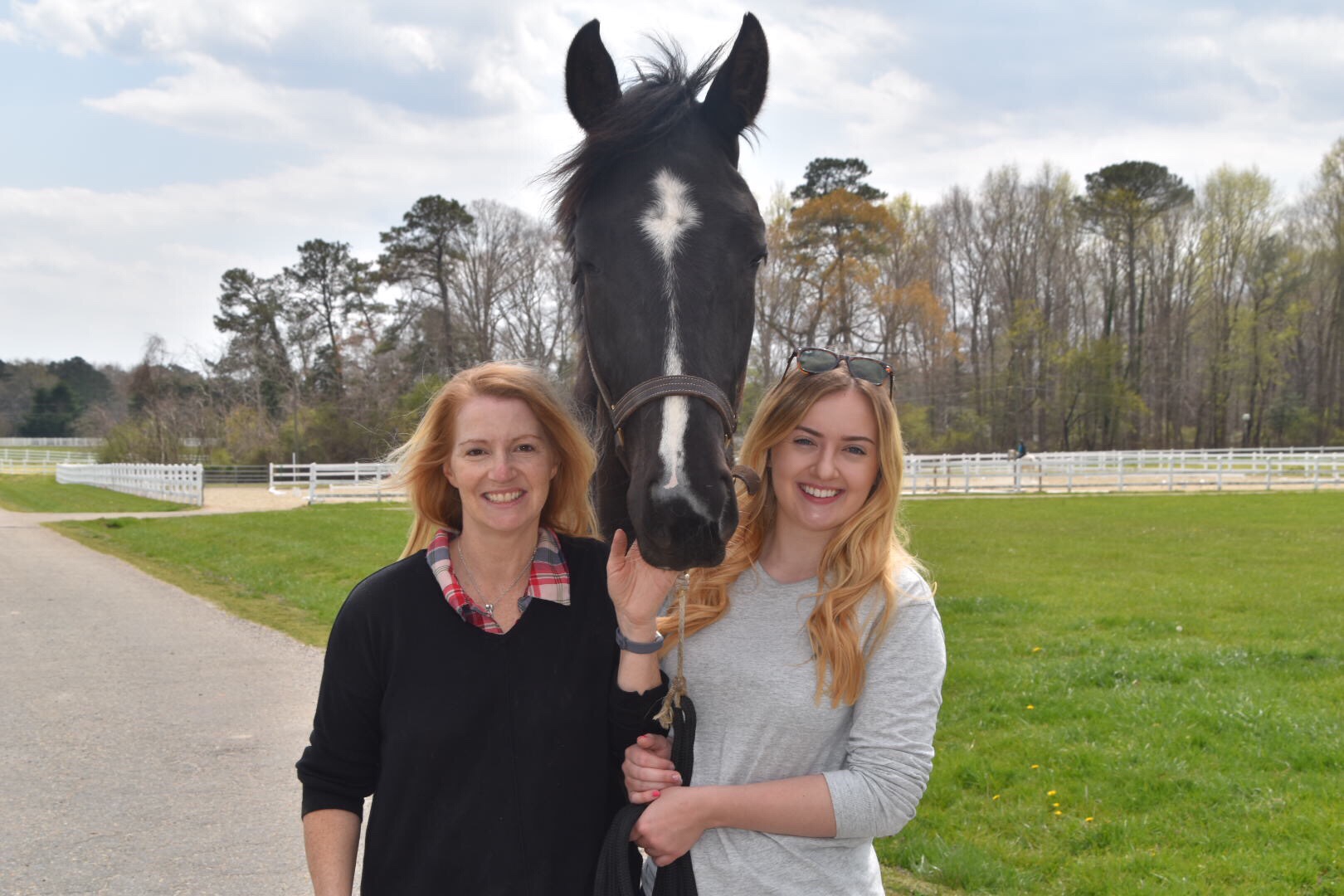 On Thursday Georgia and I left for DC on the Amtrak train which took about four hours. All very civilised and so much better than doing the drive. We checked into the Watergate Hotel and went out for an afternoon mooch around some of the best sights. Georgia hadn’t been there before so she was in charge.

We did the Lincoln Memorial which is the top rated sight and then walked to the Washington Monument and the White House which had unusually tight security.

We taxied it back and I had a sauna where I met a girl who’d broken her foot boxing. She was a lawyer in DC and mentioned a case she’s working on for the NCAA vs. College sports stars who want payment for representing their universities. At the moment they just get free tuition. It’s a highly contentious issue because a great deal of revenue is generated by college sports with crowds of 100,000 not uncommon for football games.

Another lawyer turned up and then a third chap called Zachary (46, English) joined us . He was a real character. He had his own “shorts” made in Jermyn Street. He was in Washington networking at various events.

I bumped into him a little later and we tentatively agreed to meet in the rooftop bar at 9:30. Georgia and I had a super dinner in the hotel restaurant and when she retired I went back to the bar.

Zachary was indeed there and he told me what his business was. It was one of those moments where somebody explains something in great detail but at the end of the monologue you have absolutely no idea what they’re talking about. I liked him though so we went downstairs to meet a German guy he’d met earlier in the evening.

Well the German guy was with an American chap called Matt Beers and two American girls who were of Korean descent. We had a splendid evening and were joined along the way by Norwegian Kai Fossumstuen and Manny the millionaire who lived in London for three years and claimed to have introduced baseball to England. In fact I’m not sure how the UK survives without him such were the tales of his cultural achievements. And I’m sure it won’t surprise anyone but the British women apparently loved him.

The girls were lovely and I had a long chat with Kara. Liked her a lot. I went to bed in the wee small hours a little worse for wear which I think you’ll find it the perfect preparation for sightseeing the following day.

The unseasonably cold weather on the east coast of the past two weeks had just turned for our final days so Georgia and I had a marvellous time walking around the city in perfect temperatures with the cherry blossoms in bloom. We went back to the Lincoln Memorial for the “creative photo” and then walked around the tidal basin to the Jefferson Memorial. It happened to be Jefferson’s birthday so there was an event being set up with men in uniform and people in smart clothing. TJ would have been 275 today. That’s a lot of candles. 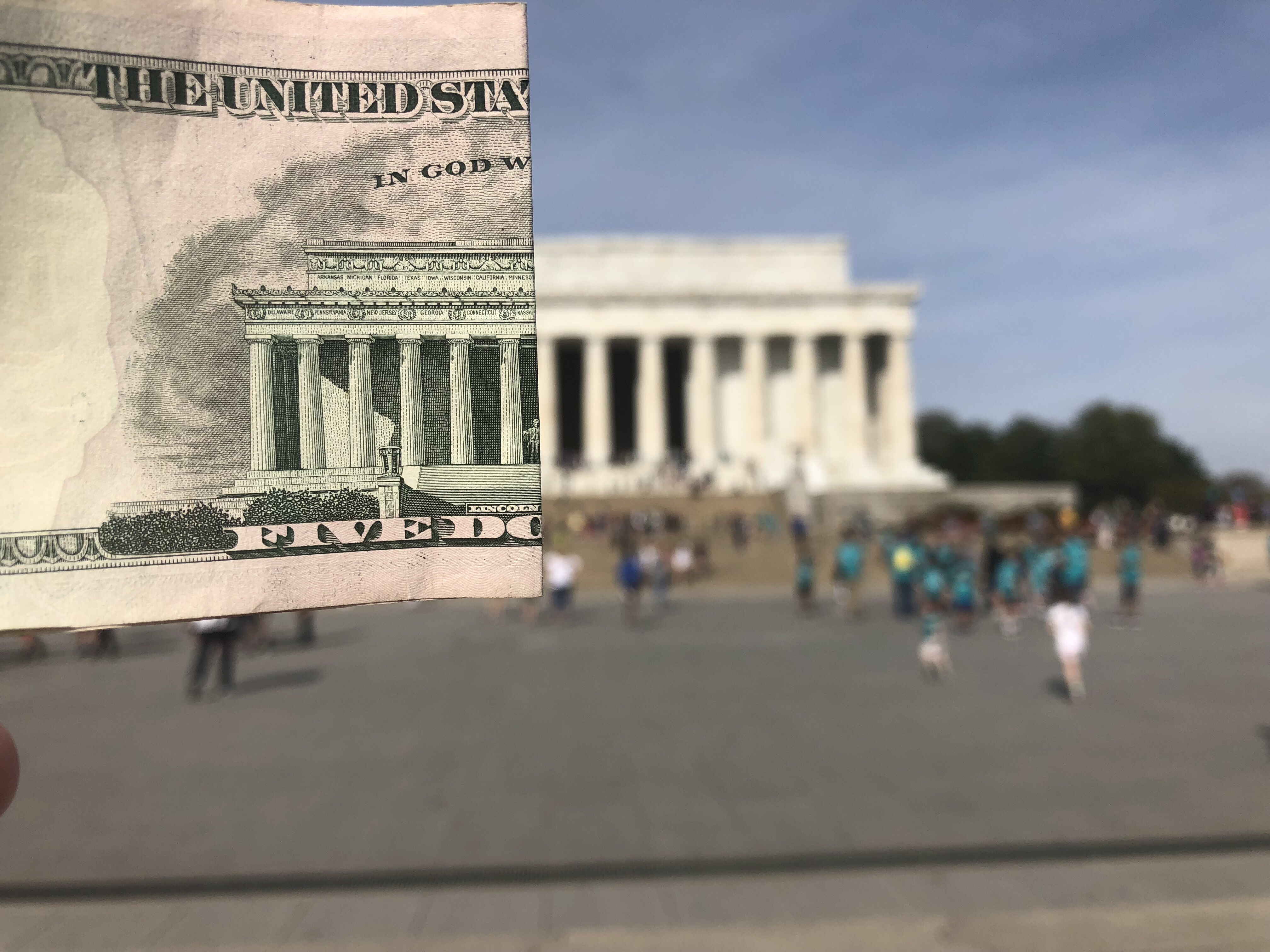 We checked out at lunchtime and headed for the airport. The original Watergate scandal was in the early 1970’s and eventually led to the resignation of Richard Nixon. The modern day scandal was the final bill. A smashing trip though.