Cape Town is the second city of South Africa lying on the southwestern coast in the shadow of Table Mountain with a population of almost 4m. People from Cape Town are called Capetonians and about one third are white with English as the main language.

Right now Cape Town is facing a massive water shortage (the worst drought for a century) and the taps get switched off on April 12th (day zero) a date which has already been brought forward. Low rainfall for three years has meant rationing people to about 50 litres per day (a small shallow bath) however only about 40% of people are complying with the restrictions. Watching the weather channel it would seem that heavy downpours are expected all over South Africa in the coming days but they stop short of Cape Town.

Wednesday we headed for the first of our two days out in and around Cape Town. First stop was Simon’s Town on the Cape Peninsula which is the HQ for the South African Navy (hello sailor). A mile further down the road was an African Penguin colony which was fabulous. It’s quite bizarre seeing penguins in 80 degree heat but the icy cold water makes up for it. Interesting fact time. The collective noun for a group of penguins changes depending where they are. In the water they are a raft of penguins, on land they are a waddle and of course in a supermarket they are a pack. My favourite penguin encounter to date. 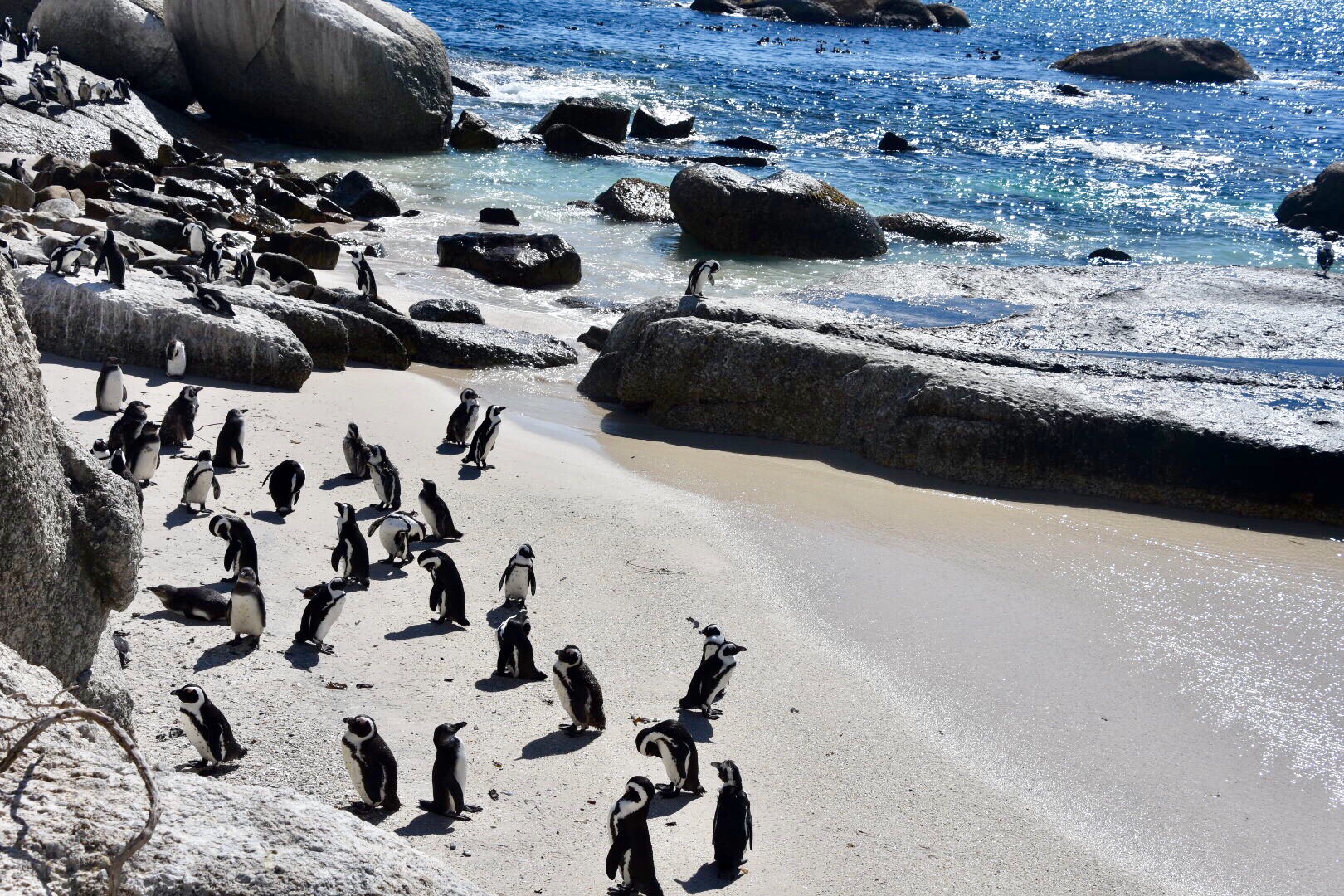 Our jolly day out continued to Cape Point and a climb up to the lighthouse with fabulous views all around. Then a one hour hike to the Cape of Good Hope which is erroneously regarded as the southernmost tip of the African continent. It is actually the most southwestern point of Africa which isn’t really important at all. It’s not the most south and it’s not the most west but it is more south than the most westerly and more west than the most southerly. Anyway Bartholomew Dias first saw it in 1488 and named it the Cape of Storms as it was a bit rough that day. This was a bit off-putting to sailors looking to get to the East Indies so it was changed to a less foreboding name. Dias never set foot in South Africa. 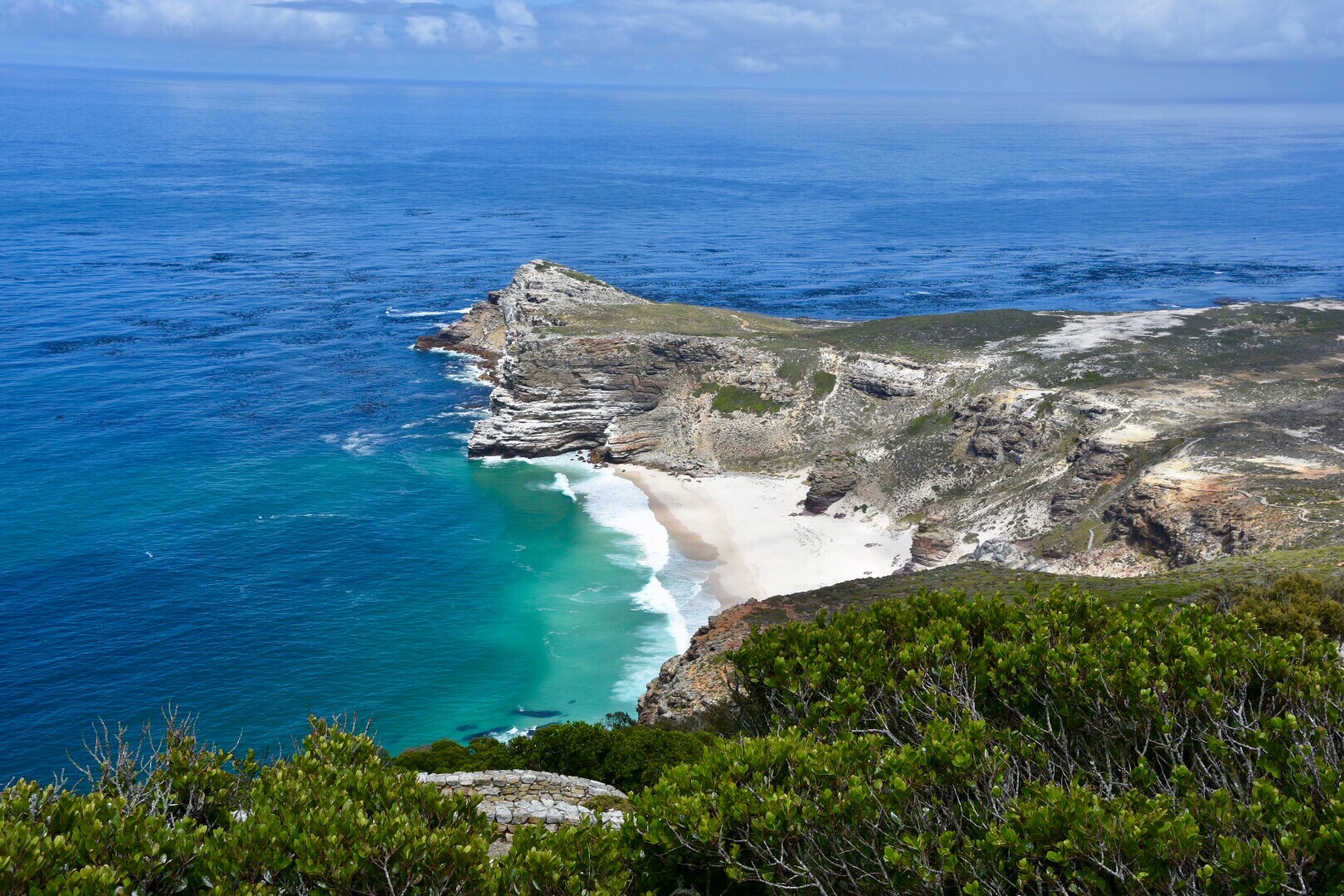 In the late 1700’s a determined (pig-headed) Dutch Captain rounded the Cape in stormy seas and the ship and all her crew perished. After this there were various sightings of a legendary ghost ship which is doomed to never make port and sail the oceans forever named the Flying Dutchman. Pirates of the Caribbean also features the Flying Dutchman with Davy Jones as the captain.

On the way to Cape Point we came across a large group of Chacma Baboons. Apparently they are highly intelligent. It’s been suggested more intelligent than the average Welsh person with the male being twice the size of the female. Mating is curious. I’m sure there’s a more technical description for it but when the female is up for it, her arse turns bright pink.

The last full day of the tour started with a trip to Robben Island (Robben means seal in Dutch) located about 12km from the Cape Town waterfront. We were loaded onto buses and given a forty five minute tour before entering the maximum security prison. Our oddly shaped guide was good if you like a monotone somewhat somnambulant presentation. She spoke IsiXhosa (the same tribe/language as Nelson Mandela) which has a lot of clicking sounds.

We trundled past the leper cemetery and a small church where on February 14th, according to click girl, you could get married or renew your ‘vowels’ which sounded more like a scrabble move to me.

Robben Island was exclusively for political activists and dissidents and visitations from family were restricted to twice a year for half an hour. They were only allowed to speak English during visits and conversations were monitored. As a result many prisoners opted to sit in silence as a form of protest. Visitors had to be at least 16 years old.

Nelson Mandela was of course the most famous Robben Island inmate and he spent 18 of his 27 years there from 1964 to 1982. I had always thought it was the final 18 years of his sentence not the first 18 years. You’d be hard pressed to name the other prisons he spent time in and indeed any other prisoner from Robben Island so the marketing men have done a good job making this one of the main tourist attractions in the whole of Cape Town. There was a Nelson Mandela shop at both ends to make the most of ‘brand Nelson’.

We shuffled past his cell which was 6×8 with a thin mattress and a bucket. As one of the political leaders he was in a cell of his own. Others were in dormitories. The dog kennels were actually bigger than Mandela’s cell. Our prison guide was a former inmate who now lives on the island and his next door neighbour is a former guard. 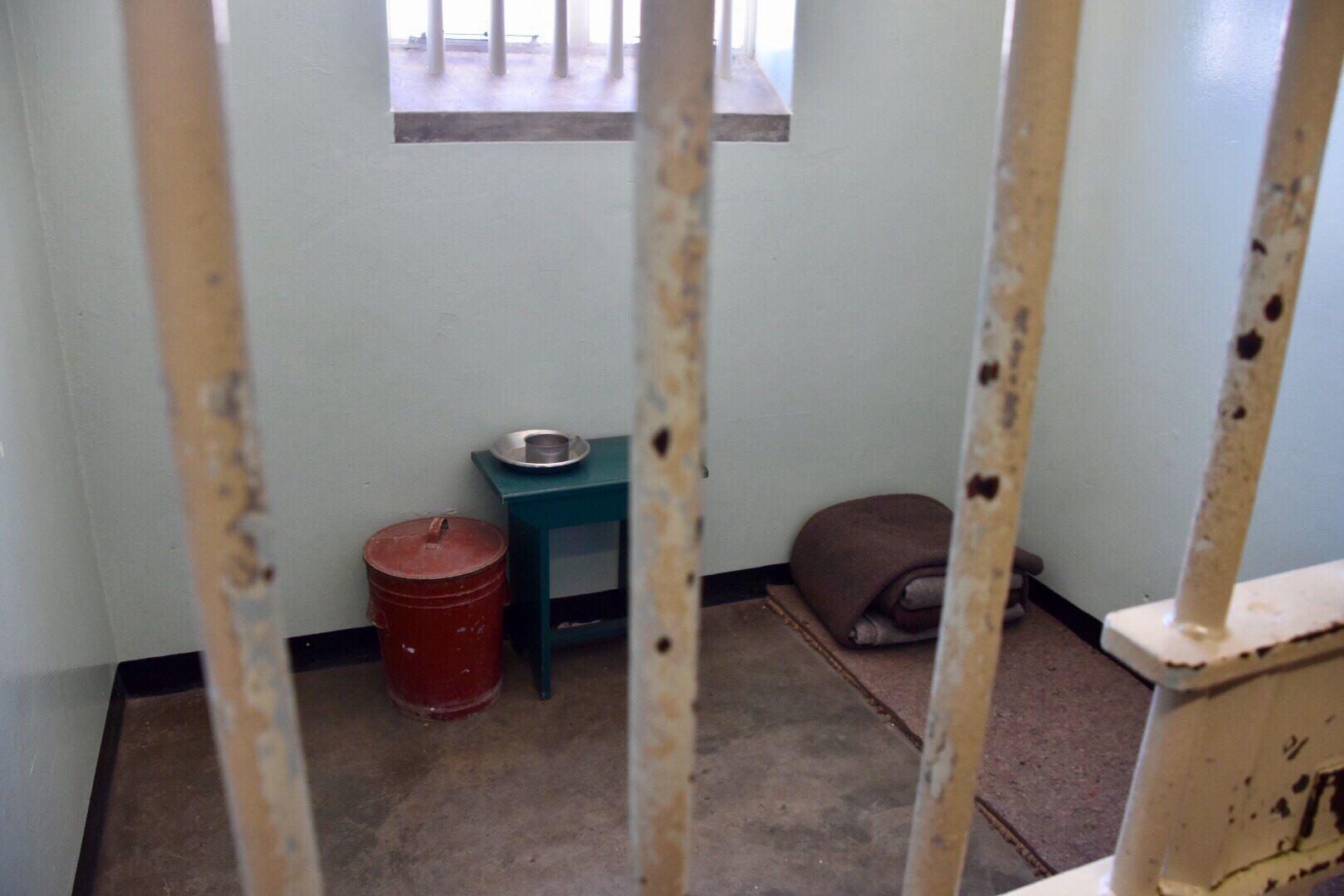 The final morning saw 12 of us head off for some last minute sightseeing. We drove down the coast road on what is regarded as one of the most spectacular coast drives in the world to Chapman’s Point. It was rather nice. 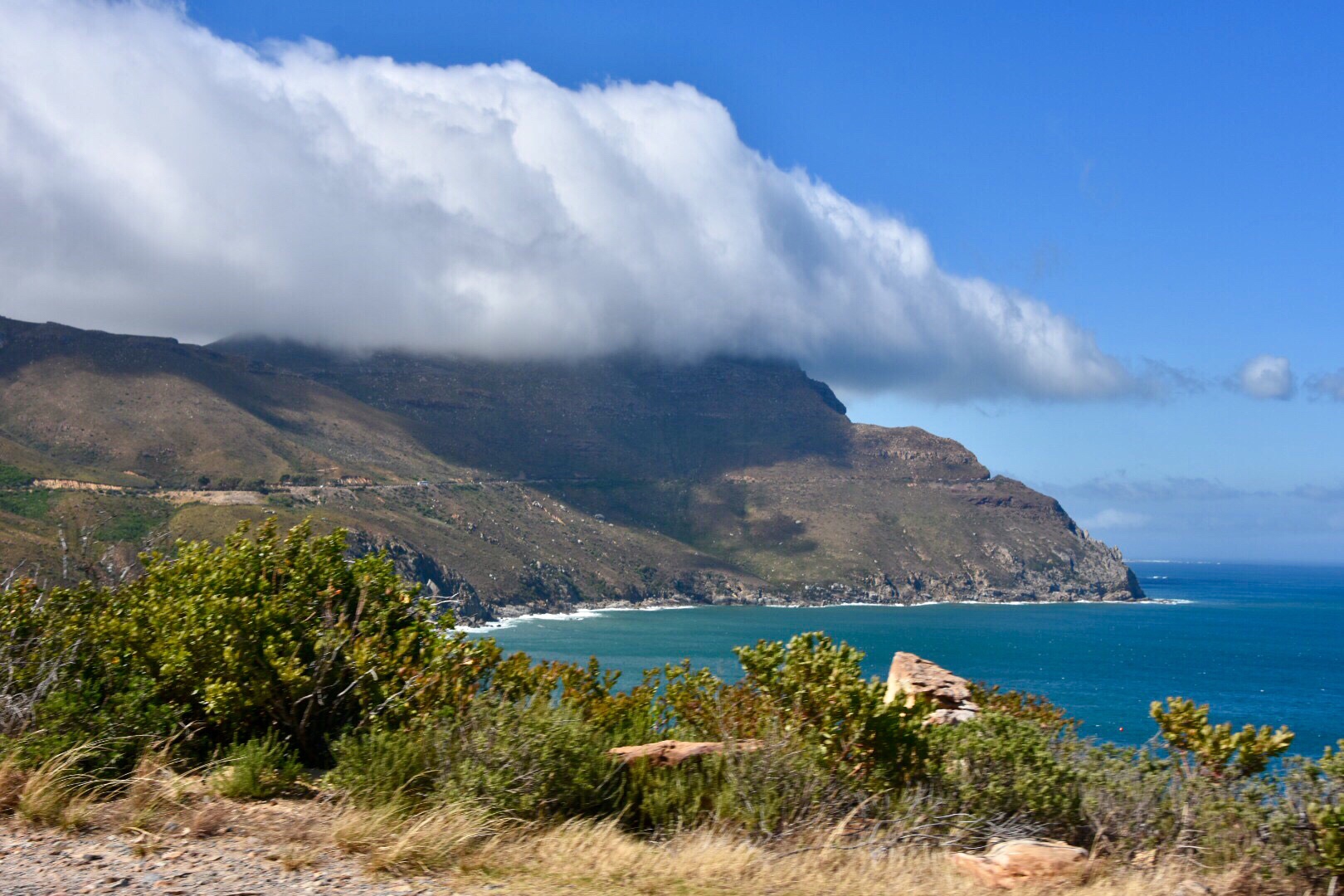 Note: The most southerly point in Africa is Cape Agulhas about 90 miles from Cape Town and it is also where the Indian and Atlantic Oceans meet with differing water temperatures. It was off the coast of Cape Agulhas in 1852 when HMS Birkenhead was in a spot of bother and the order was given for ‘women and children’ to abandon ship first. This was the first recorded incident of this chivalrous gesture and became known as the Birkenhead Drill.