Christchurch is the largest city in the South Island with a rather minuscule 380,000 people. It was another magnificent sail in with cloudless skies and stunning scenery. The city is still recovering from a 6.2 magnitude earthquake which struck in February 2011. 185 people were killed and 1500 buildings were eventually demolished. The cruise ship terminal still isn’t operational which means a temporary solution at Akaroa some 80 kilometres away. Of course this means that Akaroa and it’s 700 residents, who wouldn’t normally get a look in, have benefitted from the cruise ships mooring offshore and tendering lots of bewildered old folk to its shores. Akaroa is stunning and I could have happily spent a day there mooching about like the moocher that I am but I hadn’t been to Christchurch and Jane McDonald said it was lovely. It turned out she wasn’t being entirely truthful although she does come from Wakefield which might explain things. 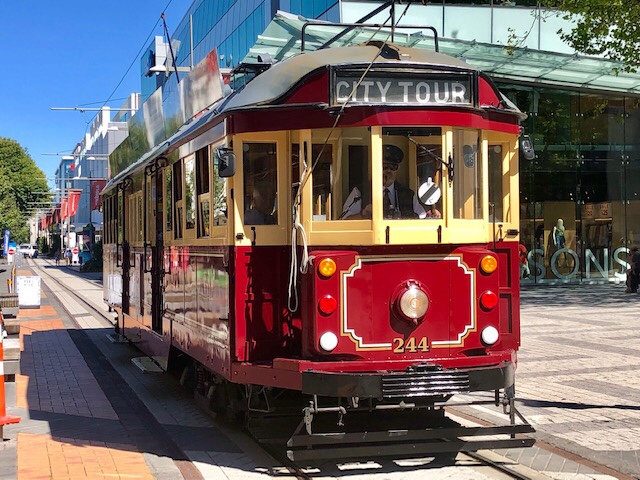 It won’t surprise you to know that I shunned the offer of “Christchurch on your own” by the ship for $80 which basically meant a shuttle to the city and back. On shore they had a local offer which was only $50 so I was 30 bucks up before 10am.

We were given three hours in the city which I’d say was long enough. I spent a total of five minutes on the extortionate tram which is only value for money if you spend 8 hours on it. This severely eat into my earlier saving but I was still winning and the sky was blue and the temperature was in the 80’s so I kept my first-world grumbling to myself.

I wandered around the city looking for photo opportunities but found very few. I managed to see the first quarter of the Super Bowl in a bar and treated myself to a glass of Sav Blanc and a Caesar salad. Never before have I experienced croutons quite like these. If I’d persevered I’m sure my teeth would have fallen out. They were like square bullets so I removed them and placed them on a napkin as exhibit A.

Next stop were the botanical gardens where the river Avon gently meanders with lots of punting. I do like a punt although one couldn’t punt on ones own, instead having to be seated with a number of others and leave it to a professional punter to have all the fun while regaling stories about Christchurch. I resisted. But it was a lovely walk round the gardens. 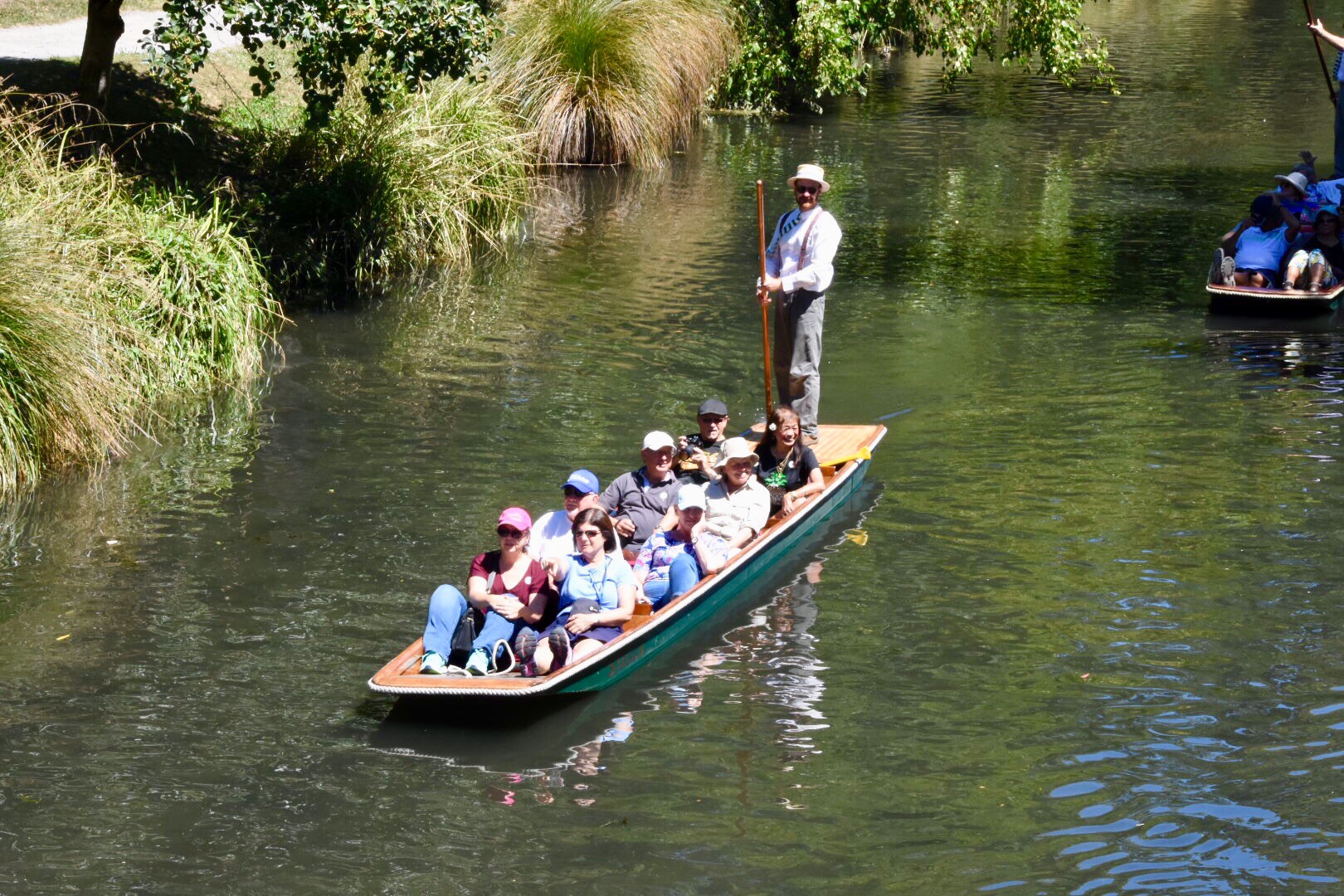 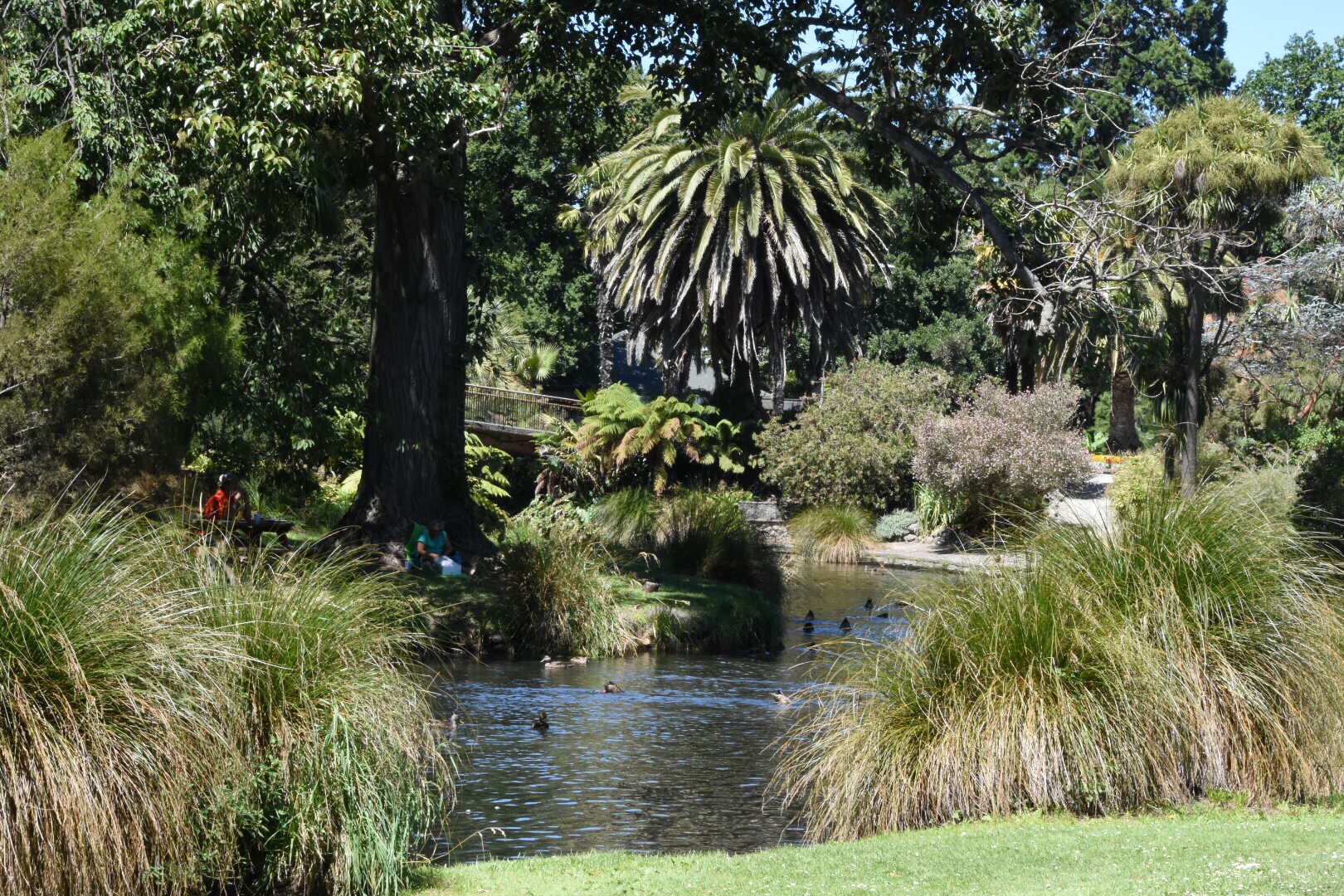 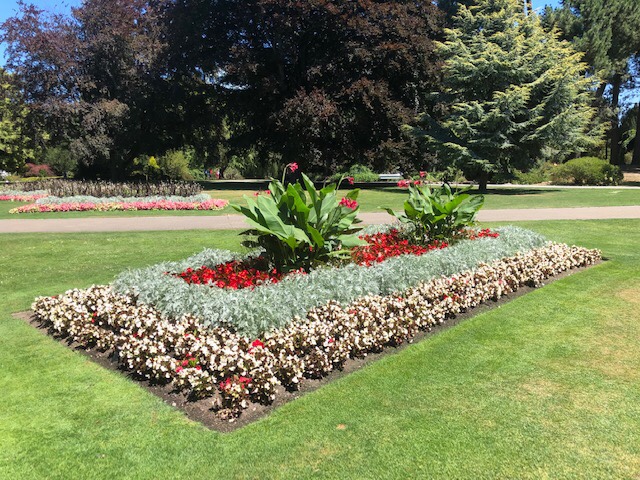 On the coach back I sat next to Mick (66) from Sydney and we got on like a house on fire. We shared life stories and the hour and forty minutes went by very quickly indeed. 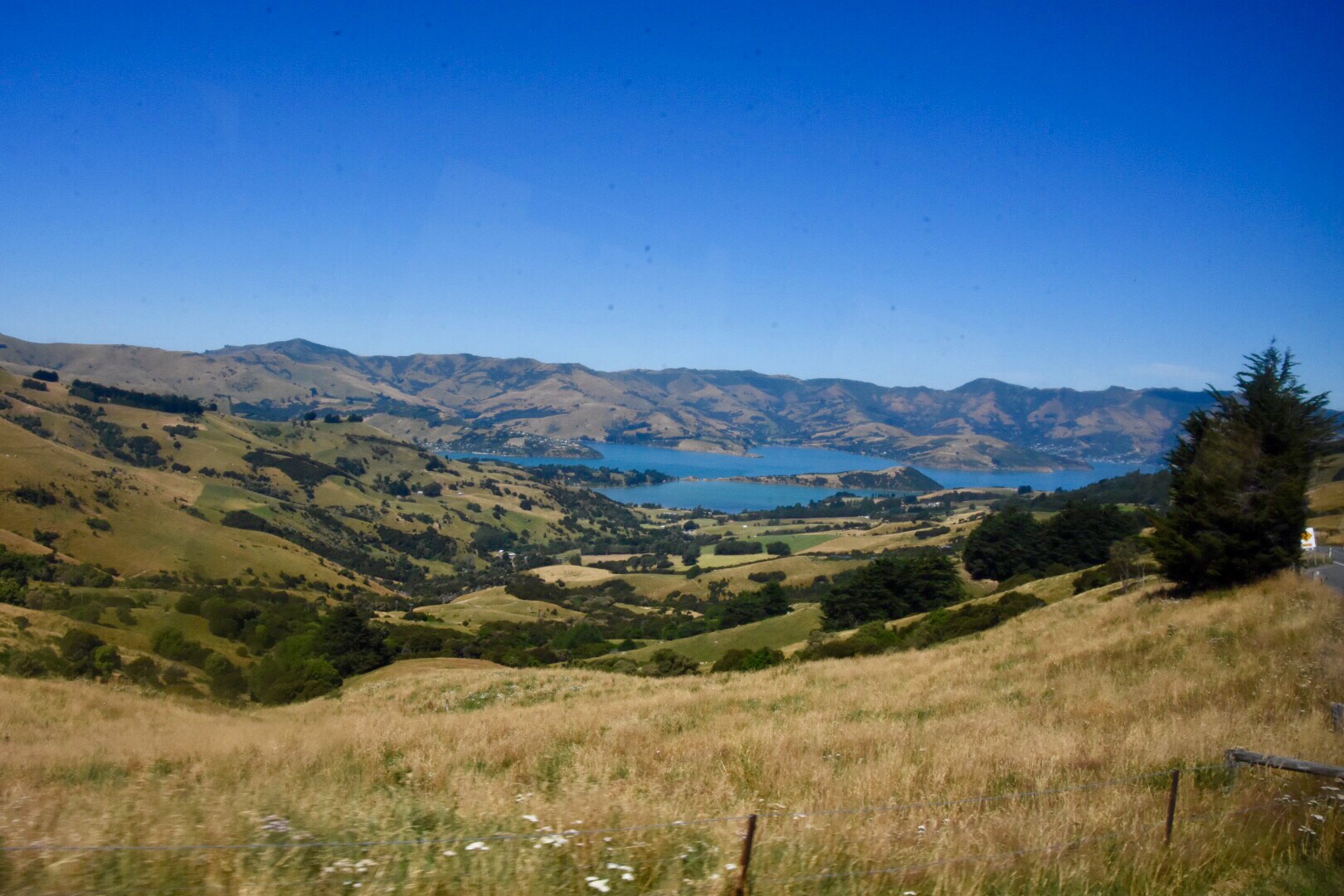 I was a little disappointed with Christchurch and I’m not sure if I’ll ever trust Jane McDonald again but Akaroa was splendiferous and I sat chatting with Dianna for an hour in the afternoon sun smearing a mint chip ice-cream across my face. Next stop Picton. 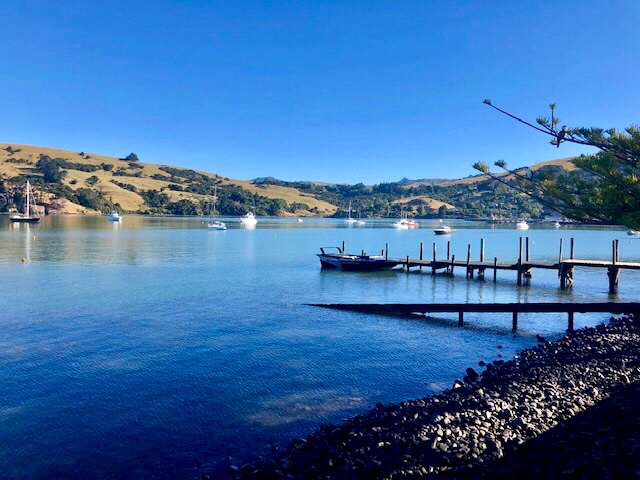 Picton is located on the northern shore of the South Island and I visited there back in early 2016 on my world cruise segment from Fort Lauderdale to Sydney. It was rather more attractive than I remembered as I sauntered around with Dimitra and Chloe. I recalled there was a short hike up a hillside with views of the port which got Dimitra quite excited but seemed to have the opposite effect on Chloe for whom exercise is a foreign concept. Anyway, we persuaded her to do it and she treated us to sulky teenager all the way to the top. 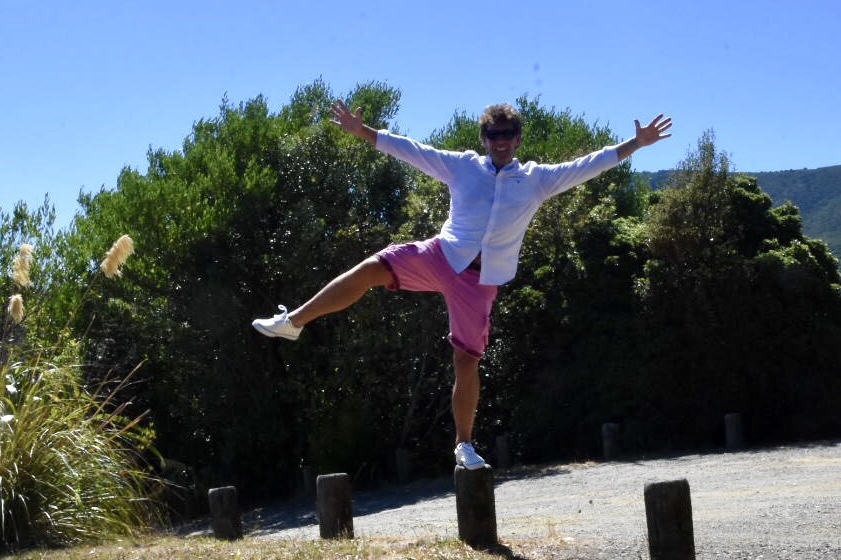 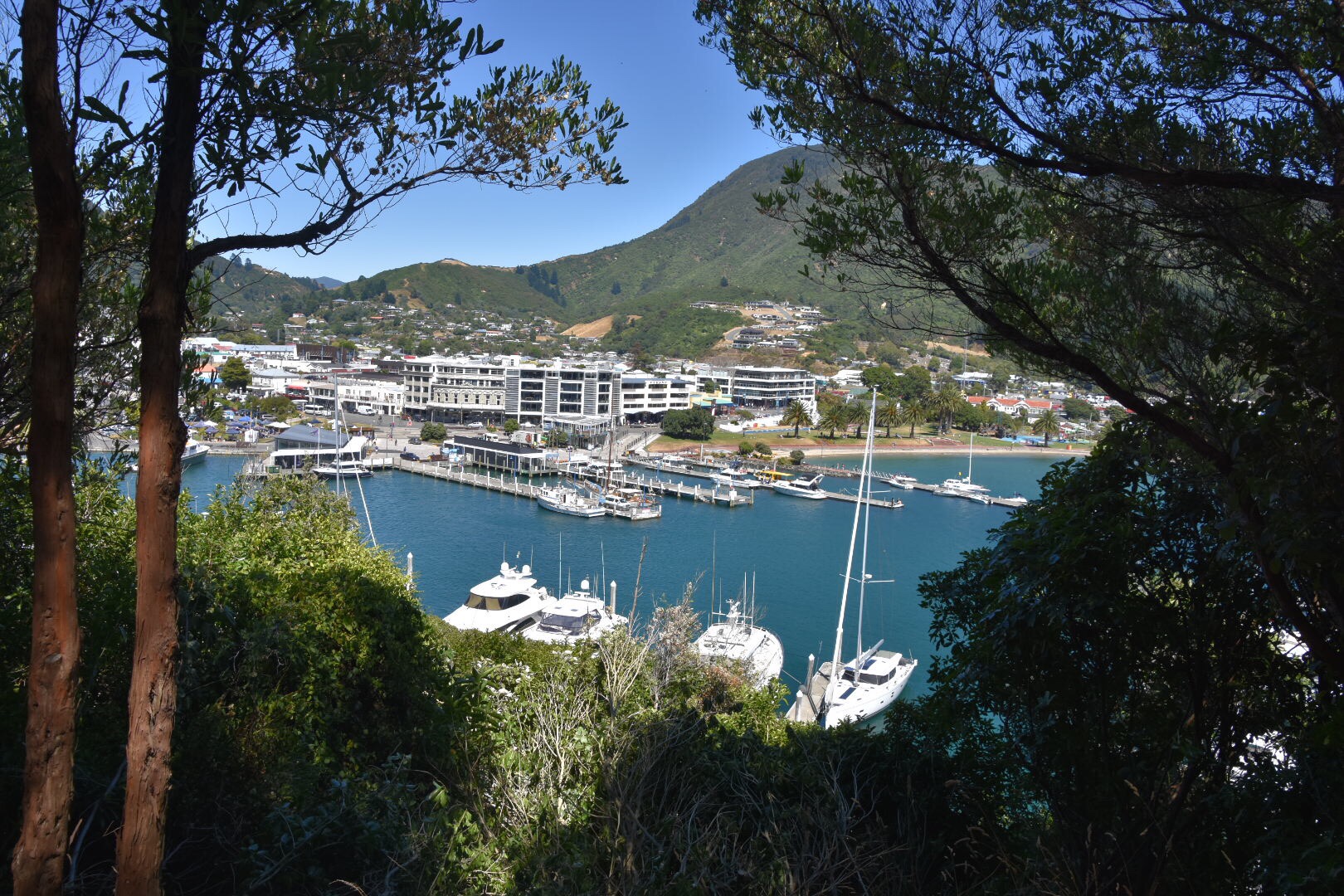 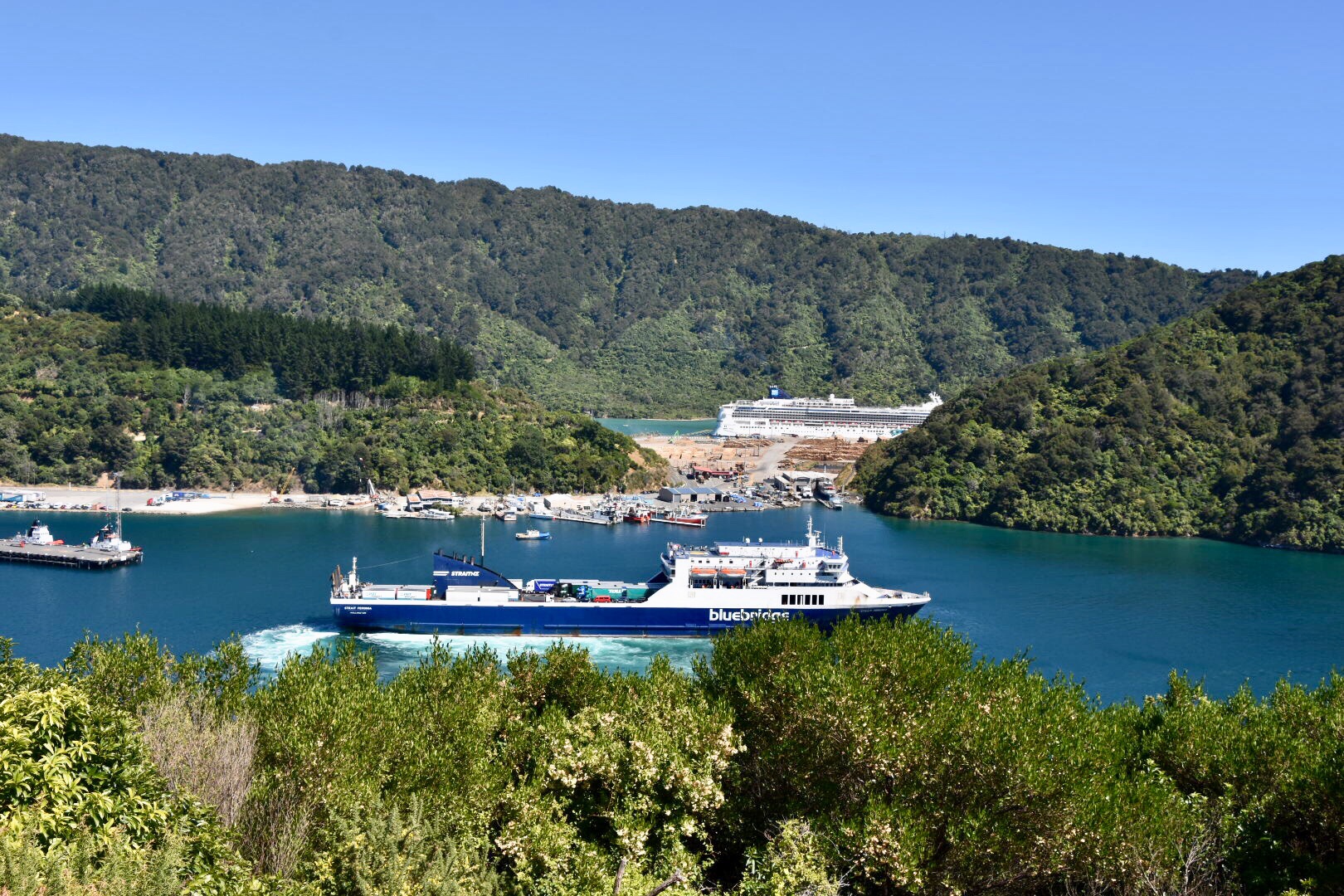 Picton is in the wine growing Marlborough region with a population of less than 5000. It is a major hub connecting the North and South islands via the Cook Strait and got its name from Thomas Picton who was killed in the Battle of Waterloo (where a chap called Arthur defeated Napoleon).

Once we’d descended I went back to the ship for some sunshine. It was 80 degrees and after avoiding the Australian sun I was beginning to look white, or at least white for me. And what an enjoyable afternoon I had wearing speedos, a bandanna and starting a new Bill Bryson book and being in fits of laughter in the first few pages.

It was also the Chinese New Year and it was the turn of the Pig. Despite having a fair number of our Chinese friends on-board, the celebrations were rather low key.

In the evening I dined with Dimitra and Chloe, who can actually be very pleasant at times, before heading to the show which was called Velvet. The day before I’d met an African American in the sauna who was the size of a mid-sized SUV who said he was on the ship in support of a singer from the show. So I went to the show and I saw the singer he was talking about. Not as large as him but they’d both struggle in the cabin shower. Then, part way through the show a guy from the audience gets on stage and it’s him wearing high heels and a pink sequinned playsuit dancing with a great deal of enthusiasm. I guess if he’d told me in the sauna that he was actually part of the show I may have thought he was stretching the bounds of credulity. The show was superb. High energy and visually spectacular. I’d planned on staying for ten minutes but saw the whole thing. Anything that can keep me from the casino must be good. The music was from the disco era with singers, dancers and aerial acrobats and a stunning set.