We left the Drakensberg in glorious sunshine and the dramatic scenery continued along the entire journey – all 7 hours of it. As breathtaking a scenic drive as I’ve ever had. We stopped on numerous occasions for photos and bathroom breaks and enjoyed another splendid lunch in a lay-by Exodus really are spoiling us. 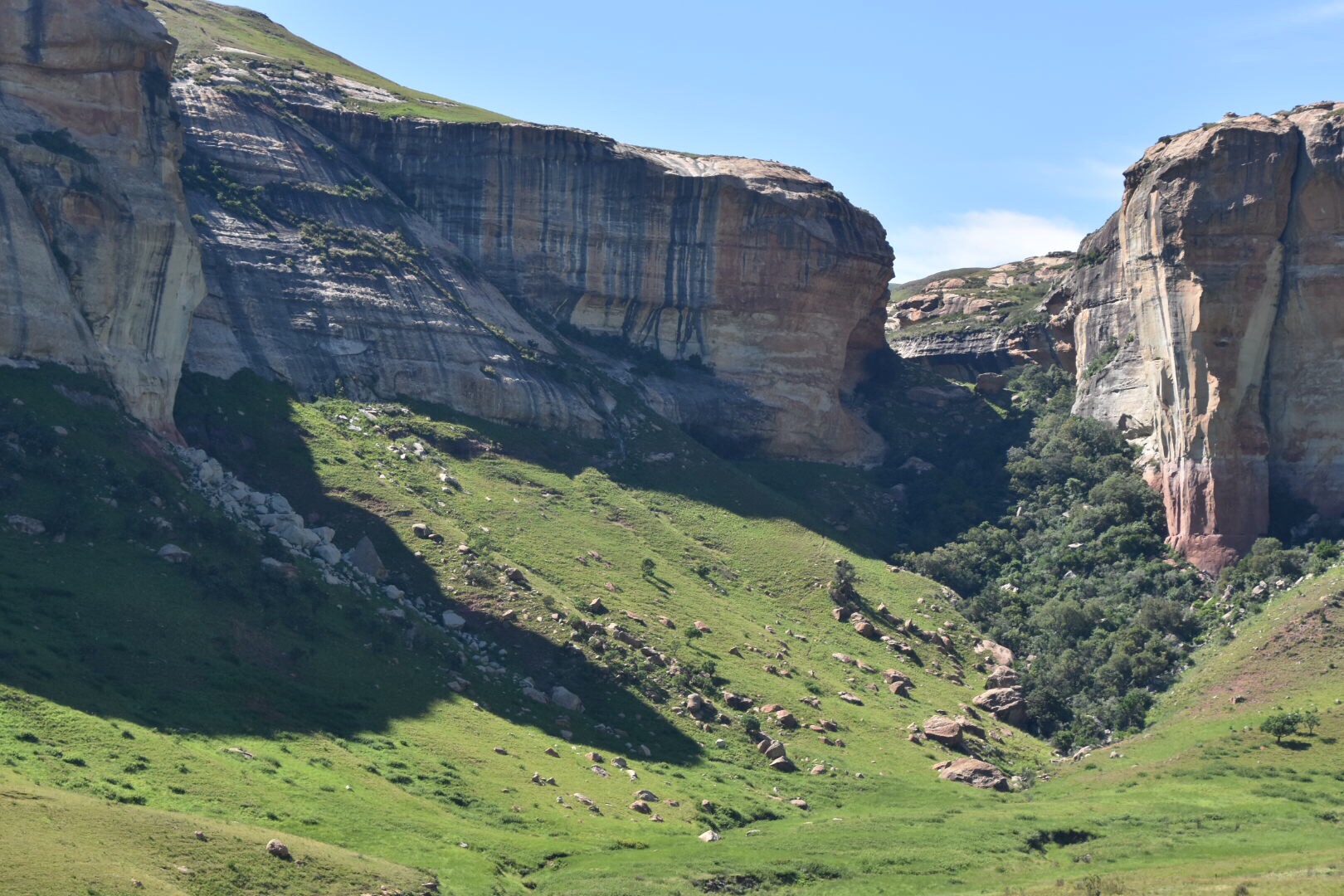 The border crossing was a perfect example of inefficiency by the South Africans with a single person processing everyone in a line of over 200 people but with some cheekiness from driver Joel we managed to halve the time from 3 hours to 90 minutes. Once in Lesotho, or another shit-hole country as The Donald might call it, we had another two hours to Malealea Lodge where we stayed for two nights, 6000ft above sea level. It was more like a compound.

Lesotho is a small country in Southern Africa completely surrounded by South Africa. There are just over 2.2m Basotho (formerly Basutoland) living in a country of 11,700 square miles. The capital is Maseru and they gained independence from the UK in 1966 although they still maintain ties with Britain (especially Wales).

Now here’s an interesting fact which may cause temporary astonishment. Ben Nevis is the highest peak in the whole of the British Isles at 1345m. The “lowest” point in the Mountain Kingdom of Lesotho is 1400m meaning the entire country is higher than the British Isles. The elevation makes the winters cold with snow quite frequently but the summer temperatures still reach the low 30’s Celsius.

Lesotho doesn’t escape the HIV pandemic in Southern Africa and ranks second highest in the world with 25% of adults infected. I spoke to one of our guides Tshidy (who had one of the amazing posteriors I’ve ever seen) and she said that village elders buried their heads in the sand about the issue and regarded condoms as bad things. Ironically most of the elders died from HIV. More recently common sense has prevailed and things have started to turn round. This stance damaged the reputation of the elders who are no longer regarded as all-knowing. Bill Gates, Bill Clinton and Prince Harry have all been involved in programs to combat AIDS and HIV in Lesotho. 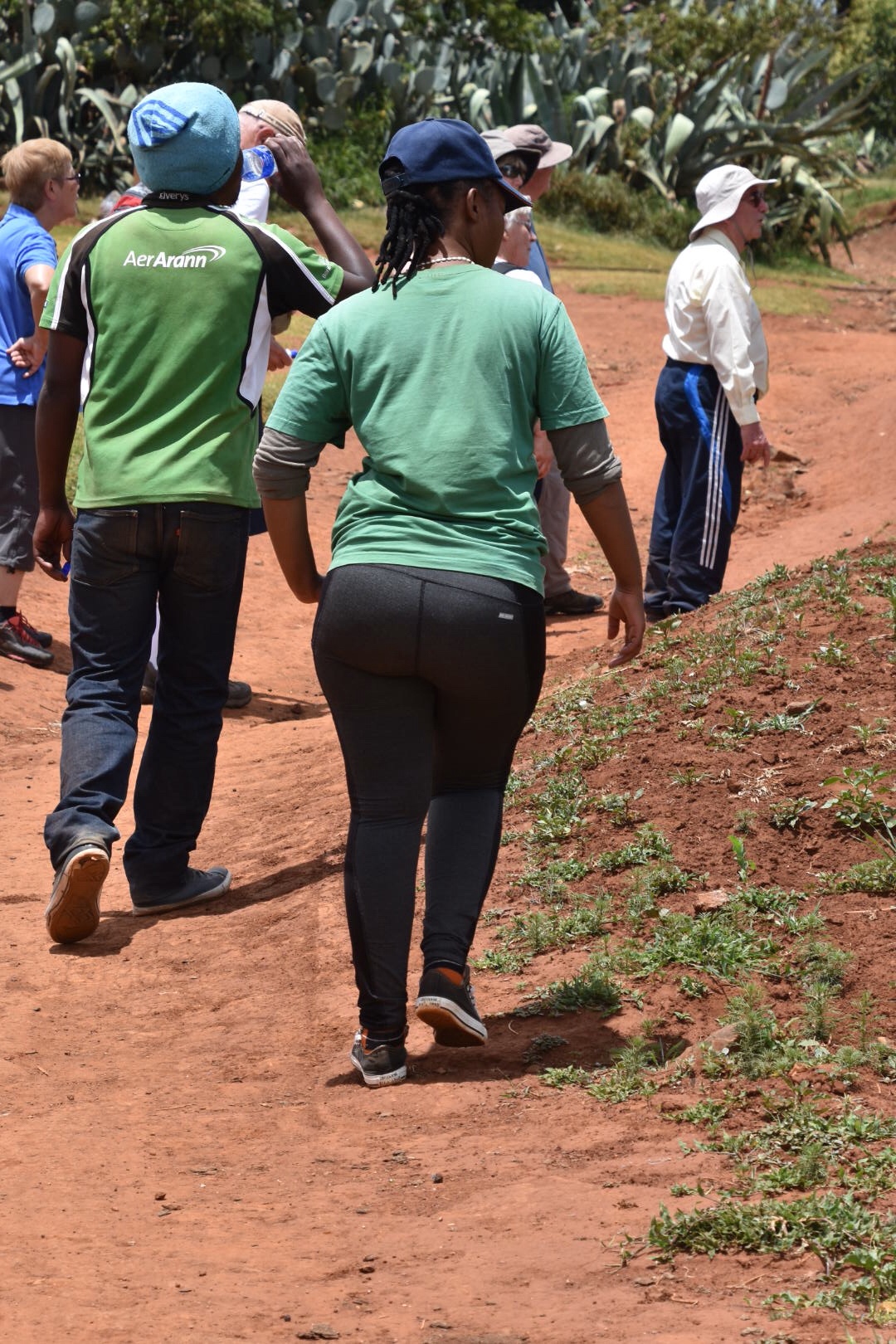 Amongst others, Levi’s and Timberland have manufacturing operations in Lesotho because labour is cheap. Unemployment is at 27% therefore working in neighbouring South Africa is often seen as a good option and is relatively straightforward. The chap with the biggest house in the village used to work in the gold mines of South Africa and retired back to Lesotho and built a dirty great house. He’s recently had a leg amputated due to diabetes.

On Thursday morning a group of us trotted off on a village tour and a visit to a local primary school. It’s their summer holidays however the teacher managed to rally about 35 kids to come in and receive gifts that the wealthy white tourists had bought. It all felt very uncomfortable. Primary school is free however at age 14 they go to high school where attendance is optional (which costs around £130 per year). 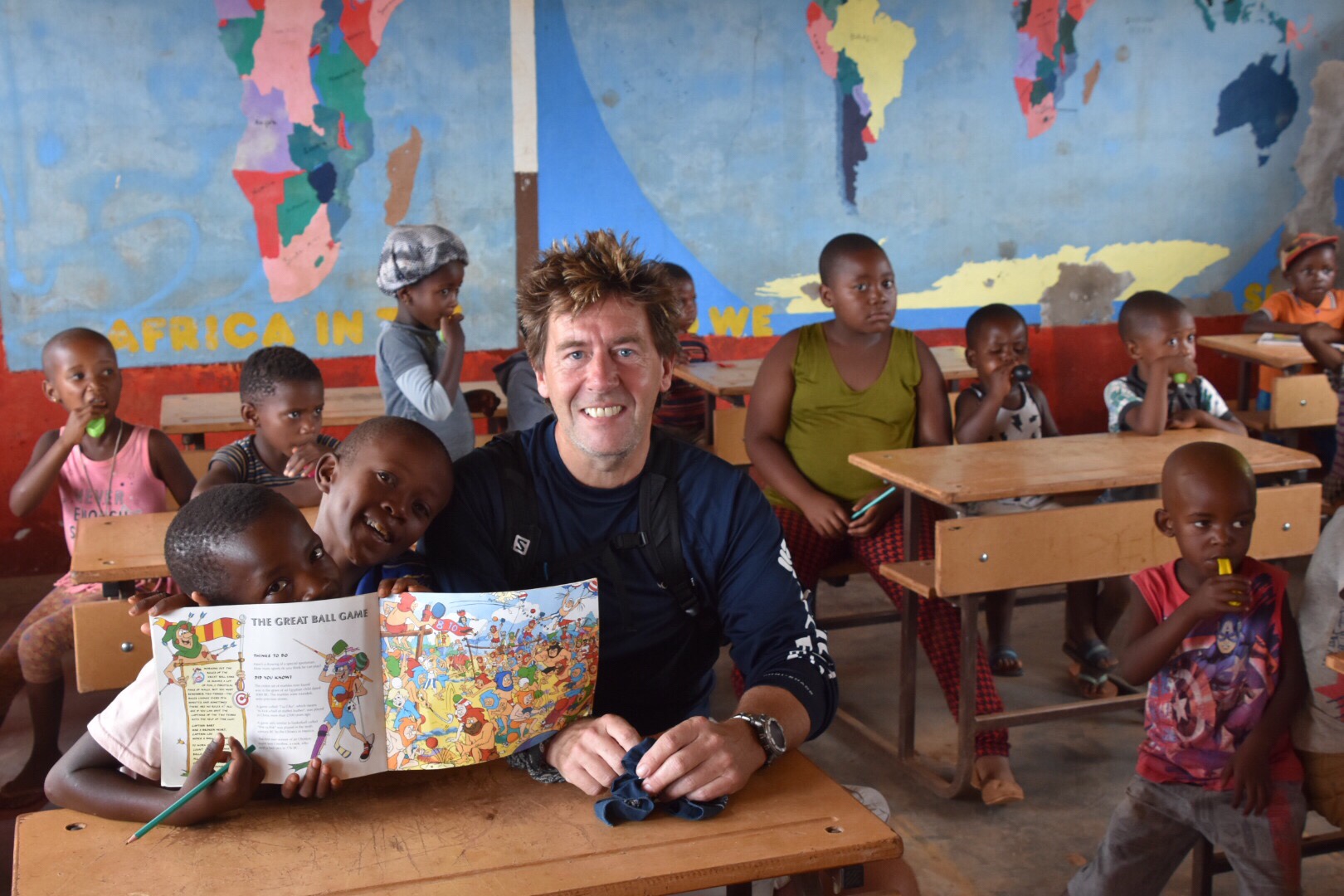 After the school we strolled to one of 14 villages in the area and met the sub-chief (wearing everyday clothes). He’s the sub-chief because the former chief died and his son wasn’t old enough to become chief which is set at 21 years old. Once you become chief of a small village you have to stay. Chiefs can’t leave. To become chief you just need to be the first to arrive at a new place. All subsequent arrivals will regard you as the chief.

It’s a bit precarious being a cow in Lesotho and even more perilous being a sheep. It’s better to have girls as you’ll receive cows rather than give cows away. Another guide, Bernard (we had three guides for 11 of us) had a brother and two sisters so his parents had to give cows away for the boys only to receive cows back for the girls, minus the slaughtered ones of course.

We all awoke early and when I say early it began with a four. One of the disadvantages of staying in a rural area with animals is that the wildlife generally wake earlier than the people and make a bloody racket. Friday was the biggest drive yet and it took us a few hours to leave Lesotho through a southern border crossing. Along the way we travelled through countryside and villages and one of the most prominent features of life in Lesotho is the outside toilet. Every house we passed had one. Some made of breeze blocks and some more basic models made of corrugated steel. We saw hundreds. I could write a pictorial book called “Bogs of Lesotho”. I think the issue is lack of plumbing so the external dunny is preferred. One of the more basic models is shown below. The second one is a more deluxe version. The one at the bottom is at the cheaper end of the spectrum but it did have a better ventilation system than the others. 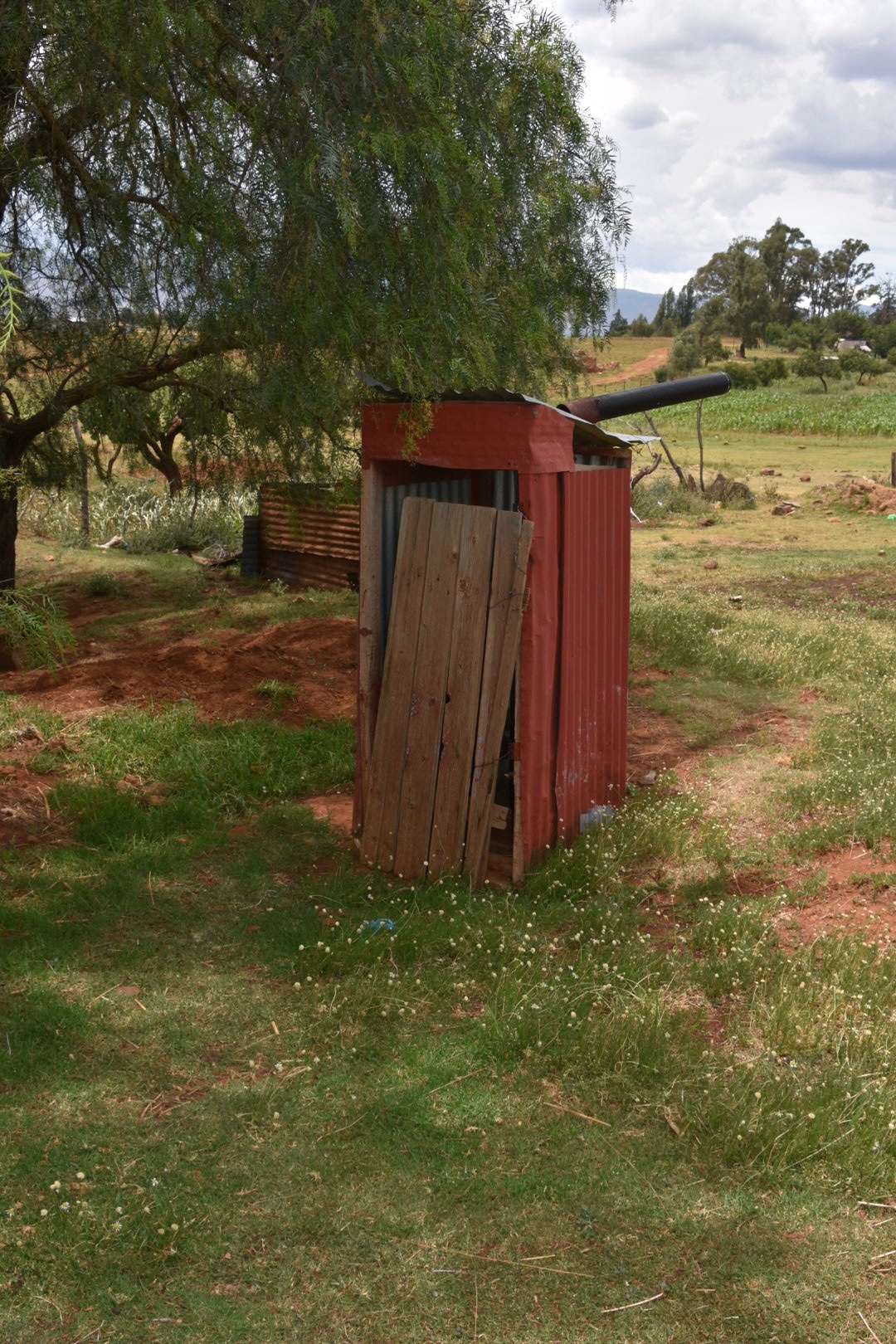 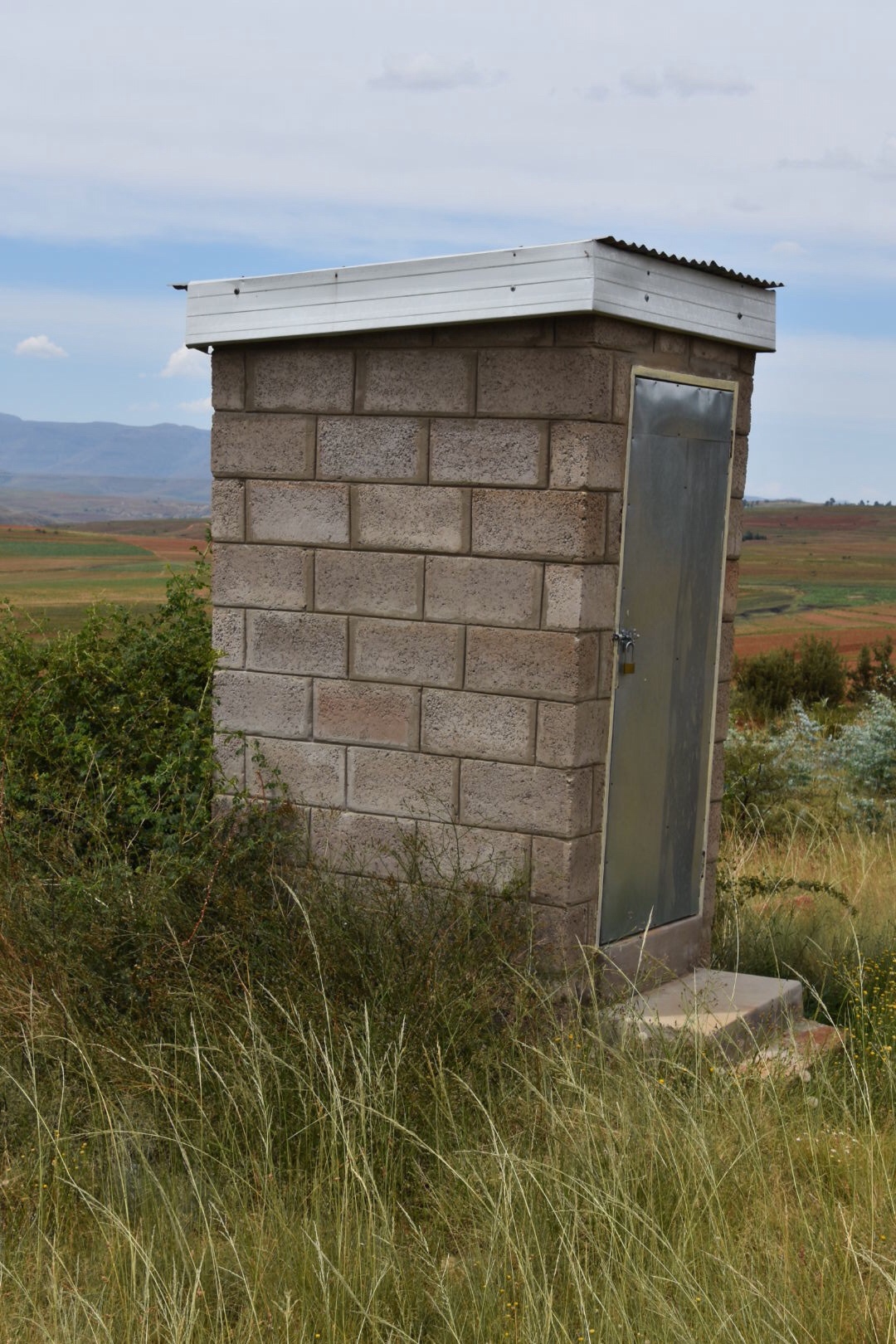 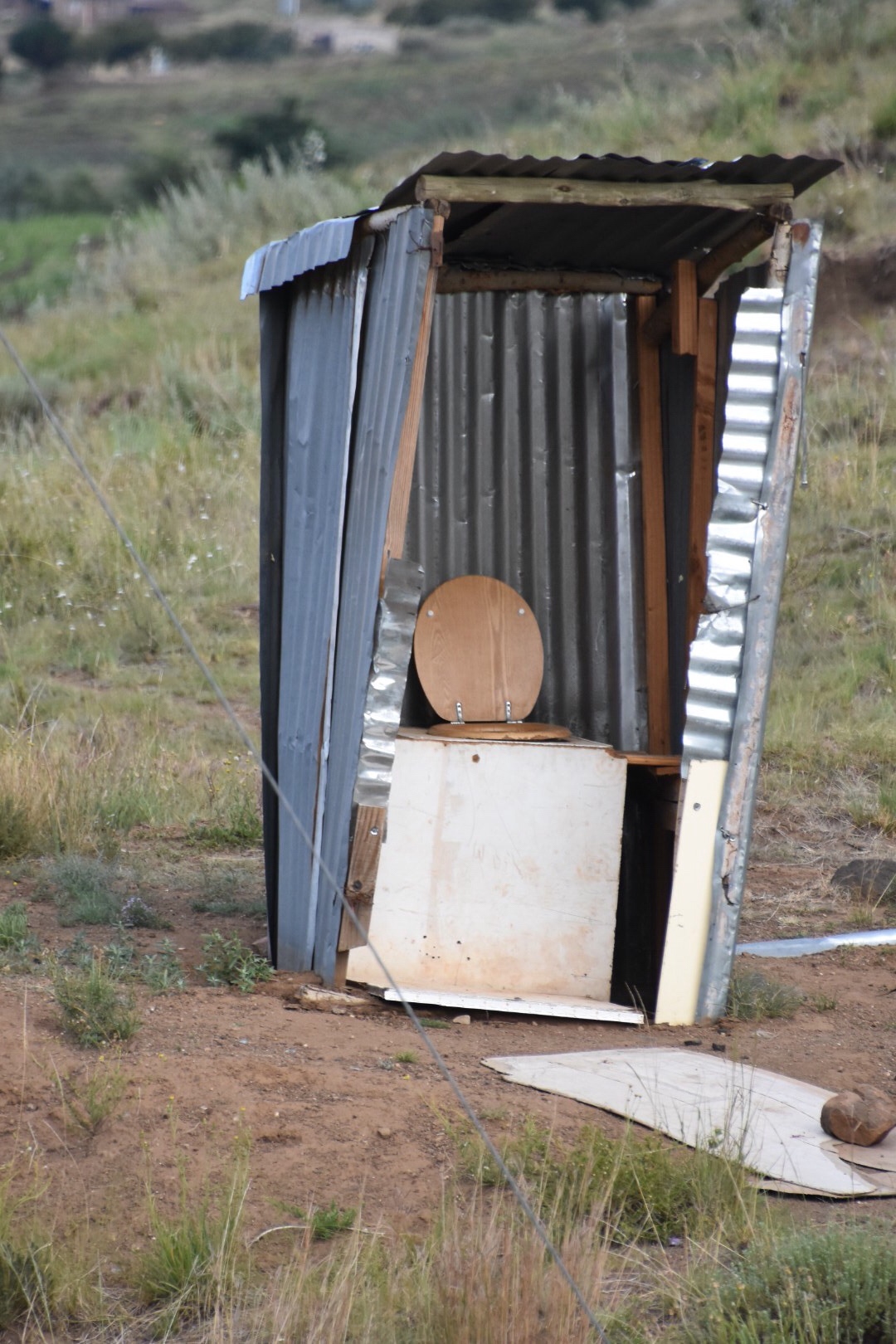