I spent time in four different countries on Tuesday – Liechtenstein, Switzerland, Germany and France and didn’t pay one toll. But it did take me seven hours and the little Mazda is great fun but not for long journeys.

It wasn’t long this morning before I was out of Liechtenstein and across the Swiss border which was a small inconsequential bridge. The first hour and a half were fairly boring. I must admit I thought Switzerland would have been much prettier but perhaps the north east is not where the scenery is at its best.

I switched to motorways for an hour but that was even worse and it meant missing out on the Black Forest (gateau) so I reverted to smaller roads and headed for Freiburg. I got rather more of Freiburg that I’d bargained for and I drove the suburbs for quite a while. I’m now somewhat of an expert in certain circles.

Not long after leaving Freiburg I found myself crossing into France over a bridge on the Rhine and then the road followed the river north for about 40 miles toward Strasbourg. It was quite lovely – certainly the best driving of the day.

The traffic in Strasbourg was awful. I nearly drove on and spent the night in Nancy 😉 but I couldn’t move. Apparently two days of strikes by the railway workers led to the chaos. It was infuriating and the hotel didn’t even have its own car park so I had to find a public car park and walk with my 30kg bag. I wasn’t happy but as I neared the hotel I heard a car in the traffic queue struggling to start its engine and I suddenly realised things could be a lot worse. I stopped moaning.

The Mercure was average however air conditioning made up for the absence of an electric awning and toilet phone. I found a local cafe for dinner and blogged with a burger. The old part of the city looks marvellous so I shall explore in the morning.

It was a beautiful morning in Strasbourg so off I went to the old town and visited Notre Dame Cathedral which was magnificent. One of the best I’ve ever seen. I strolled round for a few hours and certainly think I could return and spend a few days there. I saw a number of Syrian refugees around the numerous bridges. 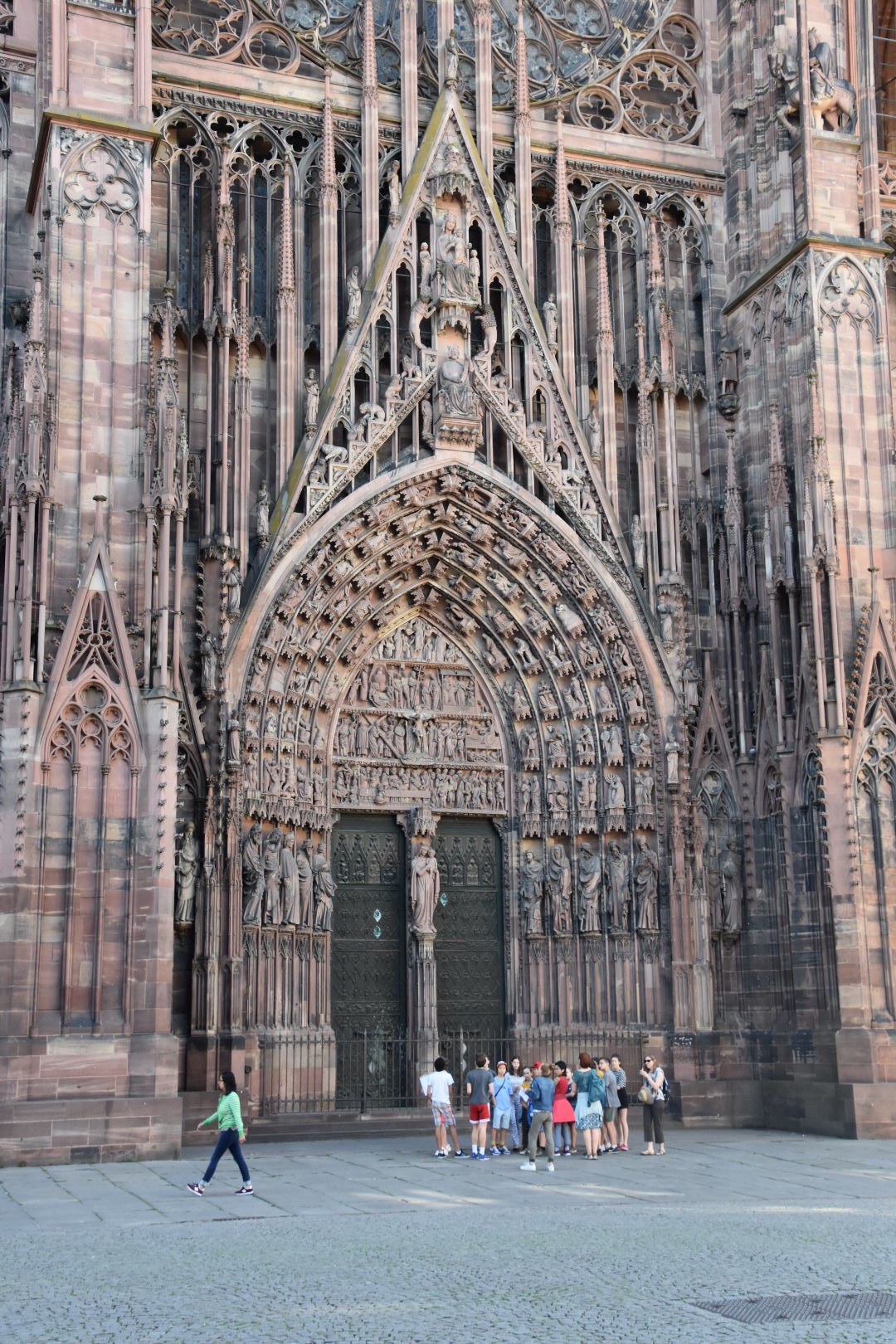 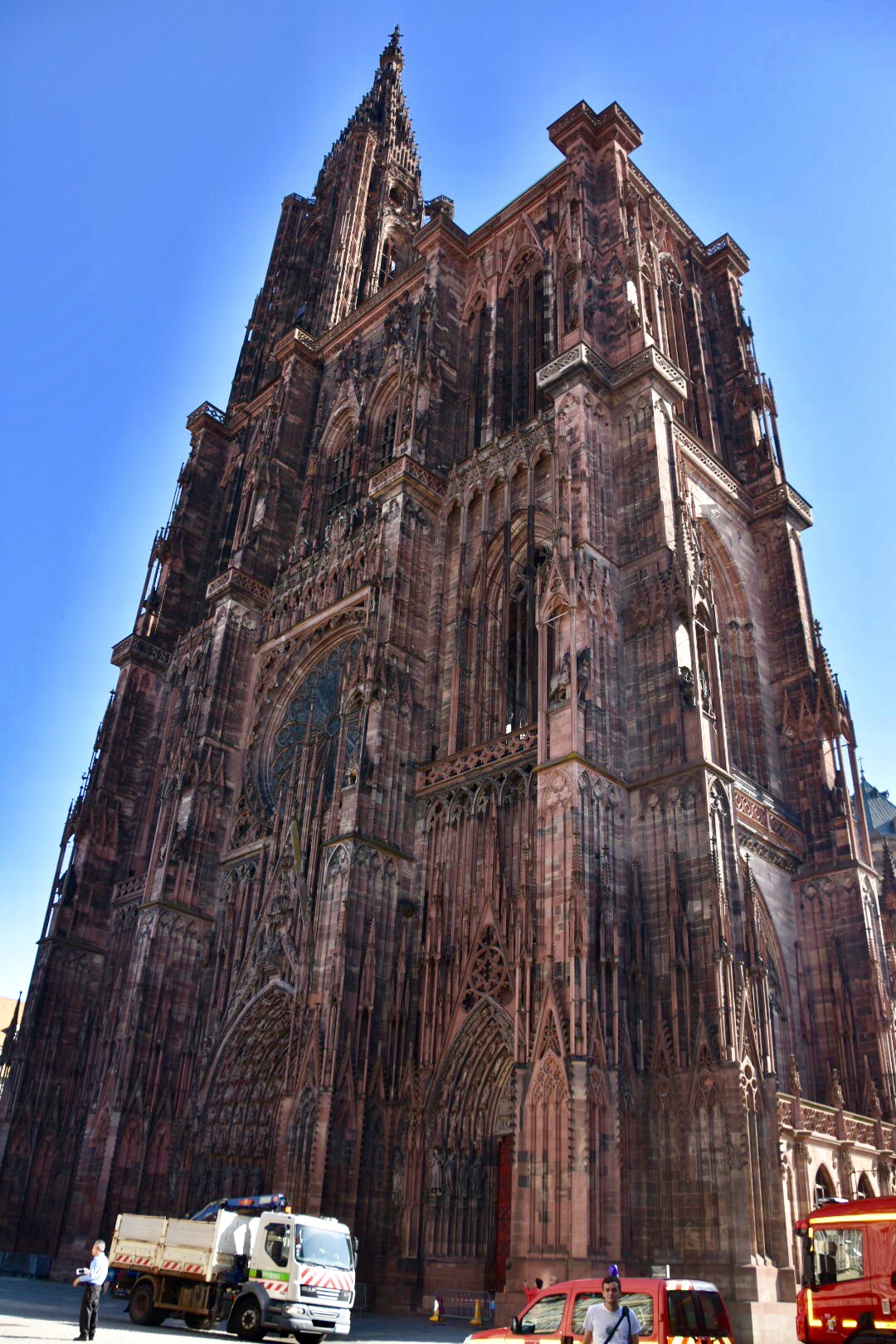 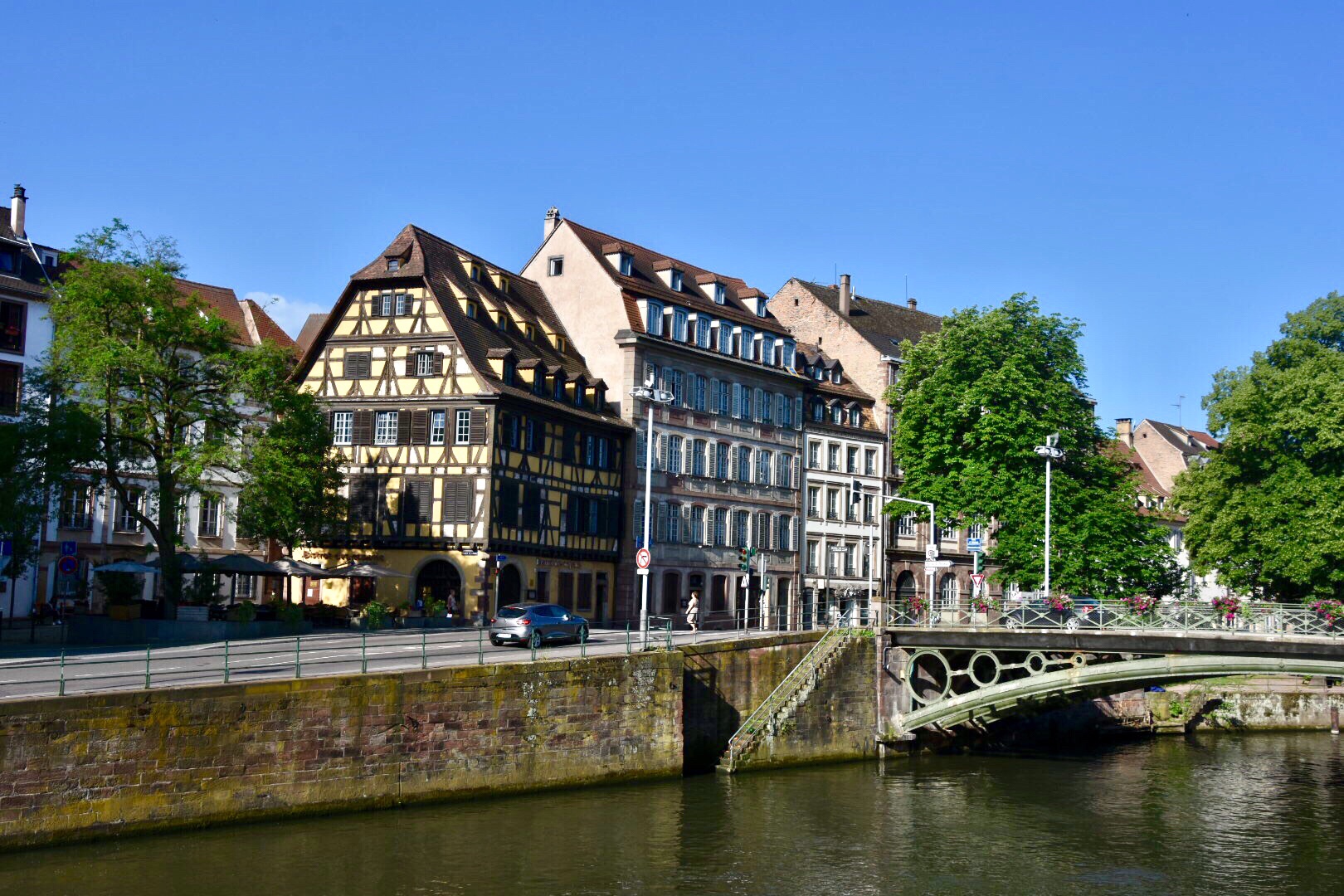