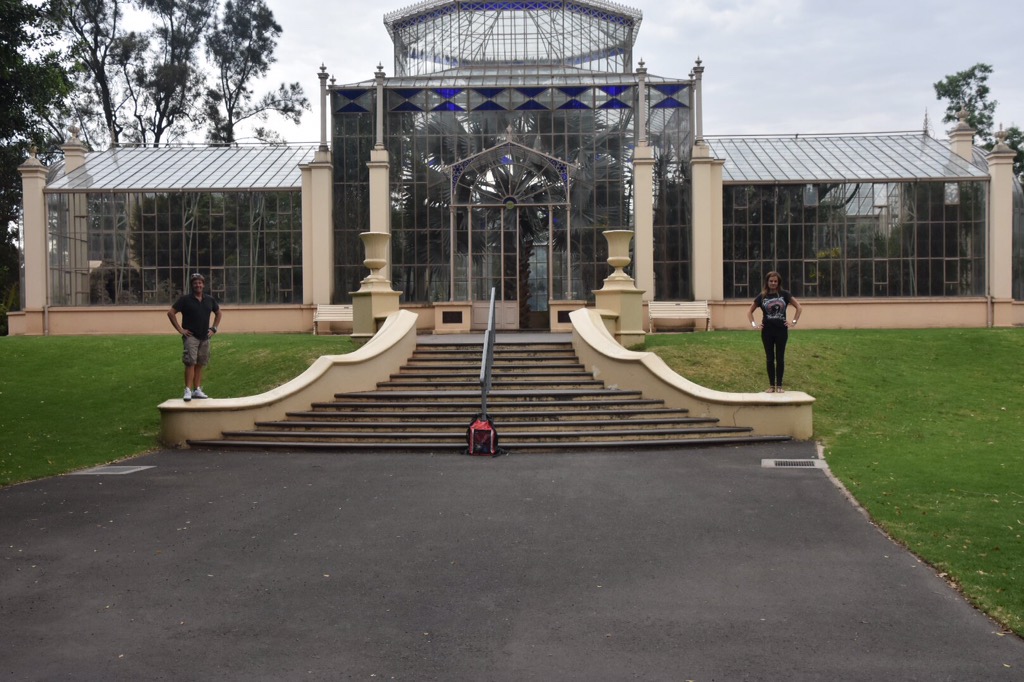 As they say “never judge a city by its container port” except in the case of Adelaide. In Perth they could sell condos and charge a premium for “container port views” but alas in Adelaide they could not. This is the last of the five big million plus cities in Oz coming in at fifth place with 1.3m. It is also the capital of South Australia.

Adelaide, despite being further south than most of the other big cities i.e. further from the equator, it often has higher temperatures. This is something I noticed on my first visit and wondered if it was just an anomaly but today’s high around the cities has Sydney at the lowest with 23C and Adelaide at the top with 35C. Even Darwin is only due to hit 33C today and that’s 1600 miles away in a mostly northerly direction.

My man flu has receded slightly thanks to some German nursing (surprisingly good) so I trotted off the ship with Ben and Astrid in search of fun, excitement, architectural beauty and a good chemist. We were docked in the most boring place I’ve ever been docked in and needed a forty minute bus ride to the city. I’m currently reading Bill Bryson’s Down Under and he was rather complementary about Adelaide which was a surprise because I thought it was decidedly unimpressive. There were some nice parts with some moderately lovely Victorian buildings and the tree planters had done a good job if uniformity was the aim, but the vibe just wasn’t up to snuff IMHO. A rather peculiar and anecdotal observation was the attractiveness of the people. Melbourne and Sydney have a high number of fabulously fetching folk whereas in Adelaide they do not.

Straddling the Torrens river we headed for the city and mooched about for a few hours including the shopping district which was pleasant enough despite a girl singing some highly ambitious tunes with organ assistance. I would have paid her to stop. One of the issues with our trio is none of us have a plan and then after a while Ben feels the need for seafood or a fishy experience. Astrid is so easygoing and her poker face gives nothing away. There’s little vibration from the “time of her life” and “utter disaster”. I did however achieve my PB for an art gallery (7 minutes) and we glanced the botanical gardens so all was not lost. In truth none of us were feeling on top form as the illness on the ship continues to strike.

I was back on the ship by early afternoon contemplating taking tours in future just to keep me out longer. We were here until midnight. Anyway, I return to Adelaide for a long layover on the Indian Pacific in a week or so and will try to do Barossa Valley, home to fifty wineries.

My fifth favourite of the big five cities. Not as disappointing as Darwin but Bill Bryson did build it up somewhat.