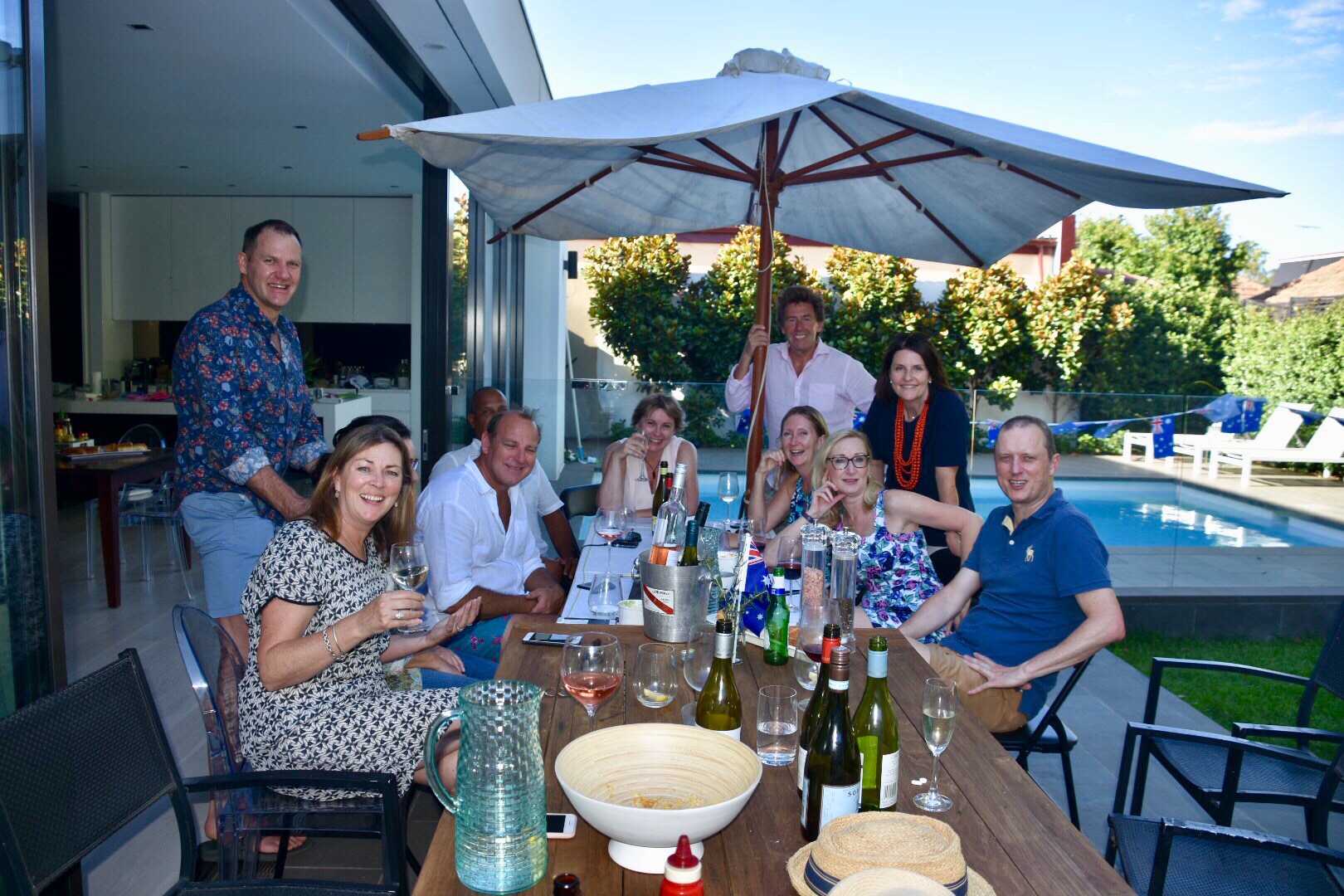 As I left the hotel just before sunrise, walking alongside the river Yarra, my attention was drawn to the sky as five hot air balloons majestically floated across the city. I headed toward Fitzroy Gardens which has become my favourite place for an early morning perambulation. Aside from the stress of the sprinklers, it was marvellous. 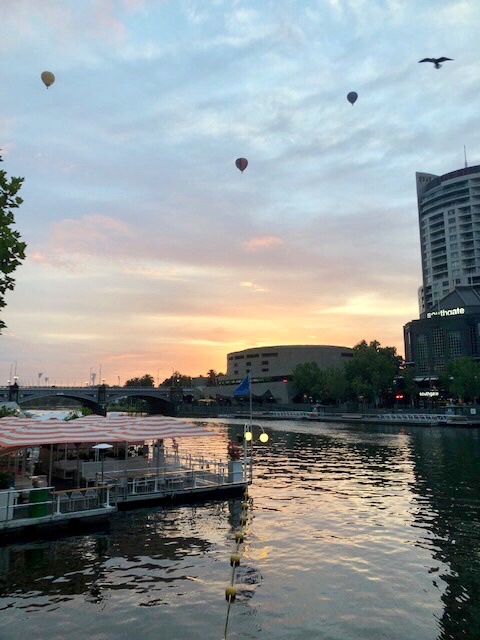 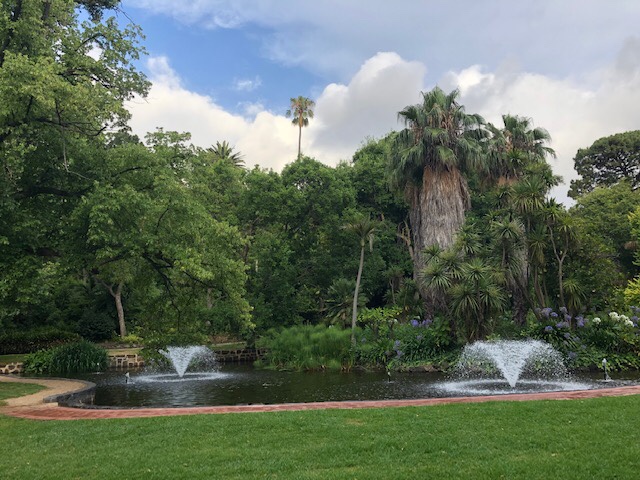 January 26th is Australia Day which marks the anniversary of the arrival of the First Fleet of British ships in 1788. It is also known as Invasion Day by the Aboriginals and their growing number of sympathisers.

I’d never been in Australia for their national day before and Jason and Lisa, who are friends of Sue, were having a barbecue so celebrating with Aussies was quite special. There were four other couples – Marcus and Caroline, Scott and Fiona, Martin and Belinda and of course Anne and Keith. There were also three teenage kids, Lisa’s brother Ashley who was visiting from England and Sue. Ashley had arrived the day before and gone straight to the tennis to see Djokovic win his semi-final. He paid 900 Australian dollars for what turned out to be a 90 minute walkover. 10 dollars a minute! Talking to Caroline, it turned out that a previous boyfriend called David had gone out with Kylie Minogue when she was just 17. David has never been married. Playing six degrees of separation, I’m now only a 3 from Kylie.

The four Aussie couples had all met their respective partners when they worked in London. It was very enjoyable indeed and I set a new record in afternoon wine consumption. If I lived in Melbourne, these guys would be my friends.

I headed back to my hotel in the early evening and watched the women’s final in the bar and chatted with some Canadians from Ottawa. I retired before the end and passed out on my bed fully clothed. I awoke at 3am wondering who turned the TV on. I decided to get up and prepare for my morning flight to Uluru. A great few days in Melbourne. 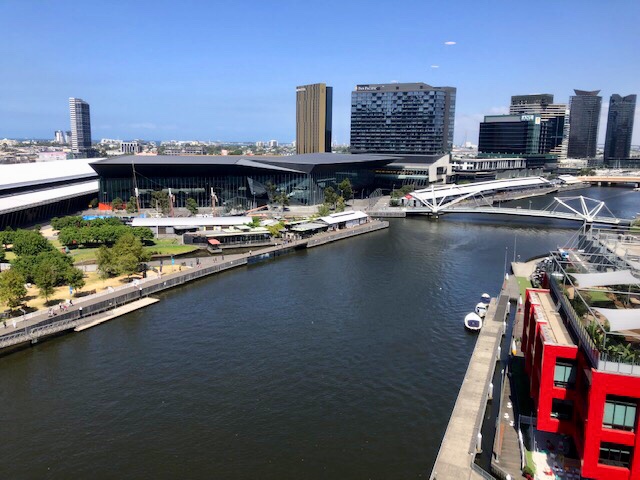 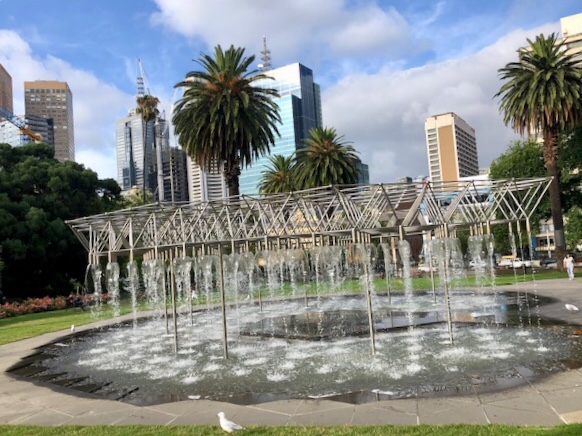