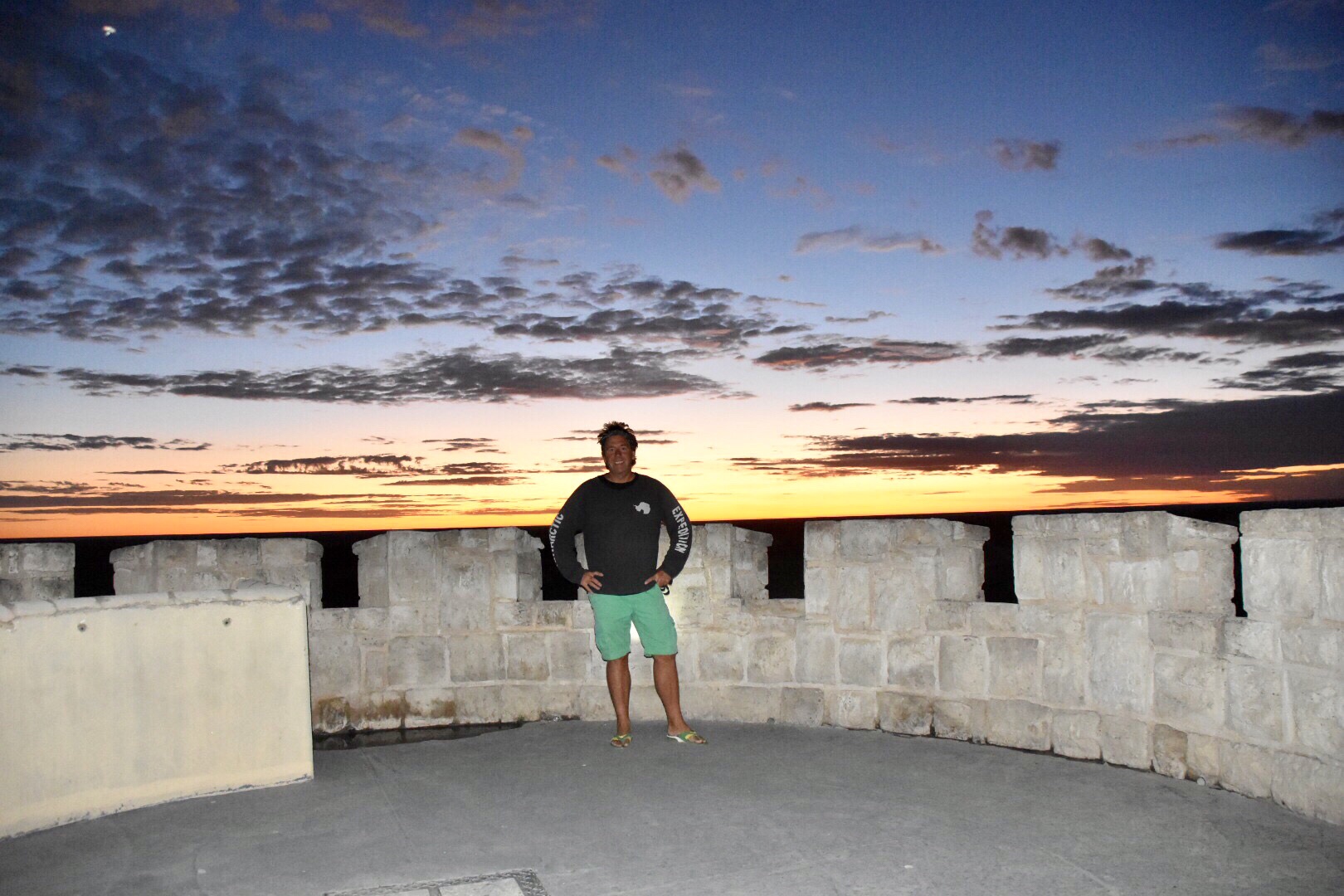 We left Khorixas and headed for Etosha National Park which is regarded as one of the top safari parks in the world. En-route we passed through the small Namibian town of Outjo which had lots of non-working men loafing about. It’s well known that the Damara men folk from Damaraland are lazy buggers. They could get jobs but they choose not to.

We passed some termite mounds and were treated to a lesson on the ways of the termite which I shall now share. They are the largest producers of methane gas in the world, not the cows as most people think. There is a caste system with a king and a queen (who is three times the size of a normal termite) and her role is to produce eggs – 20,000 per week. There are workers and then there are the reproducers which turn into flying ants and go off to start other mounds.

On the bus we did a country count and Lawrie was the winner with 101. Brenda was second with 87. The Americans were last with only 20. Les (63) and his wife Iva are on 49. Odd couple. Let’s just say they found each other. 4 grown up children so they’ve done it at least four times which is quite surprising. They were on the TV show Eggheads about ten years ago which isn’t surprising. Iva can take the humour out of anything. You could give her the funniest jokes in the world and she could ruin them with her delivery. Chris Rock can make almost anything sound funny. Iva does the opposite. She’d be the perfect therapy in a laughter addiction clinic.

We reached Etosha, which means big white place (named after the enormous salt pan in the centre of the park) at lunchtime and I upgraded again. Still only managed four nights in a tent. They went off on a game drive and saw lots of far away animals but I remained in the camp and walked round it numerous times – not getting enough exercise. In the evening we all went to the watering hole to see what animals might turn up but there’d been so much rain in recent days that the watering hole was no longer the lure it once was. 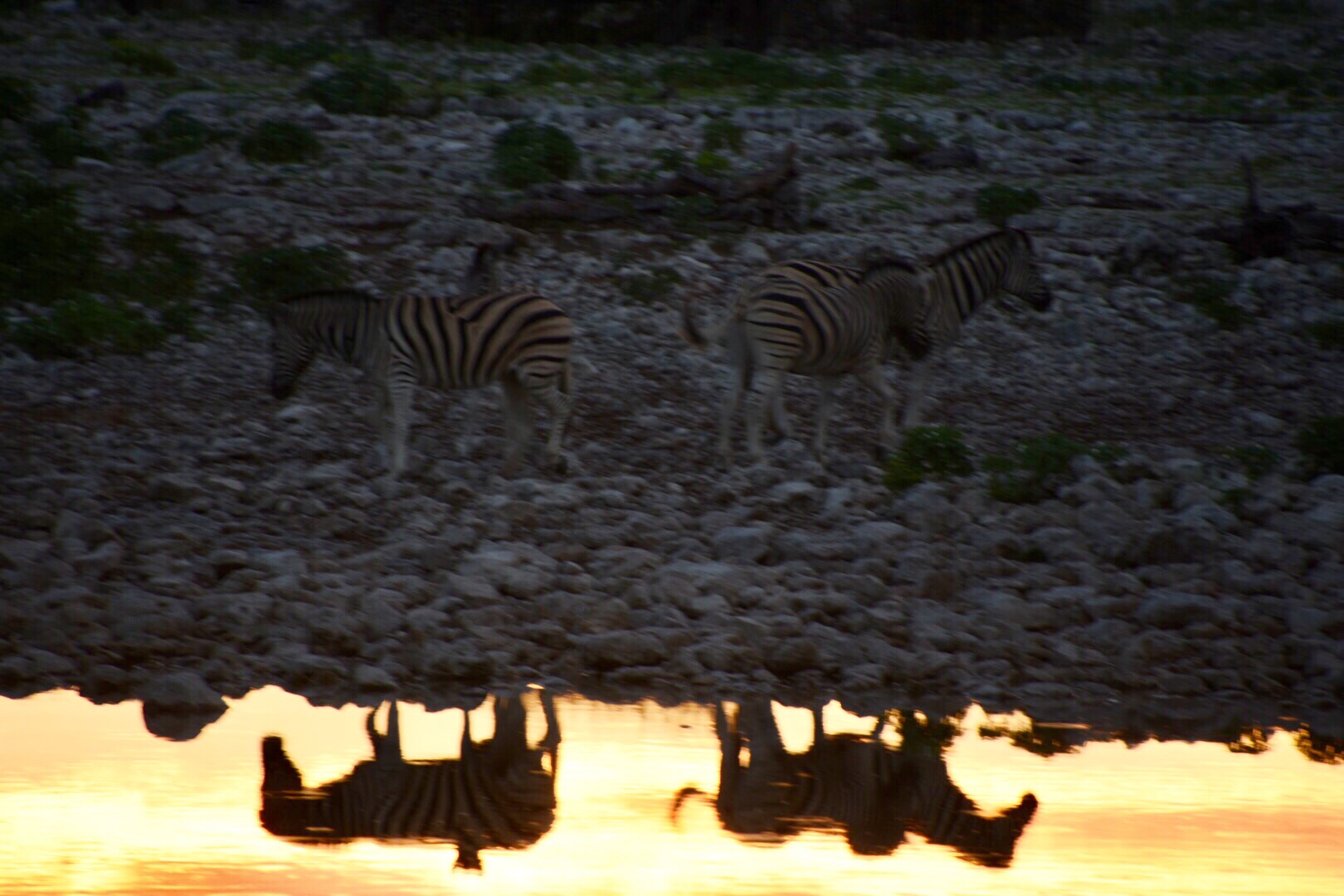 Wednesday was one long game drive which became quite tedious as we stopped for animals, many of which were about a kilometre away. The best moment was when the truck was nearly charged by a rhino. It had run away from a lion we saw in the distance and it came straight toward the truck. They have terrible eyesight so about 15 metres out it heard the clicking of camera buttons and stopped. All of a sudden there was a snort and it’s body shaped for a charge bit it decided to run away instead. Most disappointing. 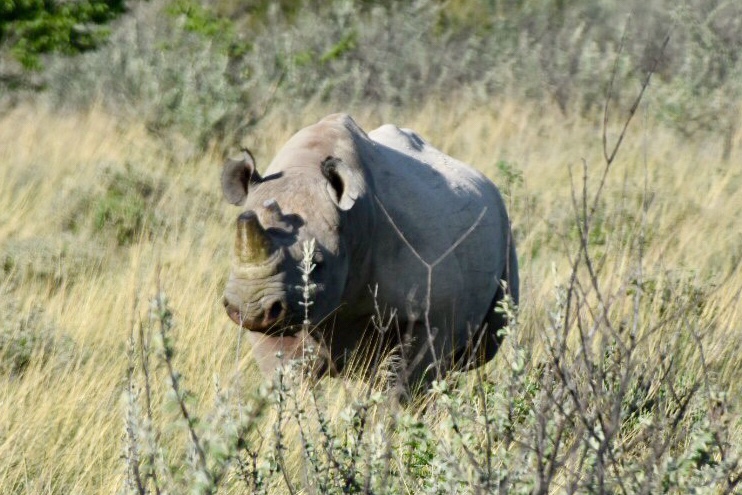 We came to our second Etosha camp at about 3pm and my upgraded room was marvellous. A sunken bath no less. On the way we’d seen a few cheetahs lying under a tree a good distance away but it was a new animal sighting so another tick. There are more cheetahs in Namibia than anywhere else in the world.

I don’t mean to sound blasé about the animals but once you’ve seen them once, twice, three times, interest levels plummet. Yesterday when the group saw their first impalas and they were darting all over the bus taking photos I mentioned that then excitement factor would wear out quickly. It did. Best sighting of the day. The most photographed acacia tree in Namibia. 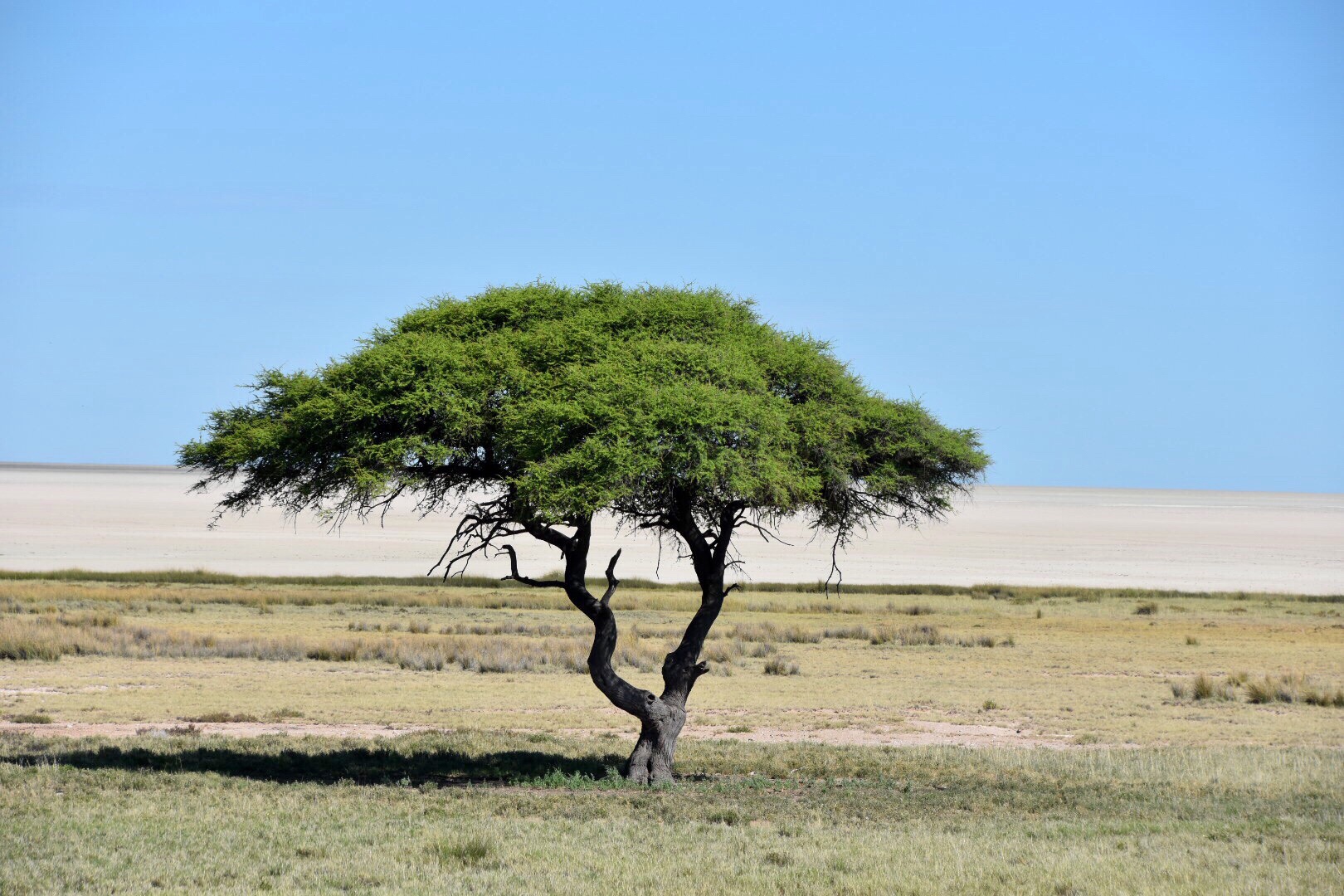