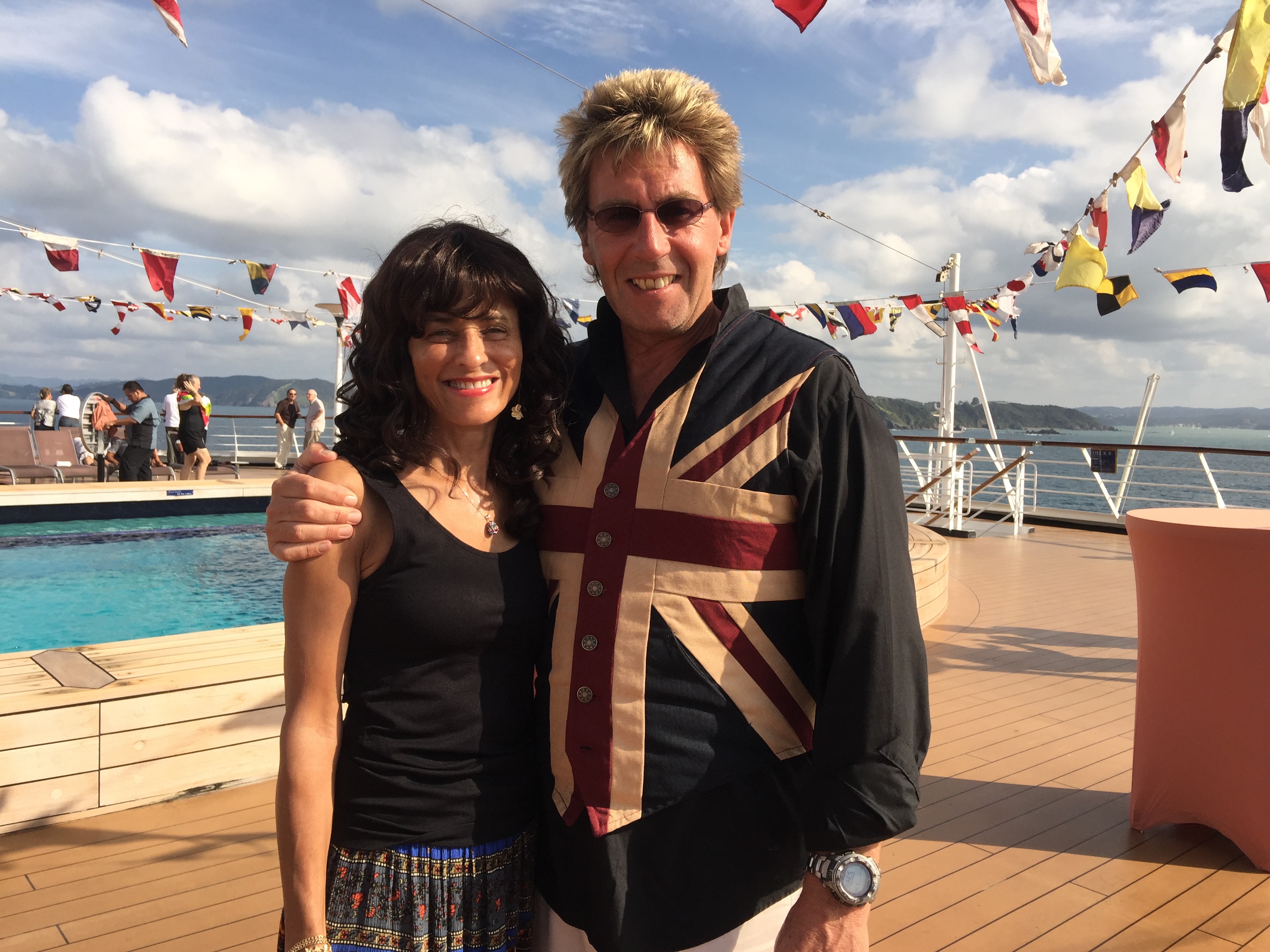 The flight from London arrived at Miami International at 2pm and I was on the ship by 4pm which was good going. The taxi driver from the airport to Port Everglades was from Haiti and came to the US 30 years ago using a dead persons birth certificate which he paid $3000 for. Then he gave it back as part of the deal. I wonder how many Haitians this dead person assisted in making a new life in America. An interesting legacy.

Upon boarding one of the check-in staff asked if I was one of the lecturers because she recognized me from last year. Apparently “history” is my specialist subject! Still, it’s a change from Rod Stewart.

That evening we didn’t sail until 11pm and they had a solo travelers event at 7pm. Unlike the previous cruise where 8 people turned up (10 if you include the German lesbians), there were 60 people and word has it that there are about 200 solos on the boat. There was no official organization so I went round and introduced myself to everyone. A number of them thought I was hosting the event. A future job perhaps…

The majority were in their sixties and seventies but there were enough younger folk including two other Patrick’s. We decided to stand together so when a new person came along and introduced themselves we could say “hello, I’m Patrick” three times. Sometimes you have to take pleasure in the simple things.

The following morning at breakfast I saw an older guy with grey hair, jeans and cowboy boots and I had one of those glimpses of the future. He looked like the oldest swinger in town. I took note!

There are 1200 on board with a maximum capacity of 1380 and most of them are doing the whole 115 day world cruise. Americans make up the largest contingent followed by Canadians, Dutch and English. One Argentinian and a couple of Swedes.

I’m still undefeated in the morning power walk around deck three although in fairness the competition isn’t much. Still, a win’s a win! The gym is like a scene out of Cocoon. I’ve not seen a septuagenarian doing sit-ups on an incline bench before but Mardy told me she does 60 a day. She was 73 but looked 83 so I can only conclude that 60 sit-ups a day causes premature ageing.

I’m on first name terms with the casino staff and there’s a Japanese guy that likes blackjack and speaks little English. I told the dealer that I liked playing with him which she found amusing. He plays correctly and doesn’t talk too much. The other evening I pulled a running flush in three card poker which is the best hand you can get and pays 40-1.

The full-sized tennis court was a blatant lie so we have to play paddle tennis and I play with Welsh Dave, nomad Joannie and Rabbi Bob. There are three clergymen on board – a priest, a minister and a rabbi. No Muslim cleric.

I’ve certainly acclimatized to cruising much quicker this time round. Karla and I were on different dining tables but she’s sorted that out. We’ve sat at a number of tables looking for fun people as there’s a bit of a shortage. We now have a table of 10 which is 9 Americans and me.

Next report – Costa Rica and Panama