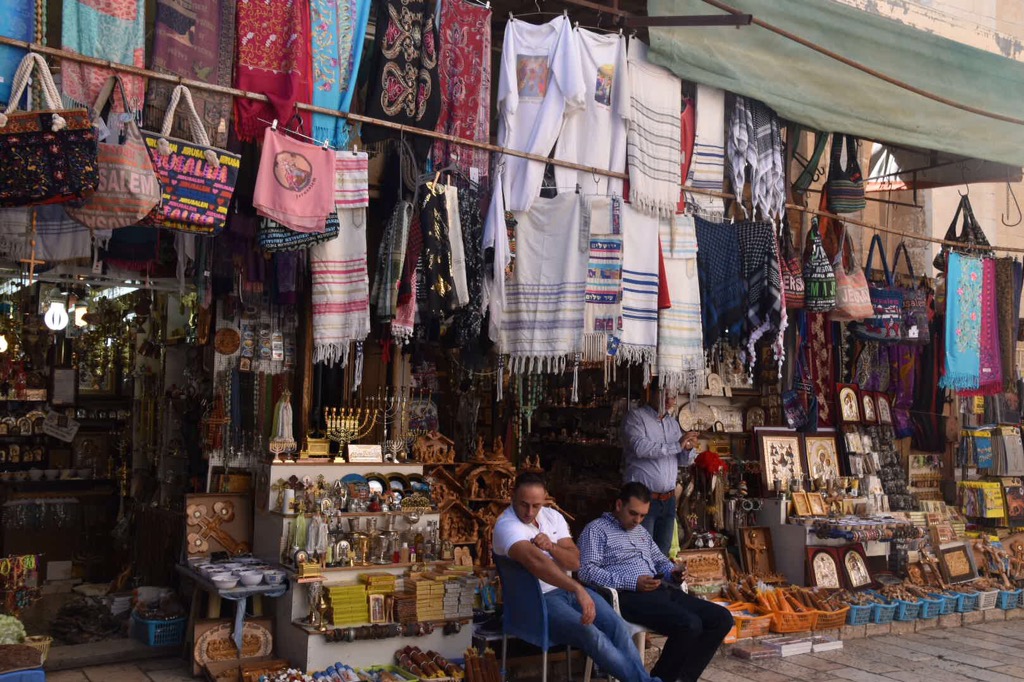 Ashdod is the main port of Israel located about 25 miles north of the Gaza Strip. We were booked on a tour (I think the whole ship was booked on a tour) and we headed about 50 miles inland to Jerusalem.
Israel is a small country with 8 million people and a few facts that I found particularly interesting are: in 1952 Albert Einstein was offered the position of President of Israel. He turned it down. The second which is something they are very proud of is that they are the only country in the world that started the 21st century with more trees than they started the 20th century with. I thought about this for a while because it disturbed me somewhat. How do they know? Does every country do a tree inventory each January and if so just how long have they been doing this. In my 51 years this is the first time I’ve been aware of tree counting. Personally I think they made it up.

Our guide was a nice chap whose jokes were a little too clever for a slow witted bunch of septuagenarians but this didn’t seem to deter him. Apart from a few inaccurate stats and numbers (which upset me far more than they should) he did a grand job which must be quite stressful at times herding 33 “world travellers” around a busy city.

Our first stop was some hilltop where we could see the city of Jerusalem and within that, the old walled city which looked lost in the sprawl. The second stop was the garden of Gesthemene which was rather small. Nearby there was a Greek Orthodox Church as well as a Russian Orthodox Church who both claimed to have the tomb of Mary. It turns out that there are 21 sites across the Middle East that claim Mary is buried there and of course all of them are telling the truth. All I know is that at least 20 of them are not.

Next stop was to go inside the old walled city whose walls were built in the 16th century by our old friend Suleiman the Magnificent (busy chap). There are eight gates leading into the city and we went through Jaffa Gate which made me feel a little peckish. Inside was spectacular indeed with fabulous architecture, narrow streets as well as large open areas and a hustle and bustle that was a joy to witness. One of our group commented that Orthodox Jewish men wearing black always seem to be in such a hurry.

We walked around, bought some tut, took some photos and then it was off to a kibbutz for lunch. I’ve not been to one of these before but it wasn’t like I’d imagined. A cross between a church hall and a conference centre.

After lunch we stopped on Mount Zion for another Kodak moment and then headed back to the old city (passing by a cemetery where Oscar Schindler was buried) for the finale. Drum roll. We went to a place (can’t remember what it was called) where the last supper was held…apparently. It was all a bit vague and as our guide said, it was written about 300 years after the event so some details might have got lost or mixed up or made up or anything. It would be like us trying to piece together events of 1716. Half my group couldn’t even remember what they had for breakfast let alone 300 years ago.

I was starting to get religion which could play havoc on my wardrobe so I needed something to dissuade me and there he was. An Orthodox Jew scurrying by dressed all in black with long ringlets in front of his ears and wearing a hat that looked like a furry lampshade. All religious inclinations I may have had went scarpering. All thanks to a shtreimel. It was Sunday and Jews were celebrating Sukkot which meant that hats could be worn. Normally it’s the yamaka or kippah (skullcap).

Finally we arrived at the Western Wall or Wailing Wall. This was my bucket list ambition of the day and so long as I put on a yamaka I could go in and touch the wall which I did. The outpouring of emotion was quite moving and it reminded just how praying can be unique to the individual. My hair and a yamaka don’t go well together especially if there’s a slight breeze so I had to hold on to it. Men and women are segregated at the Wall with the male side being about 50% larger that the female side. Having said that the barrier looked moveable no doubt to cater for “ladies day”.

It was a terrific day and I would very much like to come back to Israel if they’ll have me.

Simply stunning. Rio must rank as one of the most beautiful cities in the world.…