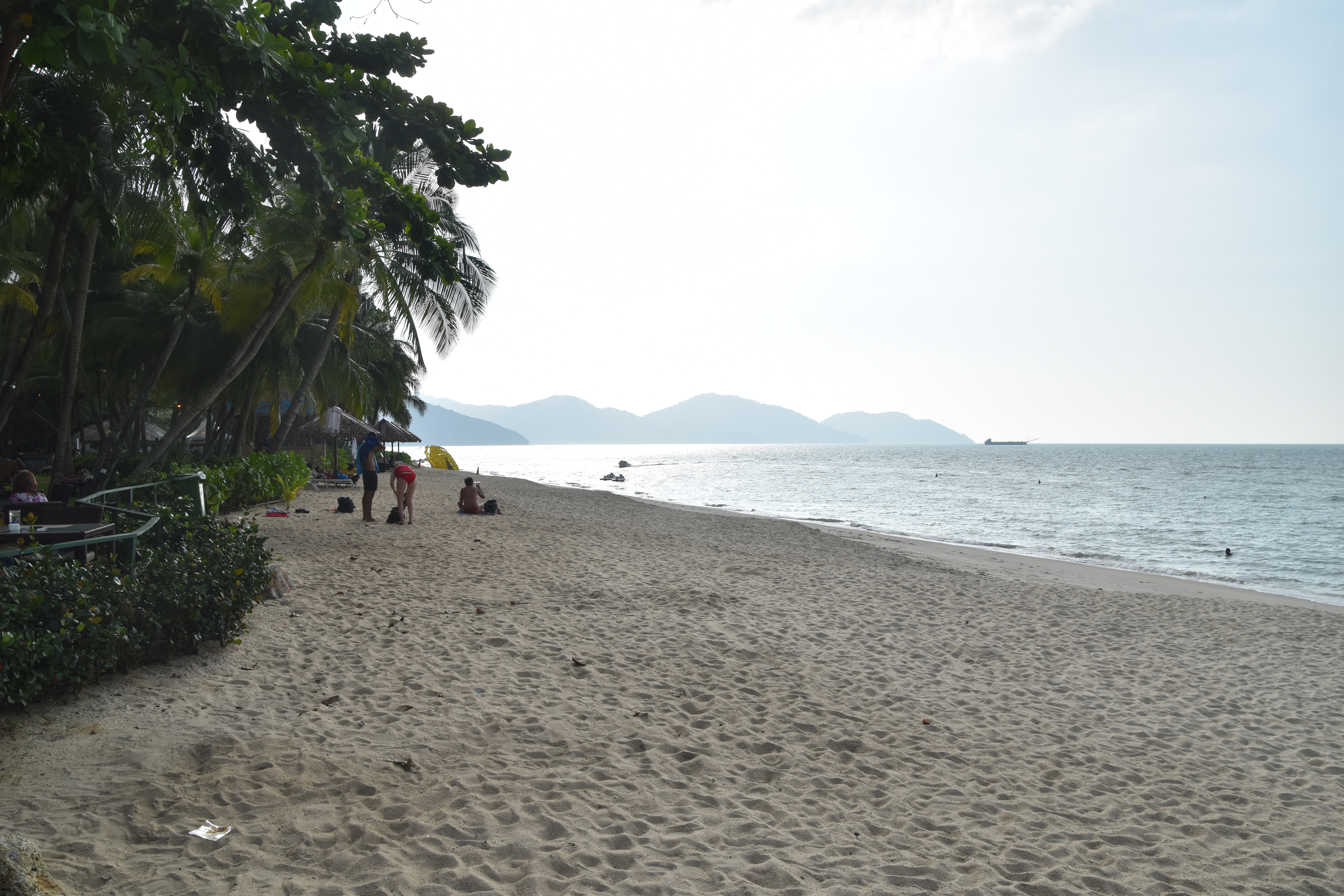 Penang is split into two parts: a section on the mainland and Penang Island off the west coast of Malaysia and the other side of the island is a body of water called the strait of Malacca which sounds terribly exotic. Penang’ nickname is the pearl of the orient and I’m at the Shangri-La resort on the northwest coast. The island is connected by a 13 km long bridge and it is 113 sq miles compared with say Antigua at 170 sq miles.

As I disembarked the bus I was accosted by Mr Miyagi (picture below) and he offered me a “special plice”. The journey to the the resort was a test of patience in true Miyagi style however at one point I think we did exceed 30mph albeit briefly.

He asked me about my domestic situation so I explained. He too is single (70 years old) but said it was hard to find someone at his age…unless of course he went to Thailand or Indonesia, so it’s not just a European thing (even ex-film stars). I wondered where 70 year old Thai men go looking for love. Perhaps Burundi.

We talked about the pension situation (there was a lull in the conversation so I just thought of anything) and they retire from 55 but the pension pot is split into three parts. One part for an emergency (leaky roof, expensive operation, rather nice pair of shoes), the second part to purchase their FIRST house only and the third part cannot be touched until they are 55 even if they have another emergency. As they say in Malaysia “choose your emergencies wisely”.

The resort is great and at last I’m at a beach resort although there were a number of captious guests at the front desk which was entertaining.

I’m up at 4:50 and I can see stars which to my untrained part Navajo meteorological eye means an absence of clouds. Speedos and chip oil for me today which I know conjures up a wonderful image! In the distance I can hear morning prayers have just started which is fine from here but if I lived next door I may invest in triple glazing.

Now the financial report for the region.

Using nominal GDP as opposed to PPP GDP here is a run down of the places I’ve been (and will be visiting) from highest to lowest.

Then it drops considerably.

Taiwan even though I didn’t get to stop there (circumnavigating is way better) is $19980.

I know you’re enjoying the stats so just a few more. The country with the lowest GDP in the world is Somalia at $112 per person which I guess goes some way to explaining the piracy and subsequent ransom demands. The country with the highest is Monaco at $171465 hence the dearth of Monaconese pirates. I think they have one, Pierre who calls himself Pink Beard but he’s a complete amateur and nobody takes him seriously turning up in his Sunseeker with designer sunglasses and vilebrequin shorts. Honestly I ask you.

Off to Langkawi tomorrow by ferry!!! 2.5 hours and memories of Montserrat to Antigua are filling my head and although I managed not to throw up, there were several moments when I just wanted to die.

P.S. Update on the man overboard from the Oasis of the Seas. There was a video – passengers heard the commotion and filmed it on their mobiles. Go to heavy.com – it’s quite disturbing. 35 year old Brazilian. The boat came to a halt and then circled for a couple of hours with some boats in the water but they couldn’t find him. They were off the coast of the Turks & Caicos. Search called off the day after! His “husband” was distraught.